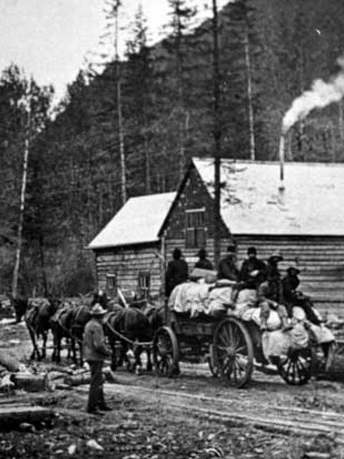 The Board of Road Commissioners for Alaska – better known as the Alaska Road Commission (ARC) – was organized by order of U.S. War Secretary (and future president) William Howard Taft to oversee construction of highways in what was then an American territory. The ARC was created in response to a steadily growing demand for adequate roads in Alaska. The first head of the commission was U.S. Army Brigadier General Wilds P. Richardson; he served in this role until 1917.

The ARC wasted little if any time carrying out its work and, within just a couple of years, upgraded 200 miles (321.87 kilometers) of existing trails and cleared 285 miles (458.66 kilometers) for new routes. The ARC’s major accomplishments included bringing about needed improvements to such key Alaska roads as the present-day Richardson Highway and Steese Highway. Overall, the ARC left a far-reaching imprint on highway development throughout Alaska.

One ARC legacy still around today can be seen in Denali National Park and Preserve. Some of the shelter cabins built there by the commission during the construction of the Denali Park Road are now used as patrol cabins by National Park Service rangers.

For more information on the Alaska Road Commission, please check out https://en.wikipedia.org/wiki/Alaska_Road_Commission.