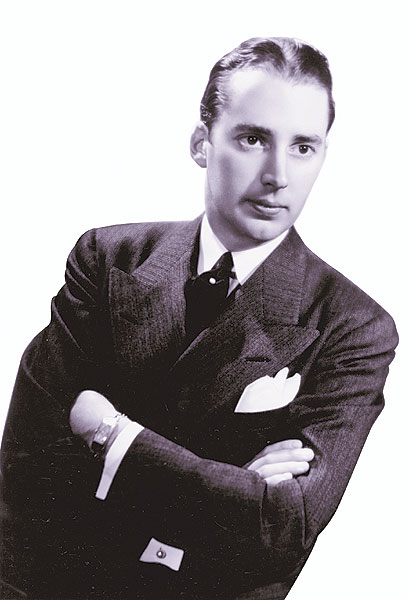 Industrial designer Brooks Stevens was born in Milwaukee. His wide range of design efforts included many with a transportation theme of some kind.

Stevens was stricken with polio as a child, and the experience proved to be pivotal in shaping his lifelong aspirations. While bedridden to deal with and ultimately prevail over polio, he was encouraged by his father to use the time to practice drawing. His father furnished him with plenty of notepads and other supplies throughout that convalescence, and Stevens spent countless hours drawing a variety of images and refining his artistic skills. He eventually pursued these talents even further while studying architecture at Cornell University from 1929 to 1933.

Stevens’ attempts to break into the world of industrial design were easier said than done. “I had to fight my way in to talk to anybody in the 30’s,” he recalled. “I had to not only justify myself but justify my profession.” Over time, however, Stevens succeeded in persuading a large number of companies to enlist his professional services.

Many of Stevens’ more memorable designs involved transportation. A leading example was his front-fender design for the 1949 Harley-Davidson Hydra-Glide motorcycle; nearly seven decades later, this design continues to be used for the company’s models.

A huge automobile enthusiast, Stevens made notable contributions to that mode of travel as well. He redesigned the 1962 Studebaker Gran Turismo Hawk coupé. Stevens also designed the influential Jeep Wagoneer, which was produced and sold for Jeep by several automakers between 1962 and 1991. While initially marketed as a station wagon, the Jeep Wagoneer is widely acknowledged today as one of the earliest sport utility vehicles. Stevens also designed a roadster called Excalibur and, along with his sons, produced and marketed this vehicle. More than 3,500 Excalibur cars were built, with comedian Phyllis Diller owning four of them.

In addition, Stevens upgraded the design for another iconic American car:  the Oscar Mayer Wienermobile. This vehicle, resembling a hot dog on a bun, dates back to 1936. In the late 1980s, however, the Oscar Mayer Company sought a new-and-improved version of the Wienermobile that would be driven far and wide by recent college graduates as part of a large-scale promotion program. It was Stevens who came up with the design for this new version.

Stevens’ innovative transportation-oriented contributions also encompassed railroads. He designed the Olympian Hiawatha, a passenger train operated by the Chicago, Milwaukee, St. Paul and Pacific Railroad (also known as the Milwaukee Road) from 1947 to 1961. Stevens’ design for this train included distinctive all-glass observation cars known as Skytop Lounges. This feature allowed passengers traveling on the Olympian Hiawatha between Chicago and the Pacific Northwest to more fully view and appreciate the scenic landscapes en route.

Stevens also developed an array of designs for the recreational boating industry. Working with such manufacturers as Outboard Marine Corporation, he played a major role in the introduction of automotive styling to leisure vessels. (A 1957 Sports Illustrated magazine article characterized these boats as “high-seas hot rods.”)

Stevens died in Milwaukee in 1995 at age of 83. “This was a man who overcame polio in his youth and never allowed it to stop him,” said Terrence J. Coffman, president of the Milwaukee Institute of Art & Design, in an Associated Press interview. “He continued to travel throughout his life, to promote quality design, to produce great design products that have touched all of our lives.”

For more information on Brooks Stevens, please check out https://en.wikipedia.org/wiki/Brooks_Stevens.