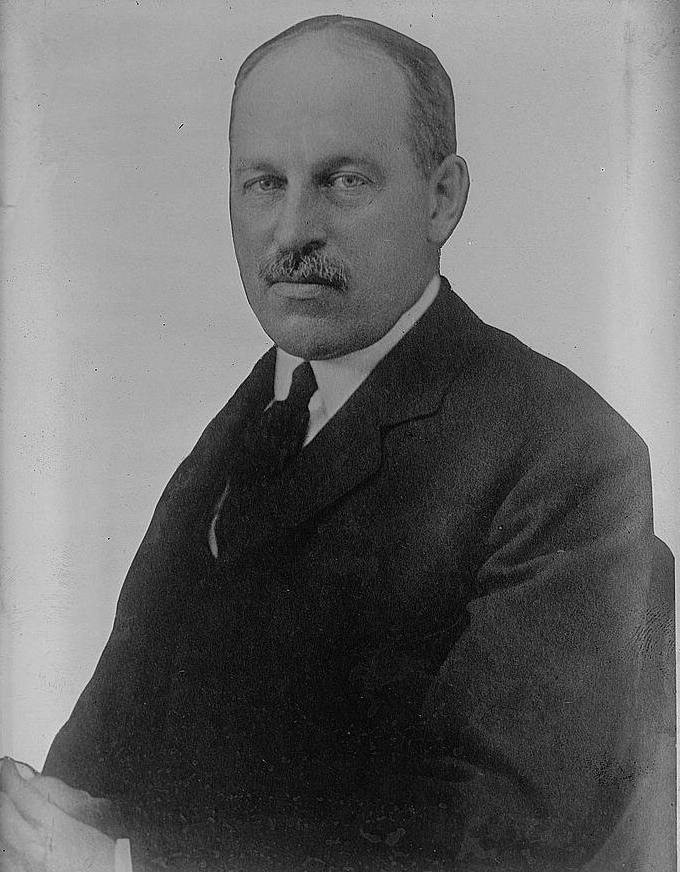 Railroad magnate William Wallace Atterbury died in Philadelphia at the age of 69. He had been born in the city of New Albany in Indiana in 1866. After graduating from Yale University, Atterbury started out in the railroad business as an apprentice earning five cents per hour at the shops of the Pennsylvania Railroad (PRR) in Altoona, Pennsylvania. He rose rapidly through the ranks and, by 1903, had become general manager of the company’s lines east of Pittsburgh.

In 1912, Atterbury was made vice president in charge of operations for PRR. He was elected president of the American Railway Association in 1916. Atterbury worked closely in this capacity with the federal government in transporting troops and supplies via railroads to the boundary with Mexico during the U.S. Army’s operations south of the border against revolutionary Pancho Villa.

That experience set the stage for Atterbury’s subsequent role during World War I when General John J. Pershing, who had led those U.S. troops into Mexico to try to capture Villa and was now put in charge of the American Expeditionary Forces in Europe, sought to more effectively transport soldiers and munitions over the railroads in France. The French agreed to put those railroad lines under American control, and Atterbury was recruited to coordinate operations along those vital routes. He was given the rank of brigadier-general and designated director-general of transportation of the American Expeditionary Forces.

Atterbury, who became widely known as “The Railroad General,” won a great deal of acclaim for his wartime efforts. He received formal honors not only from the United States but also France, Great Britain, Belgium, Serbia, and Romania.

Atterbury returned to PRR in 1920, resuming his role as vice president in charge of operations. In 1925, he became the company’s 10th president. Atterbury remained in this position until retiring just a few months before his death. His accomplishments as PRR president included electrifying significant segments of the railroad; steering the company into part ownership of airplane, truck, and bus lines to remain competitive; and facilitating door-to-door collection and delivery of freight.  For more information on William Wallace Atterbury, please check out https://en.wikipedia.org/wiki/William_Wallace_Atterbury.