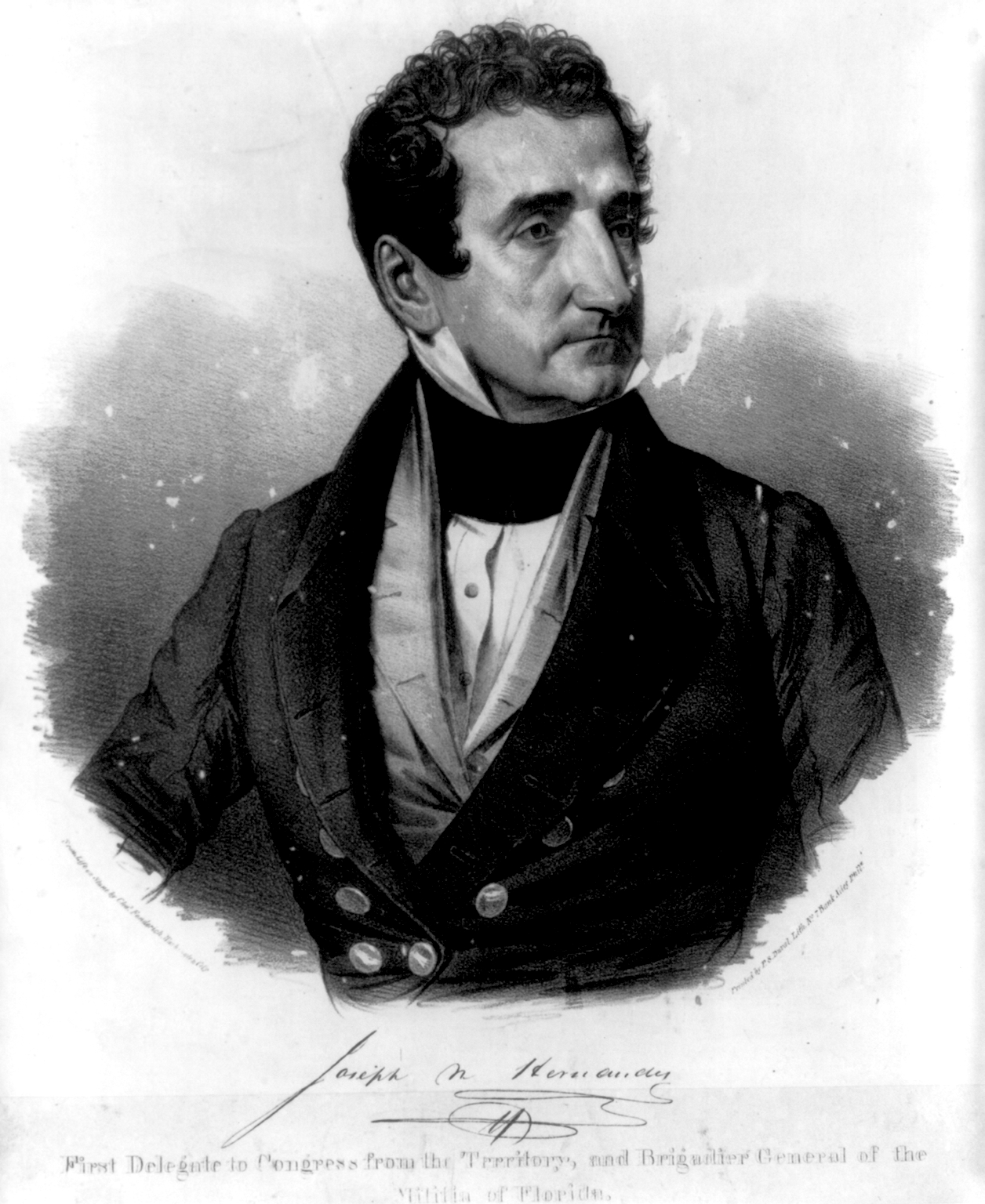 During the fall of 1822, a three-day election was held in the newly formed Territory of Florida to decide who would serve as the region’s first delegate to the U.S. House of Representatives. Joseph Marion Hernández was selected for the position, and as a result, he became the first Hispanic-American member of Congress.

Hernández, who was born in St. Augustine in 1788, ended up serving in the House of Representatives for only a few months. Notwithstanding both his brief tenure on Capitol Hill and the institutional limitations imposed on him as a territorial delegate, Hernández proved to be an impassioned and anything-but-shy advocate for capital improvement projects for roads, bridges, and canals in Florida. He championed the need for building a 380-mile (611.6-kilometer) road between St. Augustine and Pensacola, for example, and also lobbied for establishing roads south of the former of those two major settlements.

In February 1823, Hernández even submitted a bill appropriating funds for these routes. His bill passed the House, but did not survive the Senate. More than a dozen years after his time in Congress, Hernández was directly involved in developing a road in Florida (which didn’t become a state until 1845). This took place when, as a U.S. Army officer, he oversaw construction of what is now widely known as the Hernández Trail between St. Augustine and the vicinity of present-day Fort Pierce. This route was the first major road connecting those two sections of Florida’s Atlantic coast. Hernández, who eventually moved to Cuba, died in 1857.

For more information on Joseph Marion Hernández, please check out https://en.wikipedia.org/wiki/Joseph_Marion_Hernández and https://www.loc.gov/rr/hispanic/congress/hernandezj.html.

Additional information on the Hernández Trail (also known as the Hernández-Capron Trail) is available at https://en.wikipedia.org/wiki/Hernández–Capron_Trail.