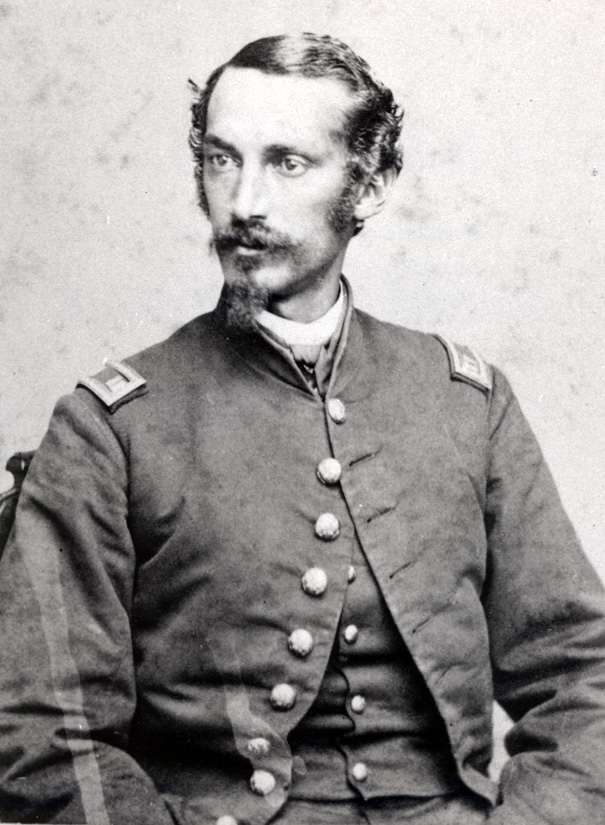 Federico Fernández Cavada was born sometime around 1831 in the city of Cienfuegos on the southern coast of Cuba. After his father’s death in 1838, his U.S.-born mother brought him and his brothers with her to live in Philadelphia. Fernández Cavada, who became both an engineer and topographer, joined the Union Army shortly after the start of the Civil War.

Along with possessing expertise in engineering and topography,
Fernández Cavada demonstrated strong artistic talents. As a result of this formidable combination of skills, Fernández Cavada was assigned to the Union Army Balloon Corps during the Peninsula Campaign in Virginia to monitor and depict the Confederate Army’s activities. In April 1862, he soared above the Virginia countryside in the balloon known as the Constitution to sketch enemy positions and movements. The bird’s-eye visual imagery created by Fernández Cavada that day not only provided crucial military intelligence for the Union Army but also helped establish him as one of the earliest Hispanic-American aviation pioneers.