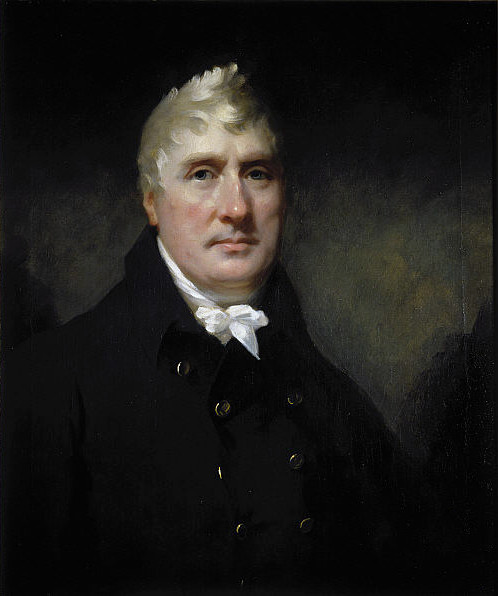 John Rennie, a civil engineer whose legacy included a wide array of notable transportation infrastructure projects throughout England, Scotland, and Wales, died at his home in London at the age of 60. Rennie had been born near the Scottish village of East Linton in 1761. He demonstrated considerable proficiency in mechanics at an early age.

Rennie, who studied at the University of Edinburgh, made his way to London in 1791 and launched his own engineering firm there. During the remainder of that decade, he focused much of his energies and expertise on the development of canals. The waterways that Rennie designed and built included the Lancaster Canal, the Chelmer and Blackwater Navigation, the Crinan Canal and the Rochdale Canal.

In addition, Rennie established a formidable reputation as a builder of bridges. He brought to these projects not only careful attention to details but also bold innovations, using new cast-iron techniques to create elliptical arches that were unprecedented in their combined width and lower-than-average height.

The London-based Waterloo Bridge, which made its debut in 1817, is considered to be one of Rennie’s architectural masterpieces. No less an artistic authority than Italian sculptor Antonio Canova called the structure “the noblest bridge in the world” and asserted that “it is worth going to England solely to see Rennie’s bridge.” As further evidence of its aesthetic appeal, the bridge was also the subject of paintings created by world-renowned artists Claude Monet and John Constable.

Rennie also invested his time and talents into the construction of docks at London, Liverpool, Hull, Greenock, and Leith. He played a similarly pivotal role in improving the harbors and dockyards at such locations as Chatham, Devonport, Portsmouth, and Dunleary.

Rennie’s civil engineering projects extended to lighthouses as well. One prominent example in this regard is Holyhead Mail Pier Light on Salt Island in Wales. This conical structure was completed the same year in which Rennie died, and it remains intact today.

Rennie’s overall record of accomplishments has likewise proven to be durable. In 2014, he was inducted into the Scottish Engineering Hall of Fame.

For more information on John Rennie, please check out http://www.engineeringhalloffame.org/profile-rennie.html

One thought on “An Accomplished Civil Engineer Passes Away in London”