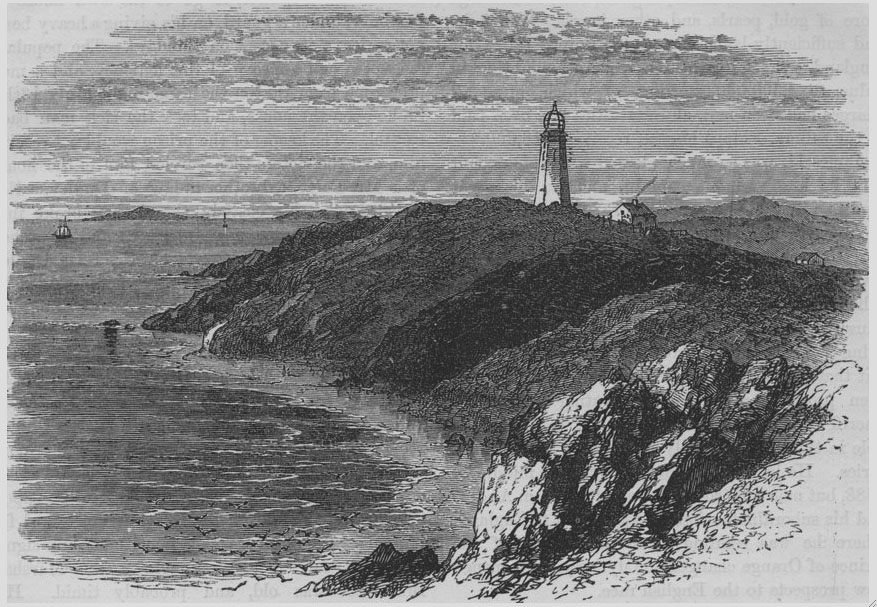 Over the course of many years, a large number of the Wampanoags have created a vital legacy of maritime activities and service in their part of the world. A strong example of this legacy involves their work at the Gay Head Light in Aquinnah. This lighthouse, which was the first one to be built on Martha’s Vineyard, began operations in 1799. Ebeneezer Skiff, the first person appointed to serve as the lighthouse’s keeper, soon started hiring members of the local Wampanoag community to help him guide and protect the heavy maritime traffic in the region.

The Wampanoag employees recruited by Skiff proved to be exceptionally conscientious and competent in assisting with maintenance and operations at the Gay Head Light, and this high standard of performance remained a constant in subsequent decades as other tribal members took over those roles. An especially challenging and memorable incident occurred on a brutally cold winter night in 1884, when gale force winds slammed the passenger steamship S.S. City of Columbus against a local rock-studded shoal known as Devil’s Bridge.

Approximately 100 of the individuals on board the vessel drowned within just a half-hour after she had run aground on Devil’s Bridge. The Wampanoags working at the Gay Head Light launched a surfboatout into the water and, with fierce determination, braved the strong winds and stormy seas to rescue those on the ship who were still alive. The Wampanaog surfmen and other rescuers finally made it to the battered steamship, and finding the 29 survivors huddled together on the deck, managed to transport them safely to the island. The Wampanoags involved in that rescue received nationwide acclaim for their lifesaving actions that night, and each of those men were awarded medals by the Massachusetts Humane Society for their heroism.

In 1920, Vanderhoop was placed in charge of the Gay Head Light. He was the 10th person to serve in that role. Over the next several years, he carried out his responsibilities as keeper with great distinction and throughout a number of major storms and hurricanes in the area. Over time, Vanderhoop also achieved renown for providing tours of the lighthouse to approximately 300,000 visitors. At least one president, Calvin Coolidge, was among these visitors. Vanderhoop served as keeper at the Gay Head Light until 1933, when he retired on disability.

For more information on the Wampanoags who served at the Gay Head Light in Massachusetts, please check out http://coastguard.dodlive.mil/2016/11/the-long-blue-line-the-wampanoags-at-gay-head-light/.