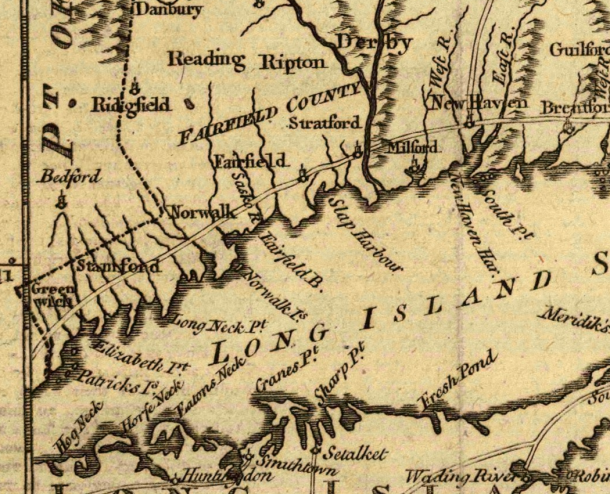 The name of the first rider on what became known as the Boston Post Road has been lost to history, but the instructions he received from Lovelace for the inaugural journey survive today. Lovelace noted in those instructions, “You are to comport yourself with all sobriety and civility to those that shall entrust you . . . You are principally to ally yourself to the Governors, especially Gov. Winthrop, from who you shall receive the best direction to form ye best Post Road.”

The first postal run on the route took approximately two to three weeks, as the rider – traveling 250 miles (402.3 kilometers) altogether along mostly desolate trails in the wilderness – made mail deliveries in such communities as New Haven, Hartford, Brookfield, Worcester, and Cambridge before finally reaching Boston. He and subsequent postal riders used axes to mark up trees en route to help guide others likewise delivering mail.

The Boston Post Road was pivotal in more closely linking what had generally been isolated settlements in the northeastern region of the British colonies and paving the way for similar routes elsewhere along the eastern seaboard. In the longer term, the segments that constituted the Boston Post Road evolved into several of the first major highways in the United States.

For more information on the Boston Post Road, please check out https://connecticuthistory.org/boston-post-road-carved-out-three-early-travel-routes-through-state/ and http://archive.boston.com/bostonglobe/ideas/graphics/10_17_10_postroad/.