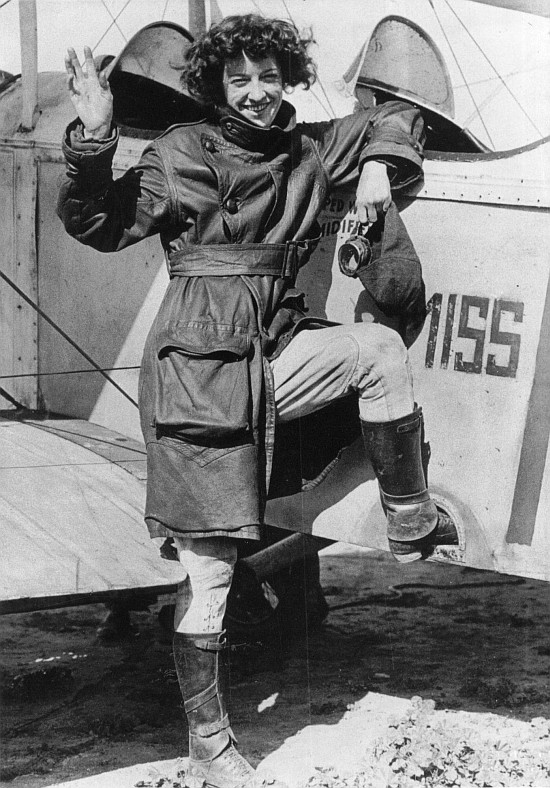 Aviation pioneer Neta Snook Southern was born in the city of Mount Carroll Illinois, in 1896. While best known for teaching Amelia Earhart how to fly, Southern also left behind a legacy of several other noteworthy aviation achievements.

Southern graduated from Shimer School (now Shimer College) in Chicago in 1912. Three years later, she enrolled at Iowa State College (now Iowa State University) to take courses in mechanical drawing and farm machinery repair. At this point in her life, Southern first developed a strong interest in aviation. Southern, who was called “Snooky” by her friends, became the first woman to enroll as a student at Glenn Curtiss’s flying school at the Atlantic Coast Aeronautical Station in Newport News, Virginia. She eventually received her pilot’s license and made her way to California.

In 1920, Southern found work as a flight instructor at the newly constructed Kinner Field airport in Los Angeles. She was also placed in charge of the facility’s operations, making her the first woman to run a commercial airfield. It was during her time at the airfield that she first met Earhart and gave her flying lessons. After a few initially rough sessions in the sky, Southern managed to teach her student how to effectively handle a plane. The two became good friends and remained close until Earhart’s still-mysterious disappearance on a flight in 1937.

Southern also tested planes for industrialist Donald W. Douglas, Sr., who was developing prototypes of what became his company’s pioneering and influential aircraft. Southern was in her 80s when she undertook her final flight, piloting a replica of Charles Lindbergh’s plane Spirit of St. Louis in the San Francisco Bay area. In 1991, she died at her home in the town of Los Gatos, California, at the age of 95.