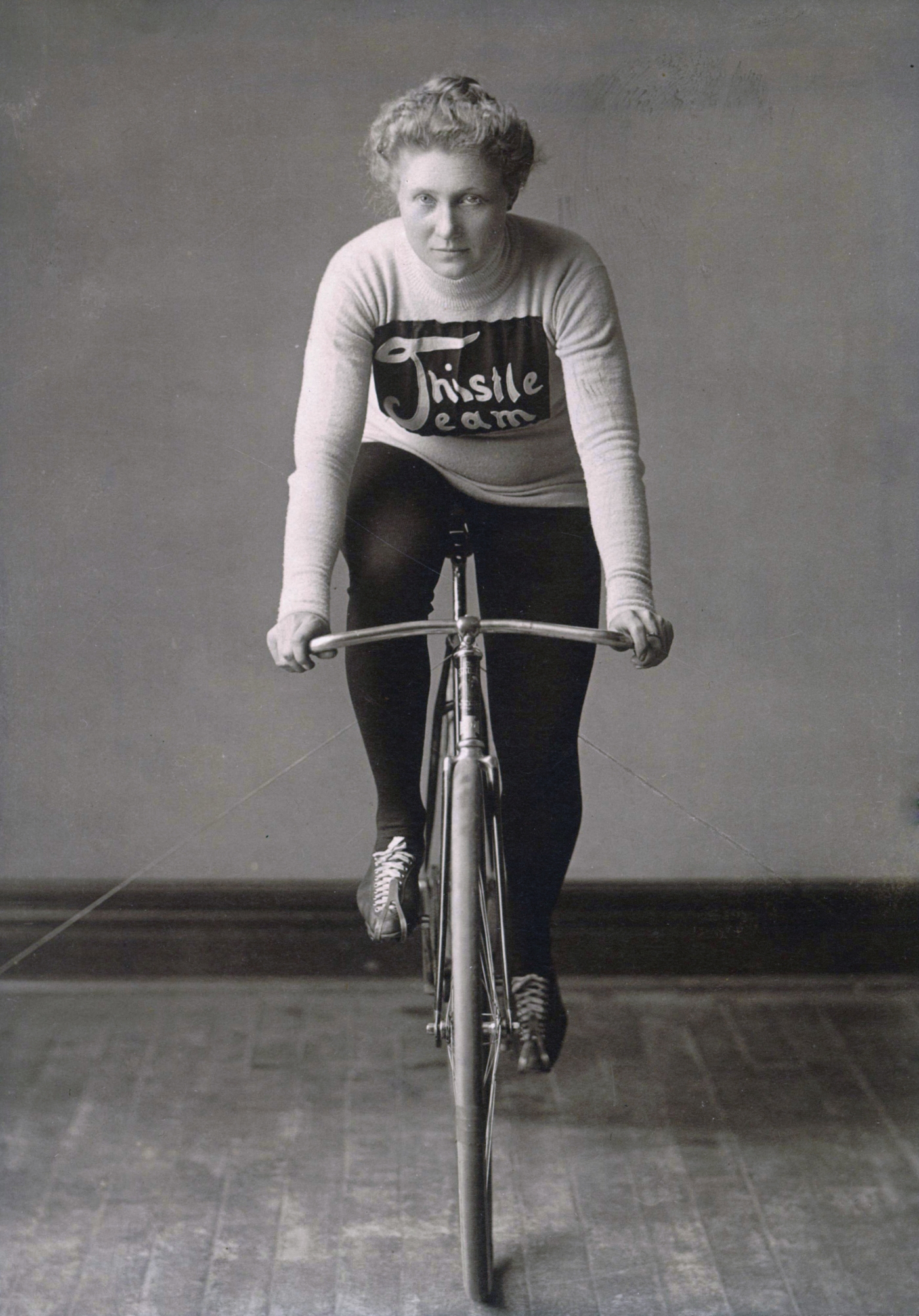 During the late 19th century, Tillie Anderson established herself as a fiercely determined and highly accomplished bicyclist. Anderson was born in southern Sweden in 1875. She immigrated to the United States in 1891 and ended up living in Chicago.

Anderson worked as a seamstress in a tailor’s shop. When she was 18, Anderson bought her first bicycle with the money she earned. She quickly mastered that mode of transportation. In 1895, Anderson took part in her first bicycle race. This competition was held on an Illinois-based route of approximately 100 miles (160.9 kilometers) that was widely known as the Elgin-Aurora Century Course. The triangular route stretched northwest from Chicago to the city of Elgin, then southwest to the city of Aurora, and then back to Chicago. Even though this was only her first race, and despite the heavy rain she encountered along the way, Anderson more than held her own. She finished the race in six hours, 59 minutes, and 30 seconds, beating the previous women’s record for that course by 18 minutes.

Anderson soon began competing in six-day bicycle races throughout the United States and proved to be equally formidable in those events. One such race took place in Detroit in 1896 in the city’s Auditorium building. Anderson and seven other female bicyclists had to pedal around the facility’s saucer-shaped track, which encompassed 16 laps to a mile (1.6 kilometers), for a total of 18 hours spread over six days.

By the second day of the race, Anderson was not only speeding past the other riders but establishing a new world record for women bicyclists when she reached the threshold of 100 miles (160.9 kilometers) around the track in an unprecedented four hours, 47 minutes, and 30 seconds. This record was 10 minutes and 15 seconds less than the previous one for reaching the 100-mile (160.9-kilometer) mark in one of those races.

Anderson’s high-speed accomplishment at this early point in the race was extensively reported, and it further established her as a world-champion woman bicyclist. Anderson sustained her fast pace for the remainder of the race. On the fifth day of the event, she broke the record for reaching 300 miles (482.8 kilometers) in the quickest time possible (14 hours, 33 minutes, and 13 seconds) and ultimately won the entire race with a score of 371 miles (597.1 kilometers) and three laps.

Anderson, from her first competition in 1895 to her retirement from professional bicycling in 1902, won all but seven of the 130 high-profile races in which she participated. Even after her career ended, Anderson remained a staunch advocate for bicycling. A key example of this involved her strong support for developing bicycle paths in Chicago’s city parks. Anderson died in 1965 in Detroit Lakes, Minnesota, at the age of 90. In 2000, she was posthumously inducted into the United States Bicycling Hall of Fame.

For more information on Tillie Anderson, please check out   https://en.wikipedia.org/wiki/Tillie_Anderson.

A video highlighting Anderson and her achievements is available at https://www.youtube.com/watch?v=WjE4-R6O_UM.