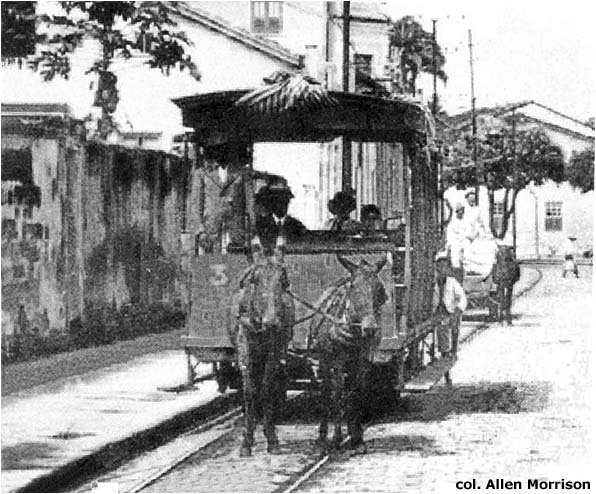 In western Brazil’s province (now state) of Mato Grosso, local merchants Manoel da Silva Monteiro and Joaquim Francisco de Matos obtained a franchise to build a street railway in the city of Cuiabá. This city has long been considered by many of its residents and others to be the geographical center of South America, even though more precise-than-before measurements done during the 1990s instead pinpointed the area just outside the town of Chapada dos Guimarães (about 28 miles, or 45 kilometers, northeast of Cuiabá) to be the continent’s actual center.

Cuiabá has also become known as the “Southern Gate to the Amazon,” and it is located at a pivotal section within the extensive hydrographical region called the Rio de la Plata Basin. (The Cuiabá River, which flows through the city, is a tributary of the Paraguay River.)

Notwithstanding these widespread claims to fame, Cuiabá during the 19th century was very much one of Brazil’s most remote cities and toughest-to-reach places. The fastest way to get there from Rio De Janeiro at the time was via water, and this involved a month-long trip of more than 3,800 miles (6,116 kilometers) that took travelers down the Atlantic coast and then through a system of rivers within not only Brazil itself but also Argentina and Paraguay. While a street railway in Cuiabá would not reduce the time for that journey, it could at least facilitate transporting local agricultural products from the city’s town center to the river port serving as the crucial connection with the larger world.

This transit enterprise was called the Companhia de Progresso Cuyabano, and its mule-drawn cars began operations on iron rails in the spring of 1891. The system marked the first regular means of public transportation in Cuiabá. While local commerce was the leading reason for the introduction of the service, it also proved to be popular with city residents who previously had to rely on their feet or rickety animal-drawn carts traveling on rough stone-paved streets to get to the town center.

Just over two months after da Silva Monteiro and de Matos secured the franchise for developing the Companhia de Progresso Cuyabano, the constitutional monarchy of the Empire of Brazil was overthrown and replaced by a republic. At that time, there were 5,955 miles (9,583 kilometers) of railways throughout Brazil. During the next several decades under the fledgling republic, the addition of many more railway systems – including the one in Cuiabá – would increase to 18,020 miles (29,000 kilometers). The Companhia de Progresso Cuyabano remained in service until being replaced by buses in 1920.

For more information on the Companhia de Progresso Cuyabano, please check out http://www.tramz.com/br/cb/cb.html.

Additional information on Brazil’s rail networks is available at https://en.wikipedia.org/wiki/Rail_transport_in_Brazil.