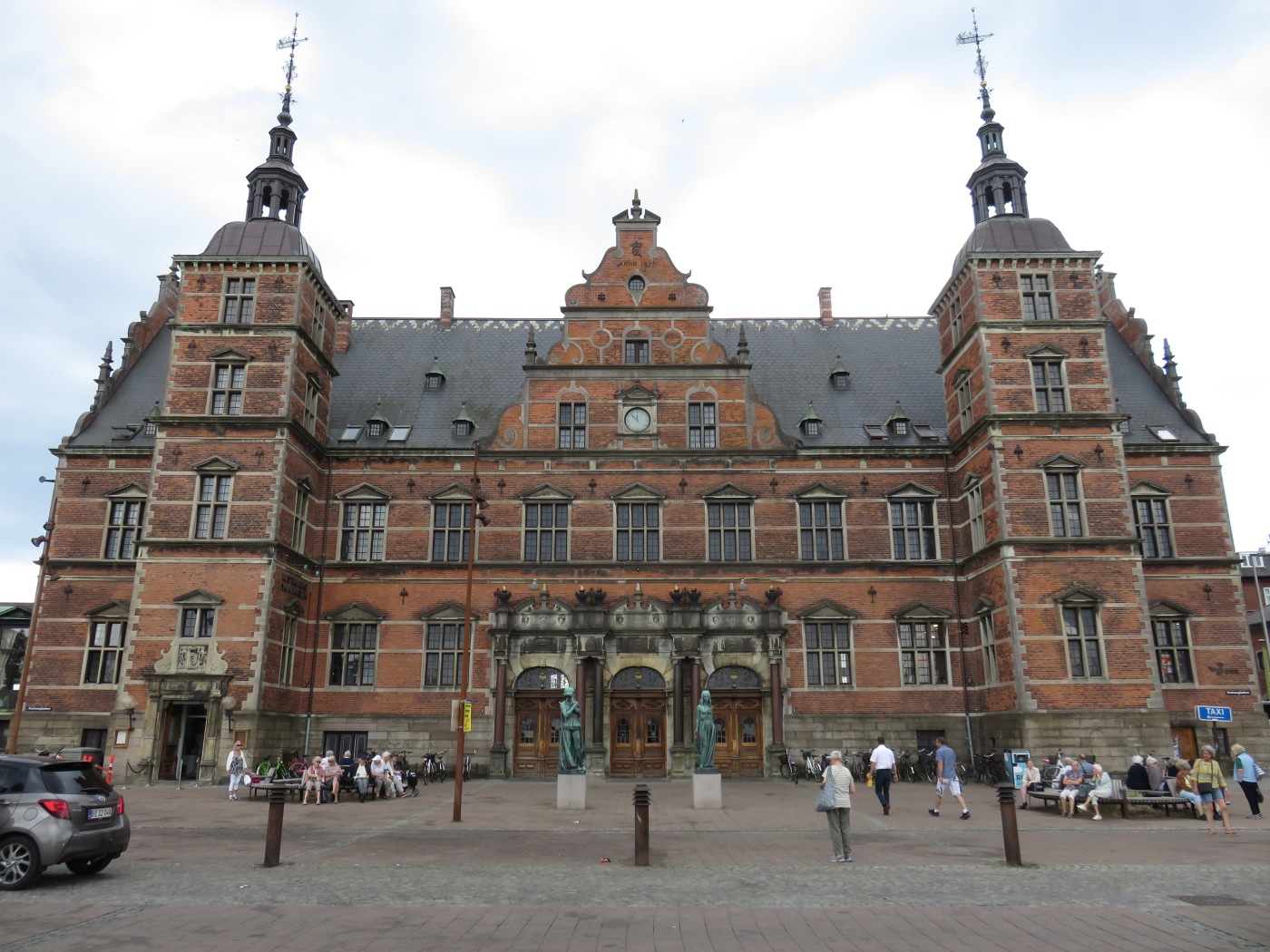 A new railway station was officially opened along the Øresund strait at the city of Helsingør (best known in English as Elsinore) in eastern Demark. This building continues to serve as Helsingør’s principal railway station, and it was constructed to replace a station that had been in existence elsewhere in the city since 1863. The first train to travel from the new station made its way to the fishing village (present-day town) of Snekkersten and then to the capital city of Copenhagen.

The current Helsingør station was one of many railway stations designed and built throughout Denmark by Neils Peder Christian Holsøe, chief architect of the national company Danish State Railways. When an eye disease significantly curtailed Holsøe’s ability to supervise the development of the station, Heinrich Wenck took over the role. Wenck was prolific when it came to the creation of not only stations but also various other types of railway infrastructure (e.g., offices, switchman’s houses, lodging for employees). He succeeded the ailing Holsøe as Danish State Railways’ chief architect in 1894.

As a result of the respective efforts and shared architectural vision of both men, the new version of Helsingør station very much reflects a Danish version of the Neo-Renaissance style. This local version has been named the Rosenborg Style after Rosenborg Castle in Copenhagen. The main entrance of the largely red-brick station is flanked by marble columns. Within the station, one of the rooms facing the sea originally served as private chambers for the Danish royal family. This room is now used as a restaurant.

For more information on Helsingør station, please check out https://en.wikipedia.org/wiki/Helsingør_station.