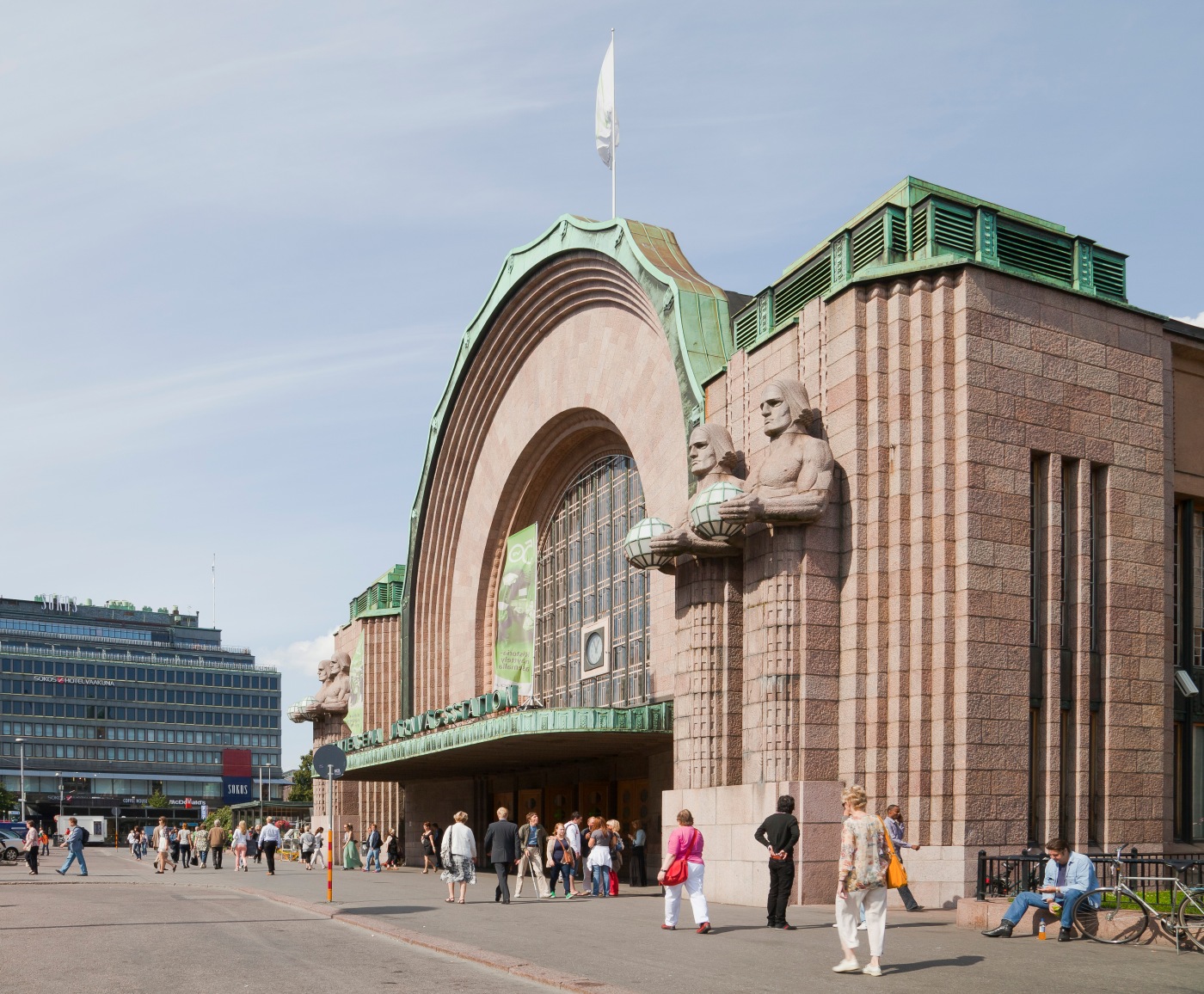 Finland’s Helsinki Central railway station was officially opened. This structure replaced a station that had been built in 1862 but was no longer large enough to accommodate the ever-growing number of trains and passengers. The new and larger station was designed by architect Eliel Saarinen, whose proposed plans were selected from a total of 21 entries submitted in a contest held in 1904. By that time, Saarinen had already achieved renown through such works as the Finnish pavilion at the 1900 Paris Exposition.

In the time since its debut, Helsinki Central Station has become of the best-known landmarks in Finland’s capital city. With an average of 200,000 public transit passengers making their way throughout the station each day, it is also one of the most visited buildings in all of Finland. In 2013, the British Broadcasting Corporation (BBC) selected the building as one of the world’s most beautiful railway stations.

3 thoughts on “1919: Helsinki Opens One of the World’s Most Beautiful Railway Stations”