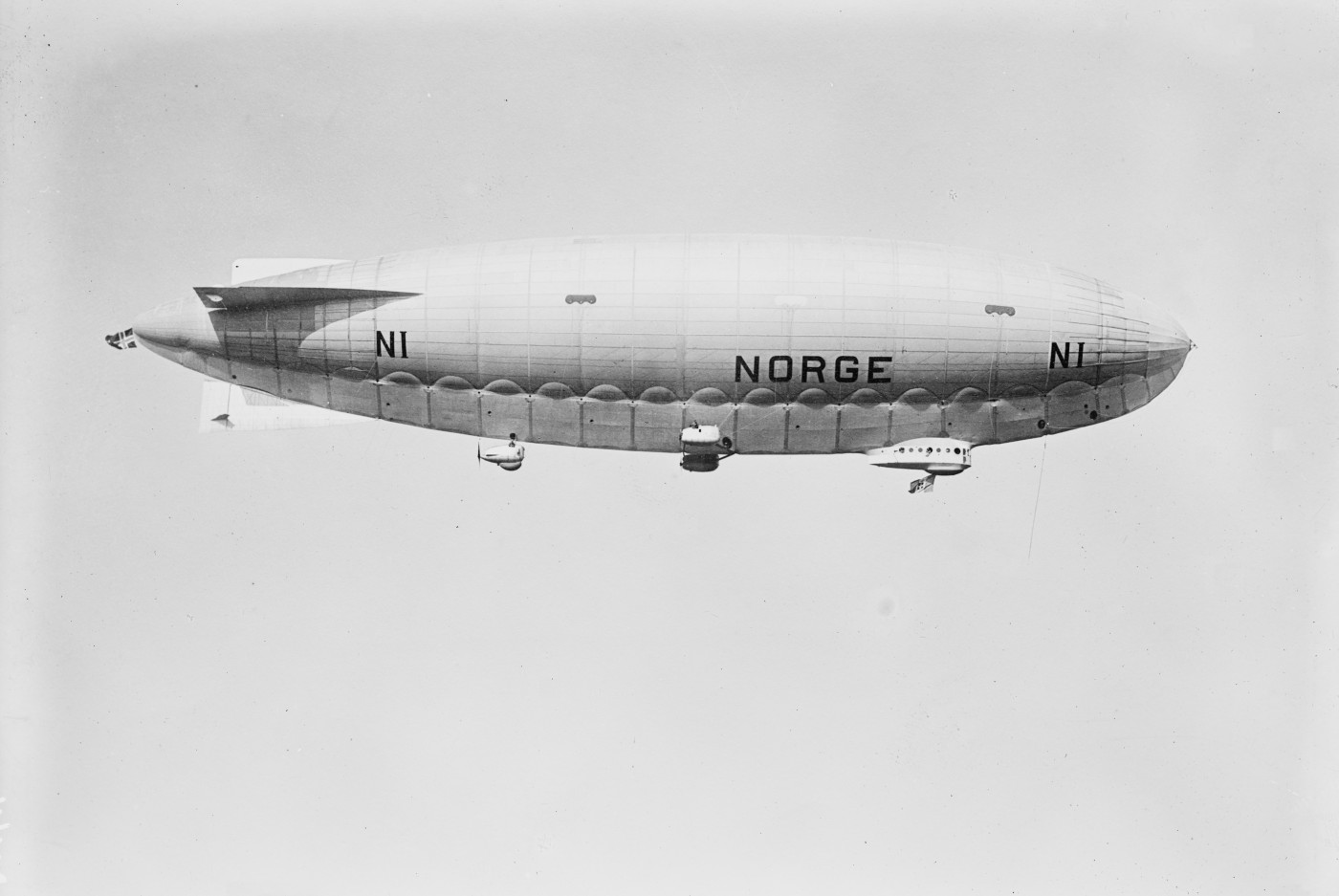 The Italian-built airship Norge successfully completed the first verified flight over the North Pole. This aircraft was also the first to fly over the ice cap between Europe and North America. Polar explorer Roald Amundsen of Norway was the leader of this airborne expedition.

The other members of the expedition included Italian aviator and aeronautical engineer Umberto Nobile, the designer of the Norge who also served as its pilot; Chicago-born Lincoln Ellsworth, another noted polar explorer and a co-sponsor of this aviation effort; Oscar Wisting, a polar explorer who was helmsman; Royal Norwegian Navy Air Service (RNNAS) first lieutenant Hjalmar Riiser-Larsen, the navigator; RNNAS first lieutenant Emil Horgen, the elevatorman; RNNAS Captain Birger  Gottwaldt, a radio expert; Dr. Finn Malmgren, a meteorologist; Fredrik Ramm, a journalist; Firthjof Storm-Johnsen, a radioman; RNNAS Flying Lieutenant Oscar Omdal, a flight engineer; Natale Cecioni, the chief mechanic; Renato Alessandrini, the workman in charge of rigging; and Ettore Arduino, Attilio Caratti, and Vincenzo Pomella, who were all also mechanics. Another passenger on board was Titina, Nobile’s dog and the mascot for the expedition.

When the Norge was above the North Pole, those on board dropped Norwegian, Italian, and American flags – signifying the nationalities represented on the expedition – down onto the ice. The Norge hovered approximately 2,000 feet (609.6 meters) above that ice, with those on board able to see 50 miles (80.5 kilometers) in each direction. The temperature was about 10 degrees Fahrenheit (-12.2 degrees Celsius). Nobile transmitted a radio message to Rome describing what he and the others saw below. “A brilliant ray of sunlight made the ice glisten like a mass of gems,” reported one news account summarizing his observations. Amundsen and his crew subsequently concluded their historic flight by landing the Norge at the village of Teller in what was then the U.S. territory of Alaska.

For more information on the 1926 flight of the Norge over the North Pole, please check out http://explorenorth.com/library/aviation/bl-norge1926.htm and http://www.unmuseum.org/norge_1.htm