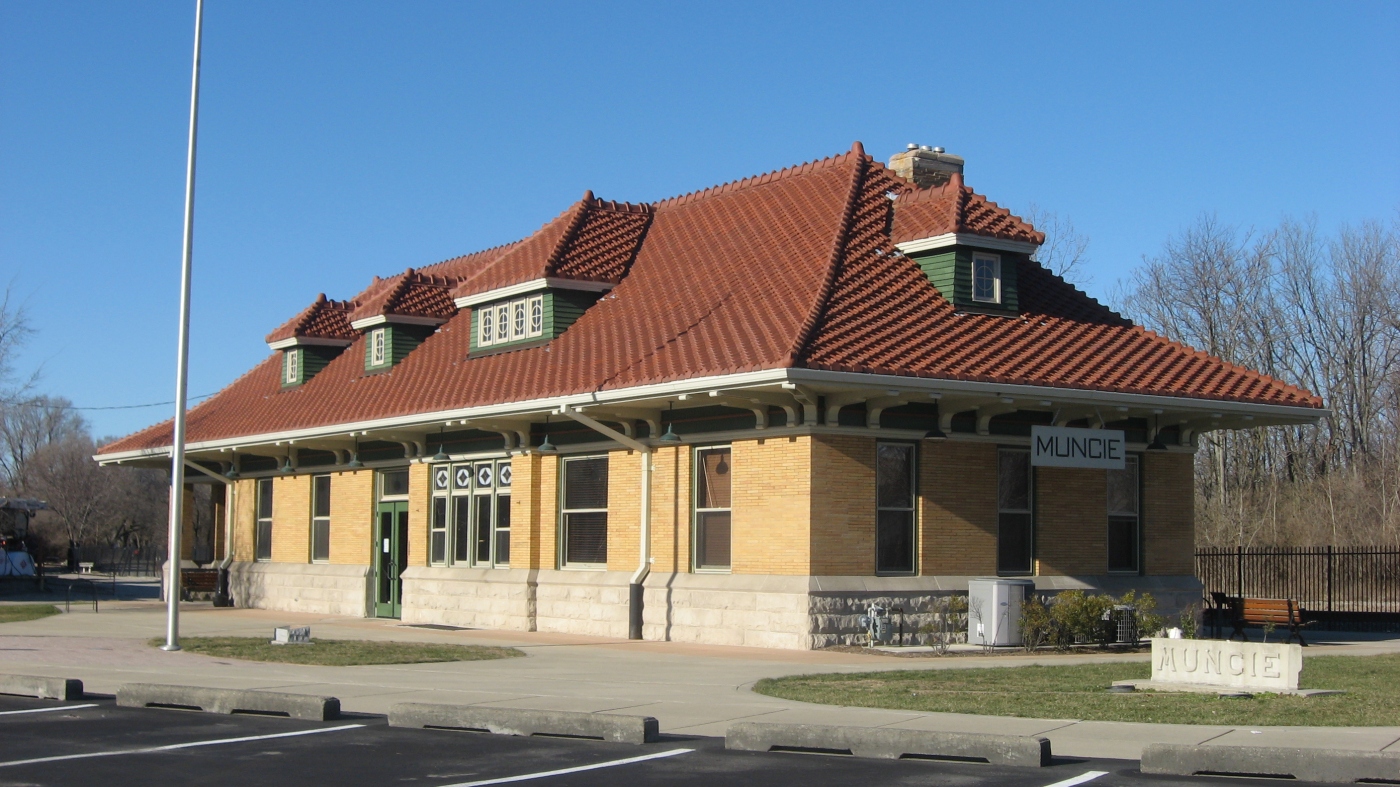 Cardinal Greenways in east-central Indiana was designated a National Recreation Trail by U.S. Interior Secretary Gale Norton. This network of asphalt-paved trails encompasses 62 miles (100 kilometers) of an abandoned CSX railroad corridor between the cities of Marion and Richmond in the Hoosier State.

Cardinal Greenways is Indiana’s longest span of trails for bicyclists and hikers alike. This multi-use trails system also constitutes a key link in the coast-to-coast American Discovery Trail for those active transportation activities.

Along with crossing a total of nine bridges, Cardinal Greenways runs past the Wysor Street Depot (pictured above) in the city of Muncie. This restored train station, which had been built in 1901, was used for passenger railroad service throughout much of the 20th century. The Wysor Street Depot was added to the National Register of Historic Places in 1997, and it now serves as both an office and visitor center for Cardinal Greenways.

In yet another example of its rail-based legacy, Cardinal Greenways was named in part after a train. The Cardinal was the last passenger train to travel on that railroad route. This train, in turn, had been named for the state bird of Indiana and various other states through which the route in its entirety once ran.

For more information on the history of Cardinal Greenways, please check out https://cardinalgreenways.org/about-cardinal-greenways/history/