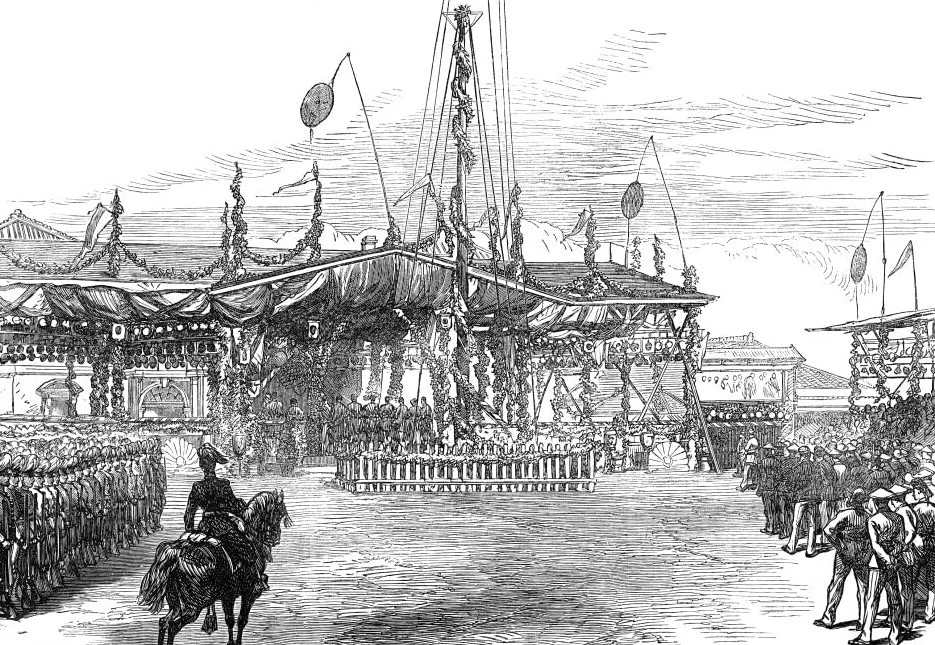 A new transportation era dawned in Japan when the first section of a railway line in that country began operations. That initial section of railway provided passenger service between the Yokohama (now Sakuragichō) Station and the Shinagawa Station in the Tokyo region. The start of regular train service in the Land of the Rising Sun took place during the reign of Emperor Meiji, who ruled Japan from 1867 to 1912. His longtime tenure encompassed an era in which Japan steadily shifted from existing as a largely insular feudal society to becoming a modern and more outward-looking world power.

As a part of those major reform efforts, a total of 10 tank locomotives and 58 two-axle passenger carriages were shipped from England in 1871 for use on the segment of railway to be completed between the Yokohama and Shinagawa Stations. During the first couple of days after that segment was opened for service in June 1872, two trains traveled in each direction on a daily basis. The results of those initial trips were deemed satisfactory enough that the number of trains in each direction was then increased to six per day.

By October of that year, the line had been extended beyond the Shinagawa Station to also include the Shimbashi Station (later renamed Shiodome Freight Terminal) in Tokyo. Official dedication ceremonies for that 18-mile (29-kilometer) stretch of railway were subsequently held. (These festivities are featured in the above image.) Emperor Meiji was among those attending the ceremonies and, as part of the celebration, he made a round-trip train journey between the Yokohama and Shimbashi Stations.

As the first director of Japan’s Railway Board, Inoue Masaru was responsible for the construction and maintenance of that pioneering route. Inoue would continue to play a pivotal role in the development of Japan’s railway network over the next several decades. He is widely remembered today in his native country as the Father of the Japanese Railways.

For more information on the early history of Japan’s railway system, please check out https://www.ejrcf.or.jp/jrtr/jrtr01/pdf/history.pdf