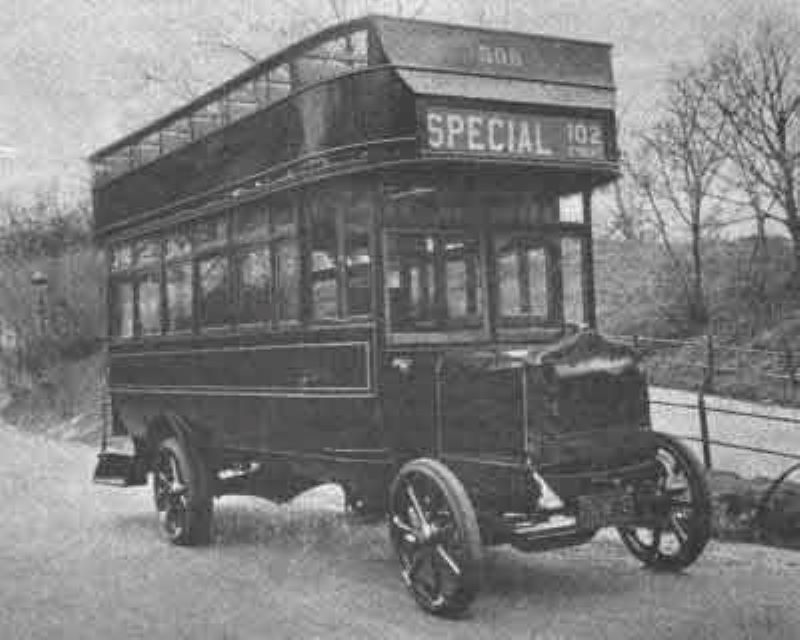 A new bus service began operating in Detroit on a five-mile (8.1-kilometer) route between Grand Circus Park and Water Works Park via Woodward and East Jefferson Avenues. The Detroit Motorbus Company (DMB), which had been organized the previous year by automobile accessory and supply distributor Herbert Y. McMullen, ultimately established itself as the city’s first successful long-term transit enterprise providing motor coach service. The company was founded in response to Detroit’s ever-increasing traffic congestion, a problem that the city-based streetcar operations alone were not able to significantly reduce.

DMB’s inaugural route became known as Rt 1-Jefferson Avenue, and the company initiated service on that line with something that was unique to Motor City: double-decker buses, similar to those already widely in use at the time in New York City and London. Those DMB buses were built by the Fifth Avenue Coach Company, a subsidiary of the New York Transportation Company, and eight of the buses started serving the Jefferson Avenue route on the line’s first day of operations. The bus’s lower deck could accommodate as many as 22 passengers, while the open-top upper deck was able to hold 26 people at one time. (The above photograph features one of the double-decker buses built by the Fifth Avenue Coach Company.)

The original fare for traveling on the DMB buses was 10 cents. A total of 5,007 people used the service on the first day. This service soon grew exponentially in ridership and demand. Much of the credit for the strong start and early successes of DMB went to Albert E. Hutt, who served as the superintendent for those bus operations until leaving towards the end of 1922 to work for the Philadelphia Rapid Transit Company. 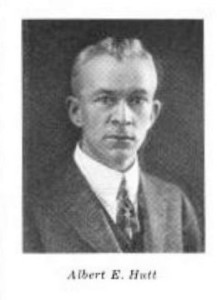 Hutt was described by Bus Transportation magazine as a “student of engineering and one who spends his rare ‘spare’ time in designing airplane models,” and a hallmark of his tenure at DMB was an emphasis on always maintaining cordial relations with those riding on the buses. Bus Transportation magazine stated, “His idea is that, given reasonably good management, any motor bus company is bound to be successful which sends its drivers and conductors out to serve the public with the spirit of courtesy firmly planted in them. The public will good-naturedly overlook an occasional noisy rear axle, says Mr. Hutt, but not a surly or discourteous conductor.”

Even after Hutt’s departure, DMB continued to thrive. The company eventually extended its reach beyond Detroit and into nearby communities. By 1930, DMB was using 395 buses altogether for a vast network encompassing both city and suburban routes in the region. The city-owned Detroit Street Railways, which had originally focused only on streetcars but launched its own motor bus division in 1926, assumed control of DMB in 1932.

Additional information on the Detroit Motorbus Company is available at http://www.detroittransithistory.info/Routes/Tireman-JoyHistory.html#:~:text=On%20June%2011%2C%201920%2C%20the,on%20the%20city’s%20east%2Dside

For more information on buses built by the Fifth Avenue Coach Company, please check out http://www.coachbuilt.com/bui/f/fifth_avenue/fifth_avenue.htm