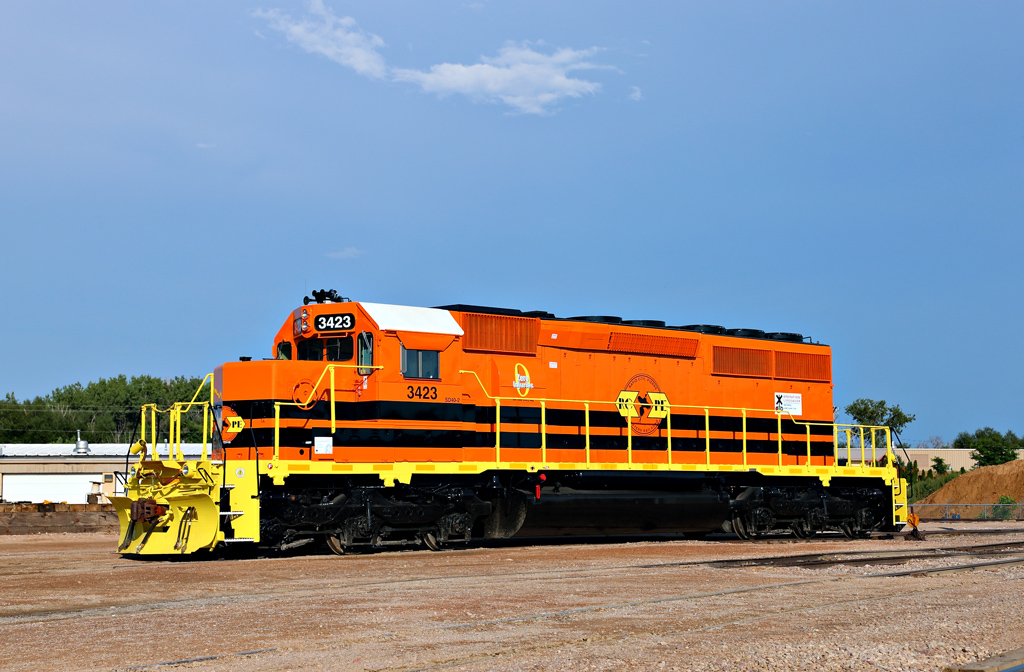 In South Dakota, a ceremony took place in the town of Aurora to celebrate the completion of a major railroad project for trains traveling through the state’s eastern region. This $5.65-million project involved the construction of a total of 17,520 feet (5,340.1 meters) of main-line sidings in both Aurora and the city of Huron.

Main-line sidings are auxiliary tracks that are built adjacent to a main track. The endpoints of a siding are connected to the main track via switches that enable trains to be guided from one track to another. These sidings allow trains traveling in opposite directions to pass each other and permit faster trains to make their way past slower ones headed in the same direction. The sidings can help reduce delays on a railroad line and enable more trains to use the line efficiently during same timeframe.

The construction of the main-line sidings in Aurora and Huron was a joint effort of the South Dakota Department of Transportation (SD DOT); and the Rapid City, Pierre & Eastern Railroad (RCP&E), which was established in 2014 and is a subsidiary of the railroad holding company Genesee & Wyoming, Inc. (The above photo depicts an RCP&E train in Rapid City, South Dakota.) The project was completed $1.85 million under budget.

At the July 8 ceremony in Aurora, Governor Dennis Daugaard of South Dakota used the opportunity to highlight SD DOT’s collaboration with RCP&E in the development of those main-line sidings. “I thank the RCP&E and the South Dakota Department of Transportation for partnering together on this addition,” he said.  Daugaard also asserted, “Dependable rail service is particularly important to our state. Because South Dakotans consume only a modest share of the grain we produce, we rely almost entirely on railroads to deliver our grain to out-of-state markets.”

Bruce Lindholm, a program manager for SD DOT, similarly underscored the significance of the new main-line sidings and more generally the important role of trains and tracks across the state. In discussing all of this with South Dakota Public Broadcasting (a statewide network of educational TV and radio stations) a couple of days before the ceremony, Lindholm emphasized how railroads have been a valuable part of the Mount Rushmore State’s transportation system since the early 20th century.  “The railroads really excel at moving large quantities of products long distances,” he noted.

Additional information on the completion of main-line sidings in Aurora and Huron in 2016 is available at https://rapidcityjournal.com/news/local/communities/sturgis/gov-daugaard-joins-rcp-e-to-celebrate-completion-of-project/article_02bd3eaf-f703-59b0-9ead-5fd3021a0448.html and https://listen.sdpb.org/post/rcpe-railway-expands-serve-more-farmers