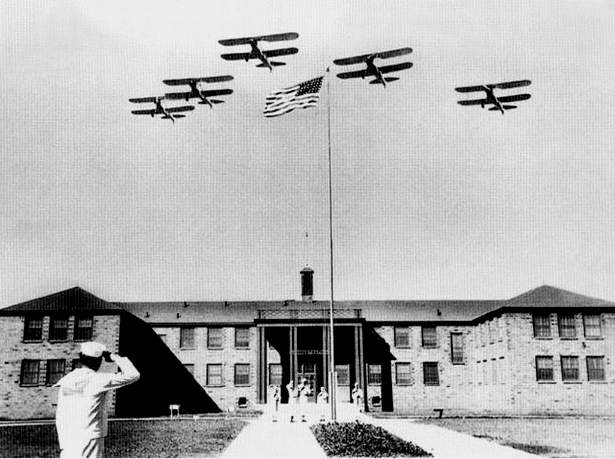 U.S. Navy Secretary Frank Knox approved the establishment of a training center for pilots at a 1,400-acre (566.6-hectare) tract of land a few miles (kilometers) north of the city of Ottumwa, Iowa. About eight months after that authorization, the Ottumwa Naval Air Station (officially known as NAS Ottumwa) welcomed its first group of aviation cadets to be trained to fight in World War II at that time. The station’s first group of U.S. Navy WAVES – Women Accepted for Volunteer Emergency Service – arrived just a couple of months after that.

What really distinguished NAS Ottumwa from other temporary wartime training facilities, however, were the materials used for constructing it. While wooden clapboard-sided buildings were the norm for other bases, the structures at the Ottumwa facility were mostly made with high-quality bricks obtained from a local factory. These bricks proved to be quite durable, with several of the buildings still intact more than seven decades later.

The thousands of Navy personnel who were stationed at NAS Ottumwa at one point or another included Richard M. Nixon, the 37th U.S. president; Scott Carpenter, the second American astronaut to orbit the Earth; Bob Steuber, a College Football Hall of Famer; and Jesse L. Brown, the first African-American aviator to complete the Navy’s basic flight training program.

Not long after the end of the war, NAS Ottumwa was transitioned to civilian use. The first commercial air service at that site, which is now called Ottumwa Regional Airport, took place in December 1947.

For more information on NAS Ottumwa, please check out https://en.wikipedia.org/wiki/Ottumwa_Regional_Airport