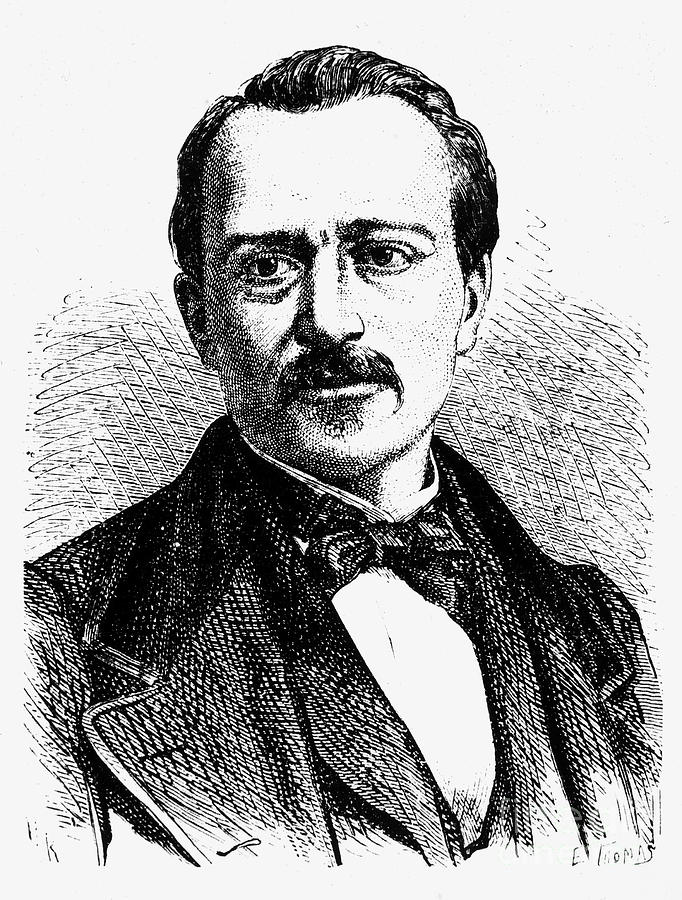 Jean Joseph Étienne Lenoir, who invented the first practical and commercially successful internal combustion engine, died in the French town of La Varenne-Saint-Hilaire (near Paris) at the age of 78. Lenoir had been born in 1822 in Mussy-la-Ville, which was a community in Luxembourg at the time and is now part of Belgium. An engineer and chemist, Lenoir immigrated to France during the 1850s.

In 1859, he created a two-stroke internal combustion engine. His invention was specifically a converted steam engine with slide valves to both take in a mixture of air and coal gas and discharge exhaust products. While only about four percent efficient in fuel consumption, the engine also proved to be durable and mostly smooth-running. The Paris-based Conservatoire National Des Arts Et Métiers awarded Lenoir with a patent for his “air motor expanded by gas combustion” in 1860.

By 1865, hundreds of Lenoir’s engines were used throughout France and England for such machinery as water pumps and printing presses. During the that decade, Lenoir also adapted the engine for an even more innovative purpose: the propulsion of vehicles. Lenoir’s efforts in this regard involved creating what is generally regarded as the world’s first automobiles. In 1863, for example, he included an internal combustion engine in a three-wheeled carriage that he had built and named the Hippomobile. This vehicle, which was a wagon body fitted atop a tricycle, completed an 11-mile (17.7-kilometer) round trip between Paris and the commune of Joinville-le-Pont in just under three hours.

Lenoir was not the first person to come up with the idea of an internal combustion engine; in 1824, French physicist Nicolas Carnot outlined such a device in his book on thermodynamics. Thanks in large part to the more widespread availability of gaseous fuels by the mid-19th century, however, Lenoir was able to manufacture an internal combustion engine that was not only workable but also popular and profitable.