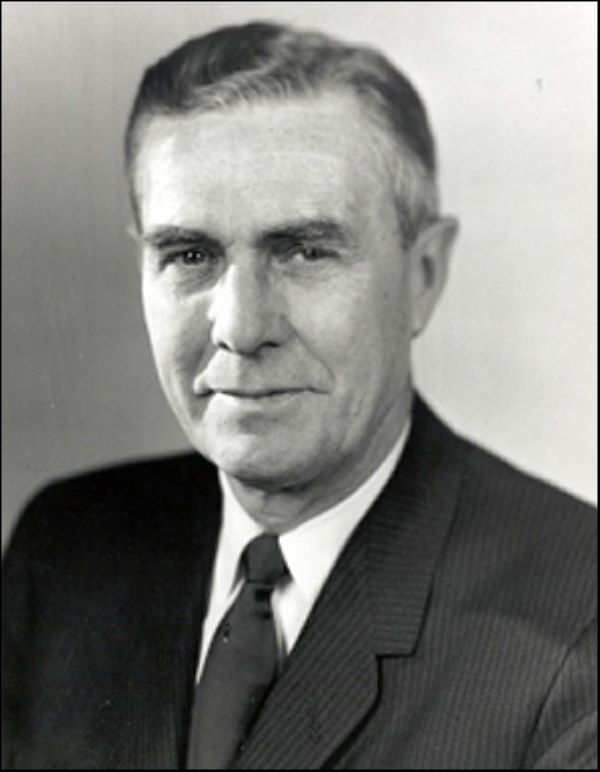 In 1936, Whitton was named the agency’s engineer of maintenance. He developed what was regarded as one of the nation’s top maintenance organizations and in the process first established a national reputation for himself.

Through all those roles and responsibilities with the Missouri State Highway Department, Whitton became involved in and developed a deep knowledge of all phases of administration, economics, construction, operation and maintenance. He was appointed chief engineer of the agency in 1951.

Whitton also established a longtime and substantial involvement with the American Association of State Highway Officials (AASHO), which is now known as the American Association of State Highway and Transportation Officials. He attended his first AASHO annual meeting in 1922, when it was held in Kansas City. At the 1931 AASHO Annual Meeting in Salt Lake City, he took part in various highway design committee sessions. Whitton also went to the 1935 annual meeting in Miami, and then for more than two decades starting that year, would never miss attending any of those events.

As chief engineer, Whitton’s leadership in AASHO activities and programs included serving as chairman of the Operating Committee on Maintenance and Equipment. He was named a member of the AASHO Executive Committee in 1954. At the 1955 Annual Meeting in New Orleans, Whitton was selected first vice president.

Frank D. Merrill, commissioner of the New Hampshire Department of Public Works and Highways (now the New Hampshire Department of Transportation) and a renowned World War II military hero, was elected AASHO’s new president at that meeting. Two days after the meeting was adjourned, however, Merrill died of a heart attack. He was succeeded by Whitton as AASHO president.

Whitton’s tenure as president turned out to be among the most active and consequential in the history of the association. One of the highlights of that year was the start of construction of the facilities in Ottawa, Illinois, for the AASHO Road Test, which would be launched in 1958 and prove influential in overall highway design and construction nationwide.

The hugest priority and challenge for AASHO in 1956, though, involved helping to promote and secure authorization of the Interstate Highway System. The legislative proposals for the system had gone down into defeat during the previous year, and AASHTO and others supporting that highways network were determined this time around not to allow history to repeat itself. Consequently, Whitton — along with other members of the AASHO Executive Committee – spent a considerable amount of time on Capitol Hill testifying on behalf of the Interstate Highway System and outlining the importance of legislation to make the program for those roads a reality.

Ultimately, Congress did pass the Federal Aid Highway Act of 1956 authorizing the Interstate Highway System and on June 29 President Dwight D. Eisenhower signed that measure into law. A new era for highways soon took shape across the nation. During that same year, Missouri was the first state to award a contract based on funding under the landmark law – something that would become a point of pride for native son Whitton. This contract was for work on a segment of what is now Interstate 44 in Laclede County.

Whitton’s eventful term as president concluded at the AASHO Annual Meeting in Chicago in November 1956. Whitton took time to salute his predecessor Merrill. Whitton also expressed appreciation for the enactment of the Federal Aid Highway Act of 1956, but also made a crucial point about what lay ahead in terms of building those new routes throughout the nation. “It is simply this – we have a job to do!” he said. “I know that we are going to do the job, but doing it will require courage, foresight, wisdom, initiative and vision.”

Whitton was appointed Federal Highway Administrator of the U.S. Bureau of Public Roads (BPR), which is now part of the Federal Highway Administration, by President John F. Kennedy in 1961. Whitton’s achievements in that position included working to get the program for the Interstate Highway System on a more secure financial footing. Congress ended up passing the Federal Aid Highway Act of 1961 to accomplish that by increasing revenue for the Highway Trust Fund and guaranteeing that development of that roads network would continue on a pay-as-you-go basis. Kennedy signed the bill on June 29 of that year, which marked the fifth anniversary of when his predecessor Eisenhower had signed into law the 1956 act.

To enable BPR to better respond to emerging and ever-growing highway challenges, Whitton set up various new programs, including the Offices of Research Development; Planning; Right-of-Way & Location; Highway Safety; and Audits & Investigations. Whitton also became involved with highway issues on the world stage. He served as a U.S. delegate at many international conferences focused on highways, for example, and also visited many areas of the globe for consultation on a wide array of highway issues.

Whitton served as administrator until stepping down in 1966. After retiring from BPR, he served as a consultant for several years for the Kansas City office of the consulting engineering firm of Howard, Needles, Tammen and Bergendoff. Whitton also served as chairman of the Highway Research Board (now the Transportation Research Board).

Whitton died in Kansas City in 1981 at the age of 82. “He had many remarkable abilities,” recalled Robert N. Hunter, who was serving as chief engineer of the Missouri Department of Highway and Transportation at the time (and had also been president of AASHTO). “His honesty and integrity were unquestionable, and he maintained the respect of all those he served.”

For more information on Rex M. Whitton, please check out https://www.fhwa.dot.gov/administrators/rwhitton.cfm and https://www.ite.org/about-ite/history/honorary-members/rex-m-whitton/

Additional Information on the history of the Missouri Department of Transportation and its predecessors is available at https://www.modot.org/modot-history​