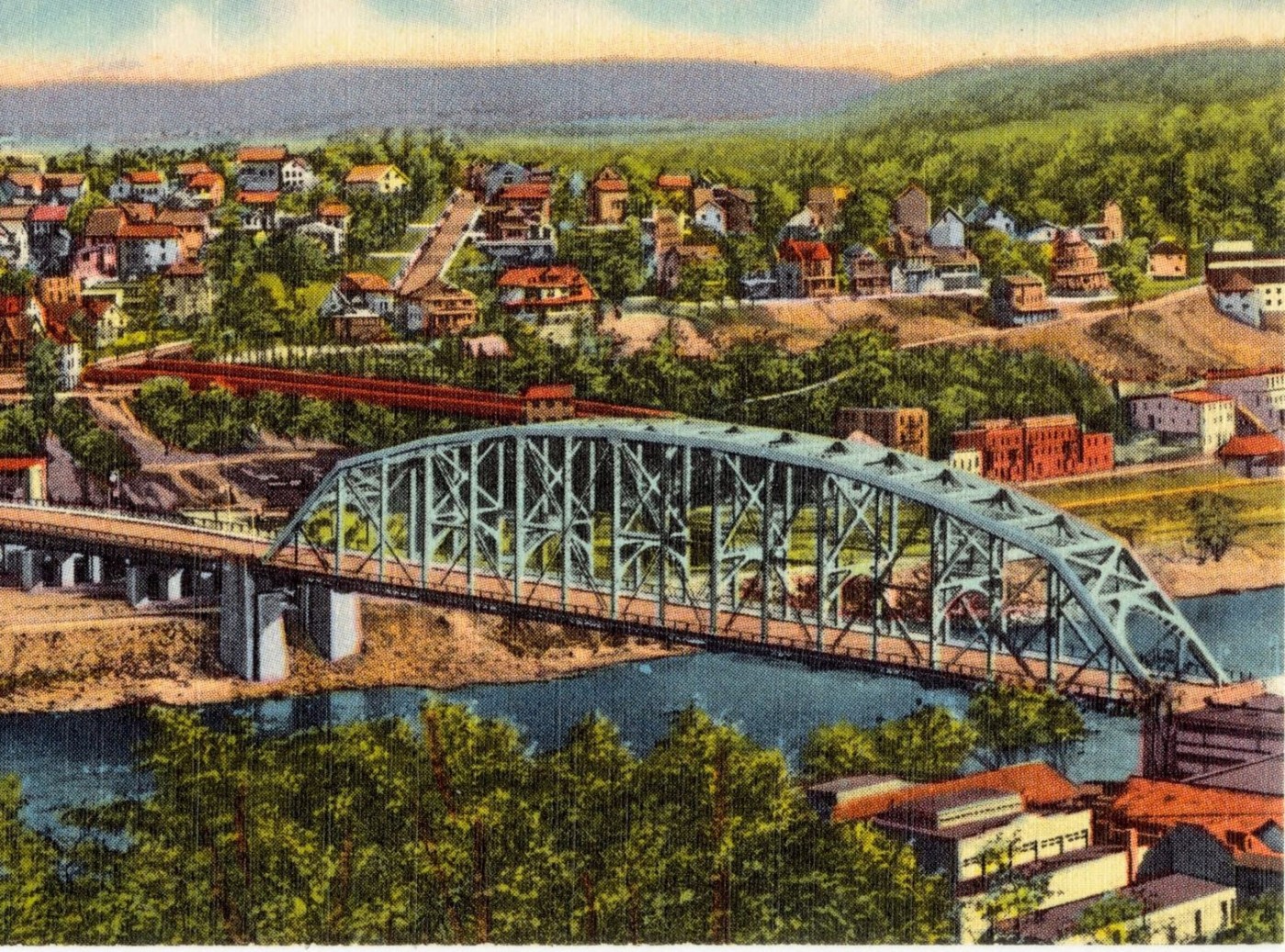 The Bushkill Street Bridge, crossing the Delaware River and connecting the city of Easton, Pennsylvania, with the town of Phillipsburg, New Jersey, was opened to traffic. This bridge was not only the first to be built by the Delaware River Joint Toll Bridge Commission but also the reason why that bi-state agency came into existence. While originally called the Bushkill Street Bridge because it was an extension of Easton’s Bushkill Street, the structure would eventually be renamed the Easton-Phillipsburg Toll Bridge.

The public officials helping to open the bridge included Governors George H. Earle of Pennsylvania and Harold G. Hoffman of New Jersey. A crowd of approximately 5,000 people turned out for the ceremony, which took place on a cold Friday afternoon. The Allentown-based Morning Call reported, “Gathering at 4 o’clock, at which time the dedicatory services were to begin, the crowd stamped its feet and shuffled about to keep warm, as six airplanes dove and flew above and around the bridge to celebrate the event.”

Handling local traffic for the most part during its first several years of service, the 1,020-foot (310.9-meter)-long bridge ultimately attained larger regional significance as a vital transportation link between the Keystone State’s Lehigh Valley and the metropolitan area of New York City and North Jersey. In addition, the structure became an important part of the route connecting the Eastern Seaboard with the coal and steel regions in northwestern Pennsylvania.

This bridge initially had the longest steel truss (measuring 540 feet [160 meters]) in the entire United States – a record that remained intact for 19 years. The bridge was also designed to bear the heaviest load of any highway bridge throughout the nation in the late 1930s. Just a few years after its debut, this extra-strength bridge was put to optimal use during World War II as a key crossing point for troops as well as such armaments as aircraft fuselage, wings, and tail sections. The bridge was also one of the best-lit of that era, thanks to the vapor lamps installed along the structure. This bridge now has the ninth longest (main span) simple truss and ninth longest (main span) steel truss in the United States.

For more information on the Easton-Phillipsburg Toll Bridge (originally called the Bushkill Street Bridge), please check out http://www.drjtbc.org/bridges/easton-phillipsburg/ and https://historicbridges.org/bridges/browser/?bridgebrowser=newjersey/eastonphillipsburg/