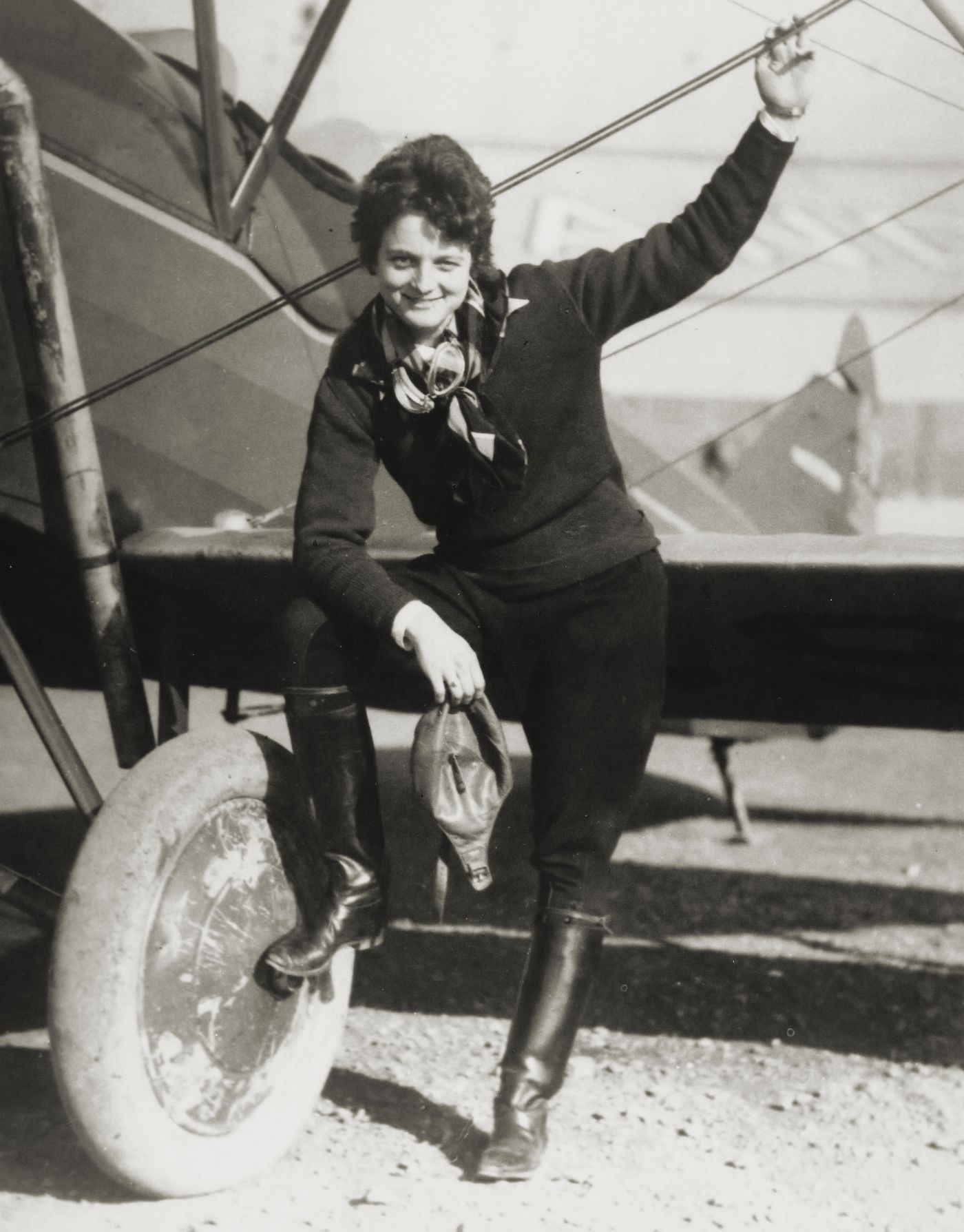 At the California-based Oakland Municipal Airport (now Oakland International Airport), 23-year-old Ira Louise McPhetridge Thaden completed a plane flight in which she set a new women’s endurance record for staying airborne. She brought her Travel Air biplane back down onto the airfield 22 hours, three minutes, and 12 seconds after flying from there to make aviation history.

While preparing to start this flight the previous day, the Arkansas-born Thaden made a pledge to those in attendance. “I’m going to stay up until the gasoline runs dry,” she said. Thaden came close to making good on that pledge; less than two hours before finally returning to earth, she signaled to planes flying nearby that her own aircraft was running low on gasoline.

As the Oakland Tribune confirmed, however, “she kept circling over the airport while thousands waited on the ground below, eager to see and greet her when she landed.” After Thaden made her way back to the ground safely, it was confirmed that her plane had only 12 of its original 196 gallons (45 of its original 741.9 liters) of gasoline left in the tank. “Well, I made it,” Thaden remarked as friends helped her out of the plane. “But, gosh, I’m tired.”

Thaden’s endurance achievement came less than four months after she had earned her first world aviation record by setting the women’s altitude mark to an unprecedented 20,260 feet (6,175.3 meters) above the ground.  While nowhere near as famous today as her friend and fellow aviation pioneer Amelia Earhart, Thaden likewise distinguished herself as a formidable presence in the skies. “We had to prove that women were good pilots,” she once explained. “In an age where some men didn’t think a woman should drive a horse and buggy, much less drive an automobile, it was a job to prove that females could fly.”

For more information on Louise Thaden, please check out https://en.wikipedia.org/wiki/Louise_Thaden and https://www.nationalaviation.org/our-enshrinees/thaden-louise-mcphetridge/

One thought on “Women in Transportation History: Louise Thaden, Pilot”