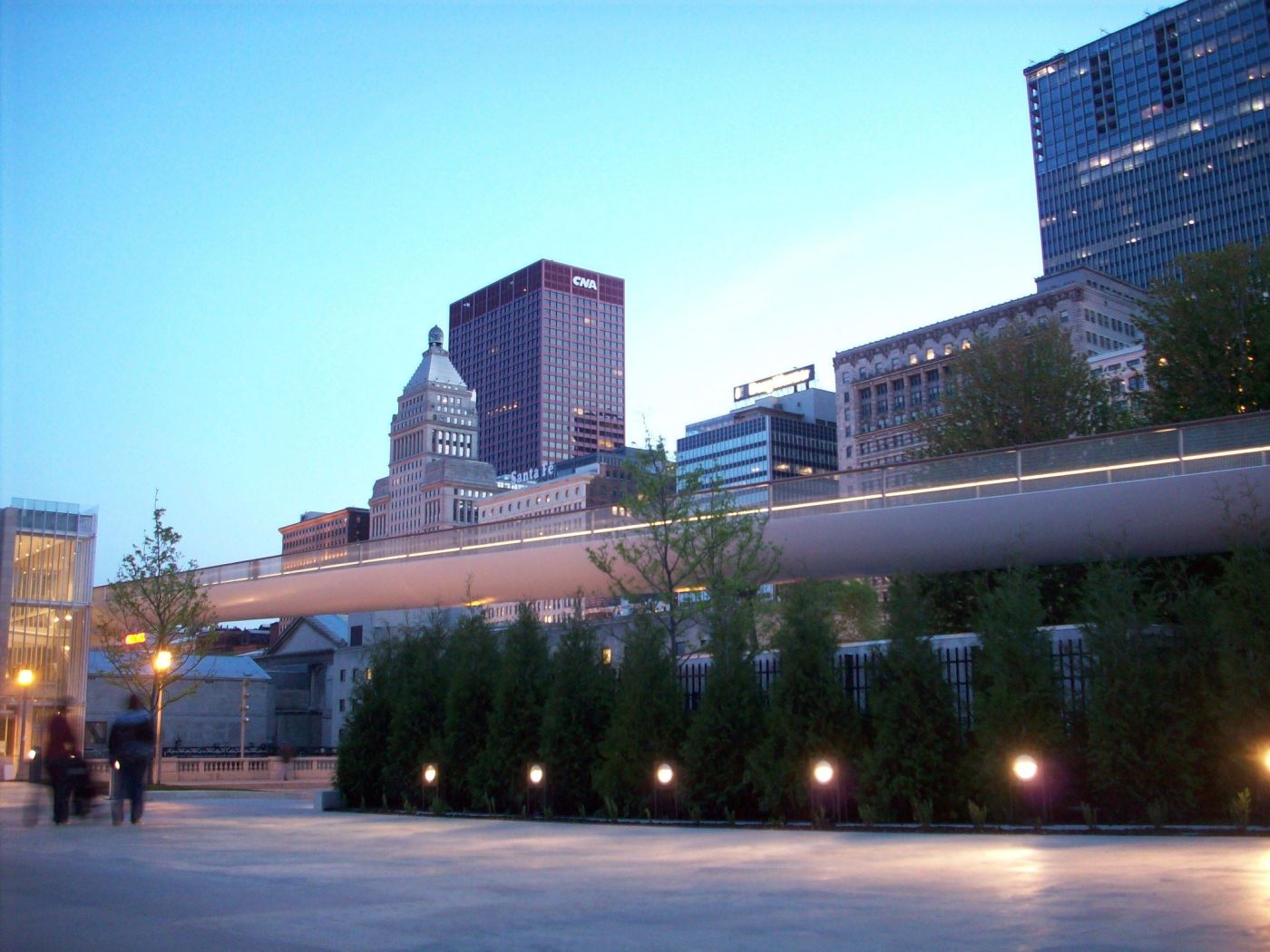 After more than a year-and-a-half of construction, the Nichols Bridgeway in Chicago was completed. This pedestrian bridge, which is 620 feet (189 meters) in length and 15 feet (4.6 meters) in width, crosses over Monroe Street in the Windy City and connects the Great Lawn of Millennium Park with the Modern Wing of the Art Institute of Chicago (AIC).

The bridge was named in honor of AIC donors Alexandra and John Nichols. Italian architect Renzo Piano designed the structure as well as AIC’s Modern Wing. The bridge includes an anti-slip surface and other de-icing features for colder weather. In addition, the Nichols Bridgeway meets universal accessibility standards under the American with Disabilities Act.

Piano’s transportation-oriented inspiration for the bridge’s overall design was the hull of a racing yacht. Chicago Tribune architecture critic Blair Kamin noted, “Sealing the nautical metaphor, Piano, who like many architects is an avid sailor, gave the bridge delicate, prow-shaped ends.”

The Nichols Bridgeway was officially opened about a month after it had been completed. (AIC’s Modern Wing was likewise opened at that time.) Later that same year, the bridge’s design was formally recognized with an Award of Merit from the Structural Engineers Association of Illinois.

This bridge achieved yet another distinction when it appeared in the 2012 movie The Vow. In one scene, the movie’s romantic leads dash across the Nichols Bridgeway to get from AIC to Millennium Park.