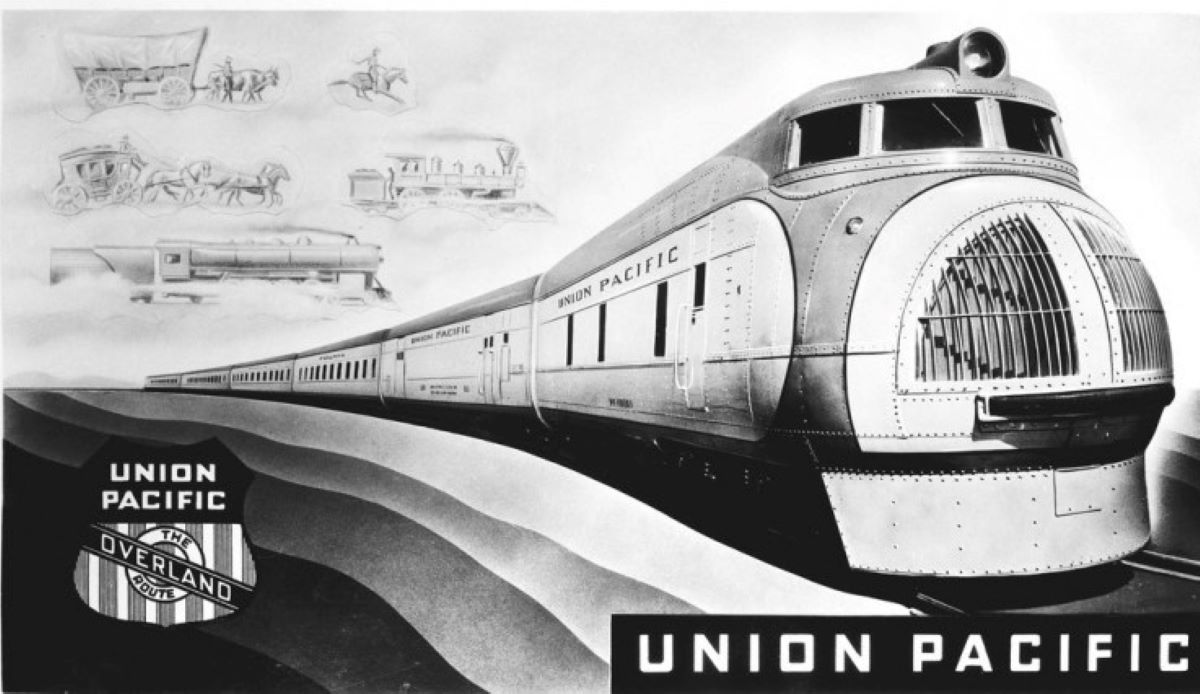 The Union Pacific Railroad’s M-10001 diesel-electric streamliner train departed Los Angeles at 10:00 p.m. to set a still-unbroken record for transcontinental rail travel in the United States. The M-10001, which had been delivered to Union Pacific only 10 days earlier and was the company’s first diesel-powered train (and the first Pullman-sleeper-equipped passenger train in North America), achieved that record by reaching Grand Central Terminal in New York City at 9:57 a.m. on October 25. This coast-to-coast journey bested by 13 hours and 30 minutes the previous record set in 1906 by a train used by then-Union Pacific board chairman and railroad baron E.H. Harriman.

In setting that new record, the brown-and-canary yellow M-10001 attained speeds of up to 120 miles (193.1 kilometers) per hour during its 3,334-mile (5,365.6-kilometer) trek across the nation. The California-based Oxnard Daily Courier newspaper reported,  “Climbing through mountain passes at unprecedented speeds, and breaking every known [passenger] train record for fast time across the plains, the slender train which looks like a caterpillar had come from Los Angeles in exactly 56 hours and 57 minutes.”

An article in a subsequent issue of Popular Science magazine proclaimed, “When a streamlined train whizzed across the United States in less than fifty-seven hours . . . its feat marked the beginning of a new era in railroading.”