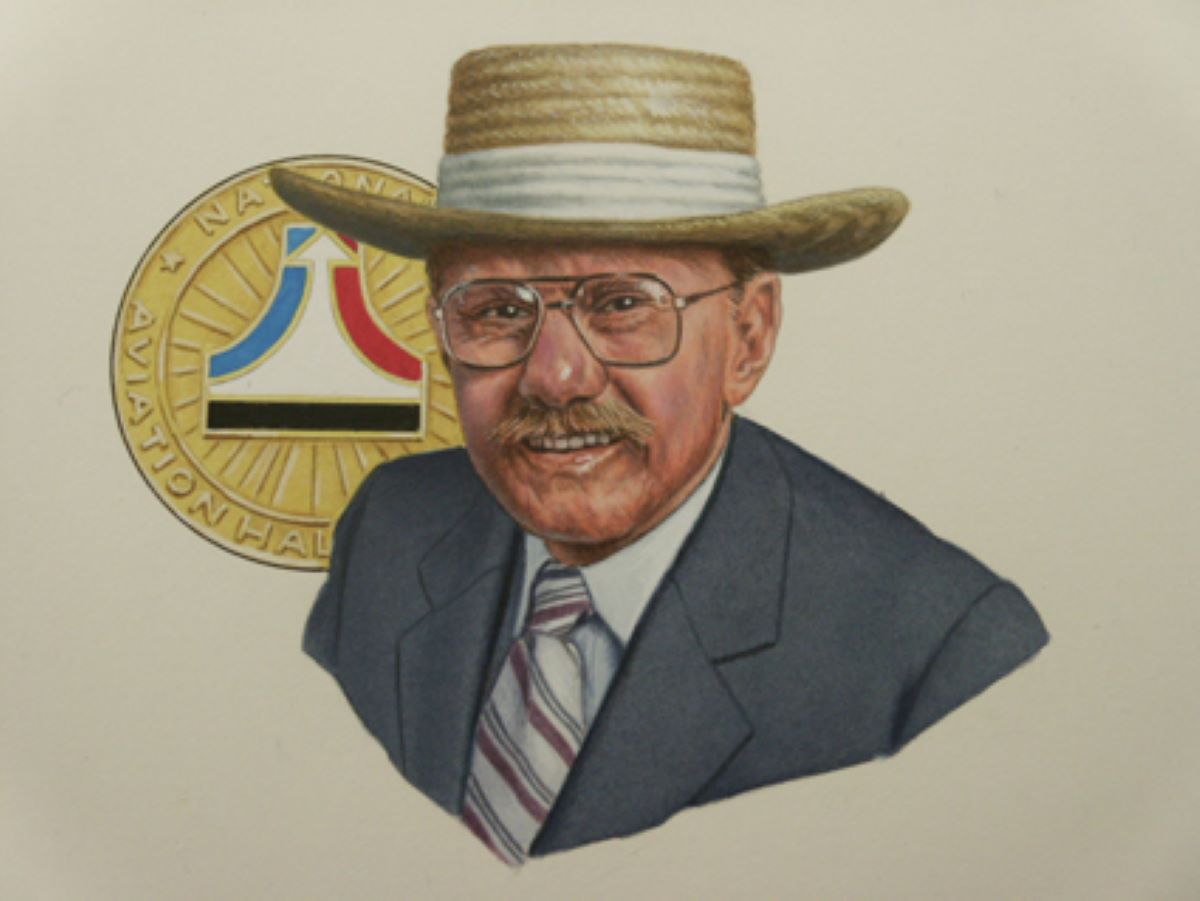 Robert Anderson “Bob” Hoover, a longtime pilot with a wide range of aviation achievements, died in Los Angeles at the age of 94. He had been born in Nashville, Tennessee, in 1922. Hoover learned to fly at Berry Field (present-day Nashville International Airport). He worked at a grocery store to help pay for those lessons.

Hoover subsequently enlisted in the Tennessee National Guard and, as a soldier in that military reserve force, he was assigned to pilot training with the U.S. Army. Hoover served as a pilot for the U.S. Army Air Forces (USAAF) during World War II. After his plane was shot down off the coast of France in 1944, Hoover was a German prisoner of war for more than a year. He ultimately managed to escape from his captors and – with the use of an enemy aircraft that he commandeered—fly to safety.

For the first few years after the end of the war, Hoover served as a test pilot for the USAAF and (starting in 1947) its successor the U.S. Air Force (USAF). One of his major accomplishments during this period involved piloting a chase plane (a type of plane that follows the flight path of another aircraft to make real-time observations of its performance and activities) for USAF Captain Charles “Chuck” Yeager’s pioneering flight in a Bell X-1 rocket plane on October 14, 1947. During this airborne excursion in the skies above the Mojave Desert in southern California, the X-1 piloted by Yeager made history as the first manned plane to exceed the speed of sound in level flight.

After leaving the USAF the following year, Hoover worked as a civilian test pilot. His accomplishment in this capacity included serving as a flight instructor for the aerospace manufacturer North American Aviation during the Korean War. Hoover also achieved considerable fame as a civil air show display pilot who did much to revolutionize modern-day aerobatic flying.

Hoover became widely known as a “pilot’s pilot” because of his airborne achievements, and he personally knew such aviation giants as Orville Wright, Eddie Rickenbacker, Charles Lindbergh, Jimmy Doolittle, Jacqueline Cochran, Neil Armstrong, Yuri Gagarin, and of course Chuck Yeager. The awards that Hoover received included the Distinguished Flying Cross and the Wright Brothers Memorial Trophy. He was inducted into the National Aviation Hall of Fame in 1988 and the Aerospace Walk of Honor in 1992. In 2013, Hoover was ranked 10th on Flying magazine’s list of the 51 Heroes of Aviation.

For more information on Robert A. Hoover, please check out https://en.wikipedia.org/wiki/Bob_Hoover