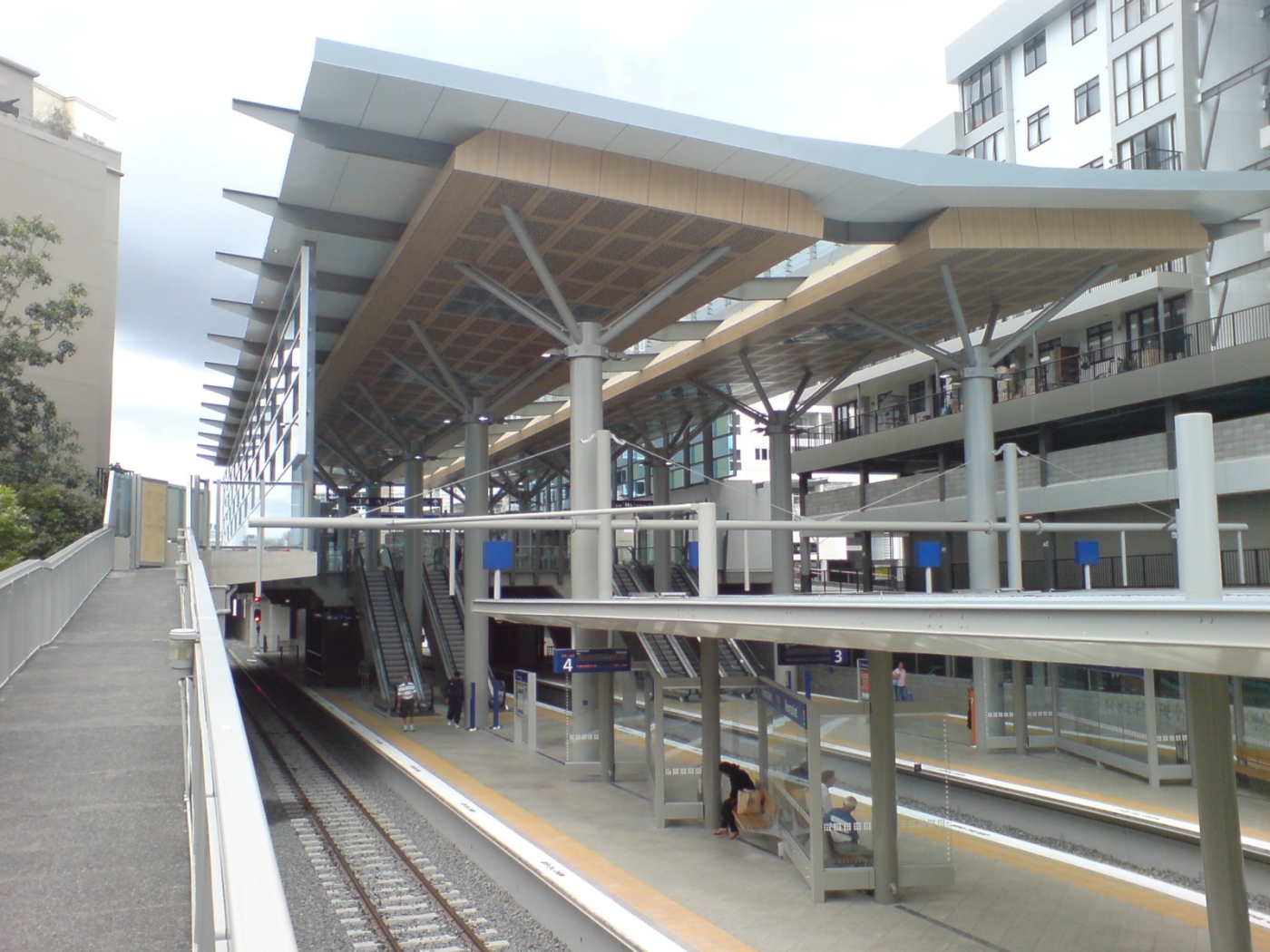 On New Zealand’s North Island, a recently completed version of a railway station building in the Auckland suburb of Newmarket was formally opened. The Newmarket railway station had first gone into service in 1873, and it originally consisted of a single island platform that could be accessed only via a ramp or pedestrian overpass. The first station building at this location was inaugurated in 1908.

Construction on a replacement for that 1908 building began in 2008. Steven Joyce, who was New Zealand’s minister of transport from 2008 to 2011, highlighted the advantages of the new station building at the time of its opening in 2010. He said, “Completing this project provides a new station offering all the amenities and services expected of a modern public transport facility, potential for more trains at peak times, and means fewer delays for trains coming into Newmarket.” In 2011, the New Zealand Institute of Architects gave this structure and its architects (Opus and Herriot + Melhuish: Architecture) a best building award in the Urban Design category.

Newmarket railway station serves the Onehunga, Southern, and Western Lines of the Auckland region’s rail network. This station is one of most heavily used in the network.