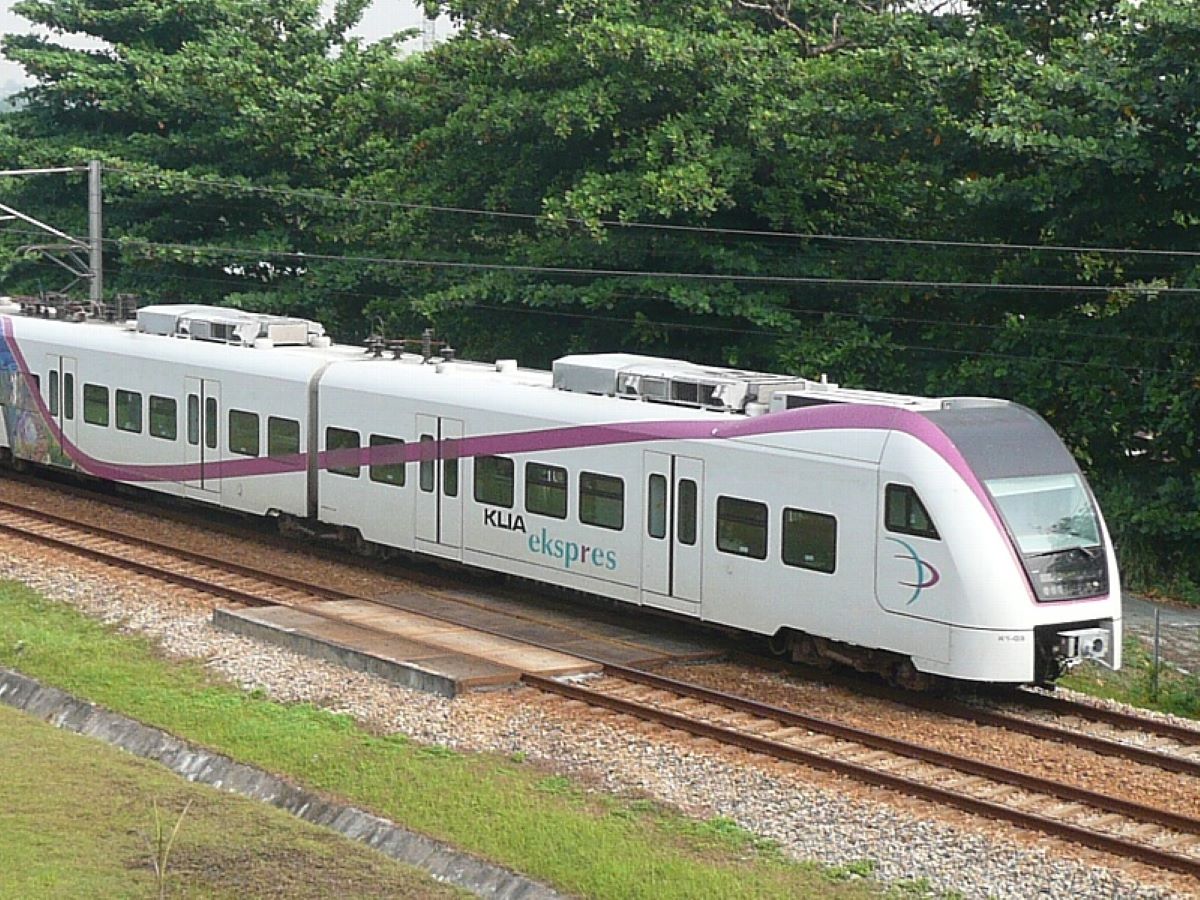 In Malaysia, an express rail line serving Kuala Lumpur International Airport (KLIA) began operations. KLIA, which is about 28 miles (45 kilometers) south of the central section of Malaysia’s capital city of Kuala Lumpur, is that country’s largest and busiest airport; it is also one of the biggest airports in all of Southeast Asia. The KLIA Ekspres was established to run passenger trains between the airport and Kuala Lumpur Sentral Station (KL Sentral), Kuala Lumpur’s main railway station and the largest facility of its kind in Malaysia.

The KLIA Ekspres is one of two airport rail links owned and operated by the company Express Rail Link (ERL). The other link is KLIA Transit, a commuter rail service that began operations just a little over two months after the launch of the KLIA Ekspres. KLIA likewise runs trains between KL Sentral and KLIA. The big difference between these ERL services is that the KLIA Ekspres operates non-stop between KL Sentral and KLIA, while KLIA Transit picks up and drops off at three other stations en route.

In 2014, a 1.3-mile (2.1-kilometer) extension at KLIA for the shared tracks for both of those ERL rail services was opened. This extension now takes the KLIA Ekspres and KLIA Transit to the airport’s klia 2 ERL station. This station serves klia2, which is the airport’s low-cost carrier terminal.

Another milestone for the 35.4-mile (57-kilometer) KLIA Ekspres took place in 2019, when an Egyptian tourist named Sherif Radwan boarded one of those trains and was pleasantly surprised to learn that he was the 100 millionth passenger to use ERL’s airport rail links. Sherif and his wife Nour Kazzas were visiting Malaysia at the time for their honeymoon. To celebrate his status as ERL’s 100 millionth passenger, the couple was awarded flight tickets and lodging accommodations for a trip to Japan.

For more information on the KLIA Ekspres, please check out https://en.wikipedia.org/wiki/KLIA_Ekspres