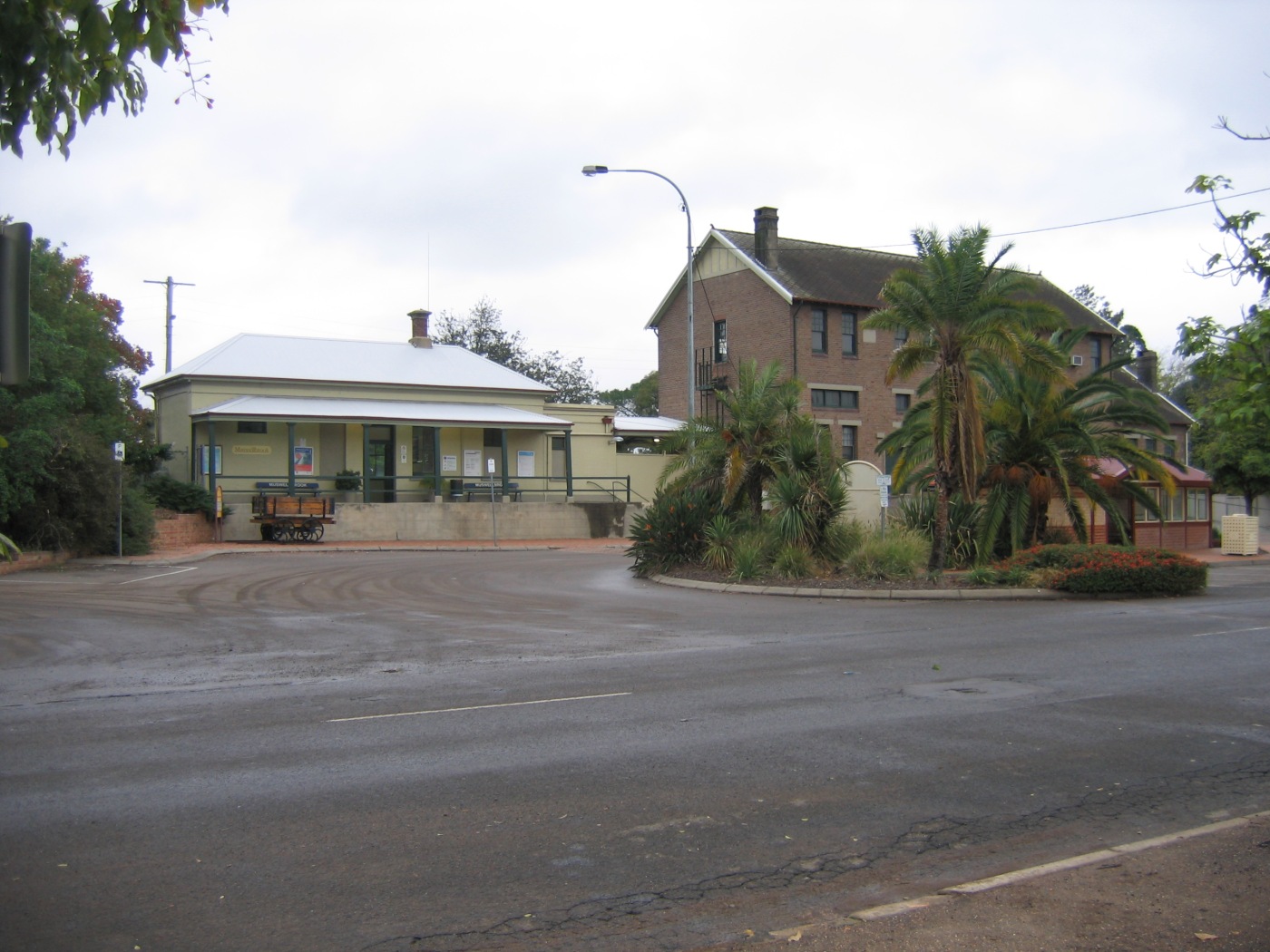 In Australia, a railway station in the town of Musclebrook in the colony (now state) of New South Wales (NSW) was officially opened with considerable fanfare. (That town in the east-central section of NSW is now known as Muswellbrook.) This station was built as part of the NSW-based Great Northern Railway (the present-day Main North Line), and it served as that railway’s northern terminus for a couple of years. The inaugural duties for the station were carried out by Somerset Richard Lowry-Corry, 4th Earl Belmore, who served as NSW’s governor from 1868 to 1872.

In its account of the debut of the station, the Sydney Mail highlighted the overall significance of the facility for both the northern and southern regions of the colony. This article proclaimed that “on 19th instant the merchants, mariners, and miners of the South have exchanged congratulations with the farmers and flockowners of the North on an event so auspicious to their mutual interest.”

This article also asserted, “The delays of erring contractors have been forgotten, if not forgiven, in the general enthusiasm which has found expression in today’s festivities; and the querulous and indignant remonstrances which Northern members were wont to mutter upon the devoted head of that hoary transgressor, ‘the Government,’ have also given place to exuberant gladness.”

The Sydney Mail focused as well on Musclebrook’s residents and their own efforts commemorating the dedication of the railway station in their community. “The inhabitants made extensive preparations for the opening celebration,” reported the newspaper. “Almost every resident in the township contributed either money or labor to the general display; and across the roadway of every street, in the vicinity of the principal hotels more especially, depend lines of flags. There have also been put up a few evergreen arches, and nearly every house is decorated with either foliage or flags.”

The new station’s brick building was designed by John Whitton, who served as engineer-in-charge for the agency New South Wales Government Railways from 1856 to 1890. An internationally acclaimed engineer, Whitton has been nicknamed the Father of New South Wales Railways.

The building that Whitton designed for the Musclebrook Station is still there today and has achieved renown for how it reflects key features of both the Georgian and Victorian architectural styles. (This building can be seen on the right side of the above photo taken in 2007.) At the time of the station’s opening, the Sydney Mail described that structure as “one of the prettiest, most compact, and snugly arranged buildings of its class in the colony.” In 1999, the Muswellbrook railway station was added to the New South Wales State Heritage Register.

For more information on the Muswellbrook railway station, please check out https://apps.environment.nsw.gov.au/dpcheritageapp/ViewHeritageItemDetails.aspx?ID=5012118

Additional information on John Whitton and his contributions to the New South Wales railways network is available at https://en.wikipedia.org/wiki/John_Whitton