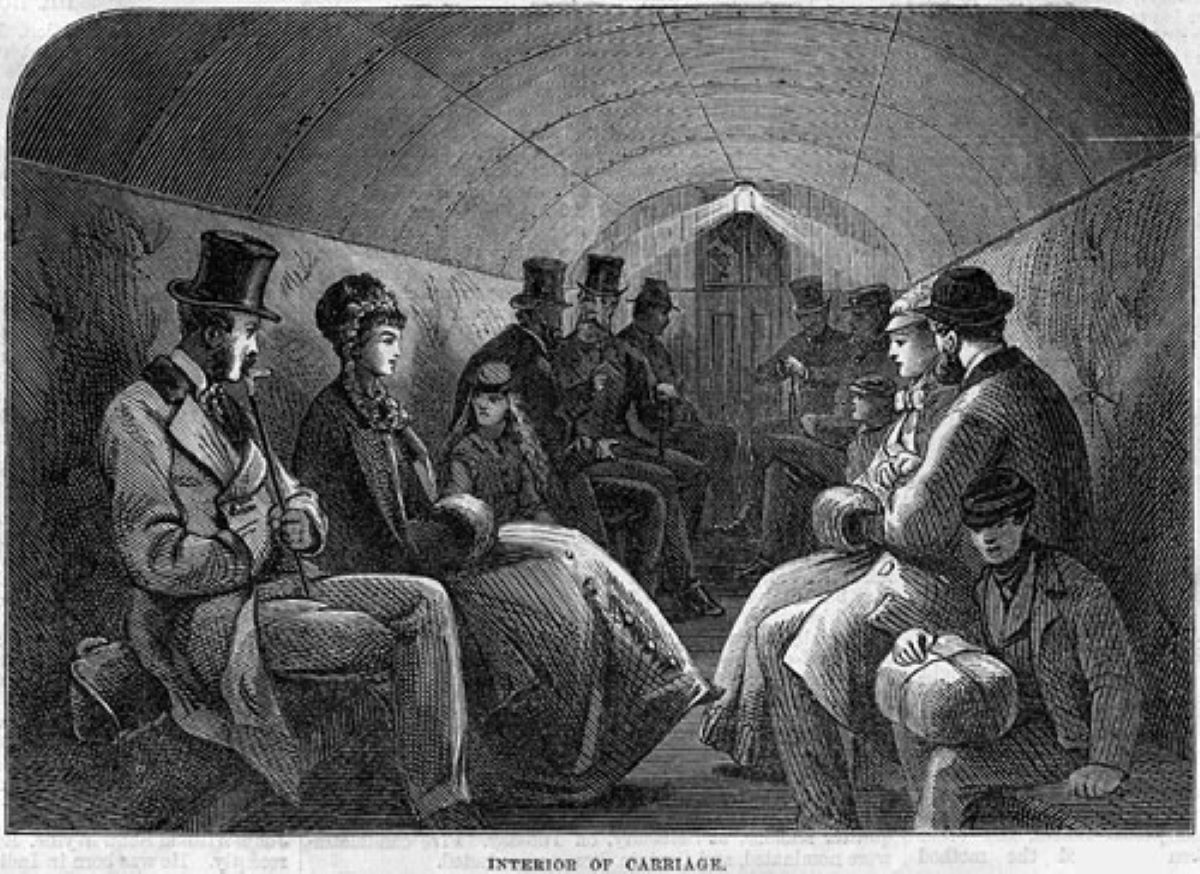 The world’s first underground tube subway opened in London, England. The Tower Subway was created to provide railway service beneath the Thames River. The leading engineers involved in the design and construction of this pioneering subway were Peter W. Barlow (1809-1885) and his assistant John Henry Greathead (1844-1896).

As the key part of the Tower Subway’s operations, a small cable car powered by a 4-horsepower (3-kilowatt) stationary engine was able to shuttle up to 12 people at a time on the track, which measured two feet and six inches (76.2 centimeters) in width. This car, which was called an “omnibus” by the tunnel’s operators, took 70 seconds to transport passengers from Tower Hill on the north side of the river to Vine Lane to the south. (The above image from the Illustrated London News depicts passengers traveling on board the car.)

Ultimately, however, this cramped and low-capacity subway proved to be economically unfeasible and was shut down only three months after it was introduced. The tunnel was subsequently fitted with gaslights and converted into a pedestrian route. In 1894, the Tower Bridge was opened almost directly above the one-time subway and thereby rendered the tunnel obsolete altogether.

For more information on the Tower Subway, please check out https://www.historic-uk.com/HistoryMagazine/DestinationsUK/Tower-Subway/ and  http://www.hows.org.uk/personal/rail/incline/tower.htm