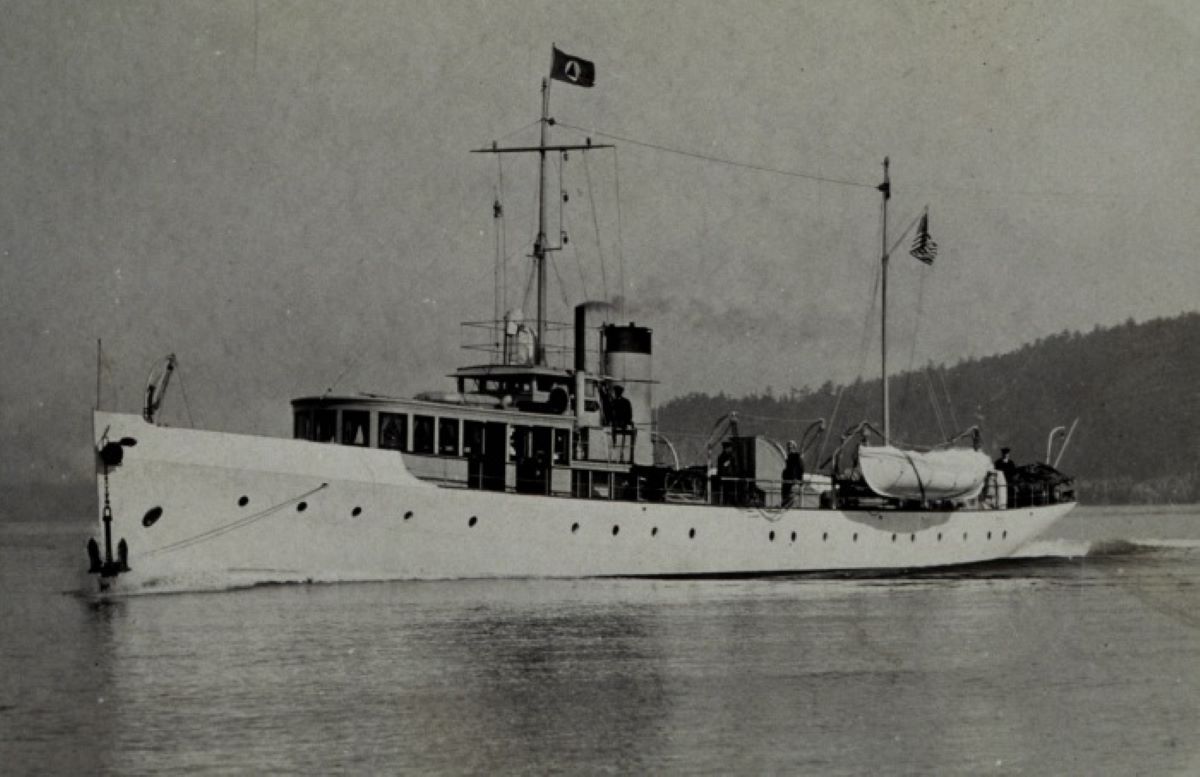 A private motorboat named Natoma was commissioned into the U.S. Navy about four-and-a-half months after the United States entered World War I on the side of the Allied Powers. Natoma had been designed and built in 1913 as a vessel for Charles H. Foster, president of the Cadillac Motor Car Company of Chicago. This motorboat was created for Foster by the New York-based shipbuilder Gas Engine and Power Company & Charles L. Seabury and Sons (the present-day marine service company Consolidated Yachts).

Natoma was furnished with two double staterooms as well as a lobby that could be used when necessary as an extra stateroom. In addition, this vessel had a center cabin outfitted with bookcases, a seating area, and a desk. Natoma also had a dining area.

Natoma was eventually acquired by New York City resident Richard Howe, and he was the one paid $45,000 by the Navy for its use of the motorboat. After being commissioned as USS Natoma, this vessel was assigned to patrol duty in and around New York Harbor during the remainder of the war.

In April 1919 — five months after the armistice ending World War I went into effect — Natoma was transferred from the Navy to the U.S. Coast and Geodetic Survey (USC&GS) for use in underwater surveys and data collection efforts. (Since 1970, USC&GS has been known as the National Geodetic Survey and a part of the National Oceanic and Atmospheric Administration of the U.S. Department of Commerce).

As USC&GS Natoma, this vessel was used extensively for surveys along the Pacific coast; within the waters of southeastern Alaska; and in the Hudson River in New York. (The above photo of Natoma was taken in 1928). Natoma remained in service as a survey vessel until USC&GS decommissioned her in 1935.

For more information on USS/USC&GS Natoma, please check out https://en.wikipedia.org/wiki/USC%26GS_Natoma