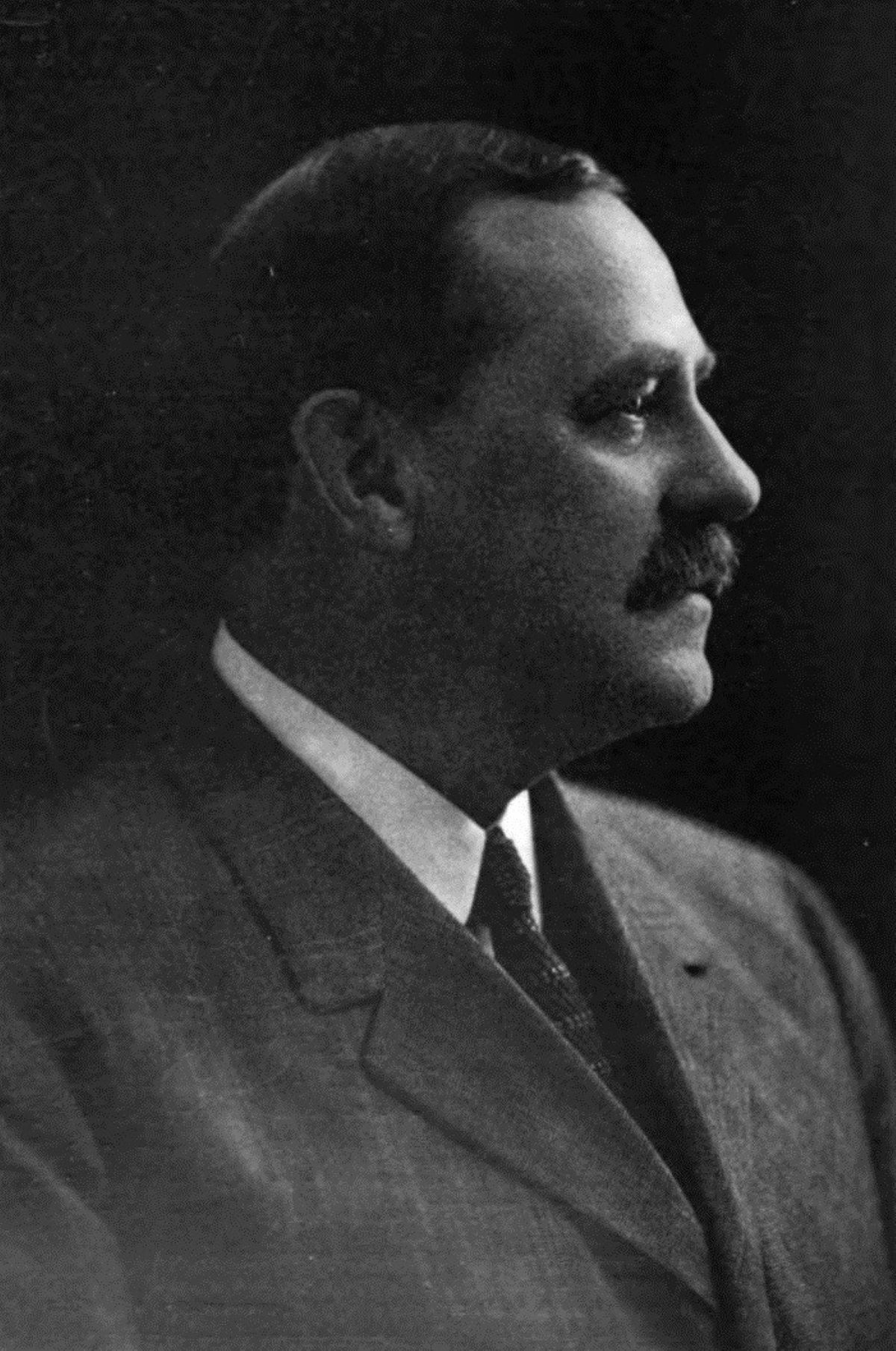 Railroad executive Howard Elliott was born in New York City. He started his longtime railway career during the summer of 1880 when — while on vacation from college — he worked as a surveyor’s assistant for the Chicago, Burlington, and Quincy Railroad.

After graduating from Harvard University’s Lawrence Scientific School with a degree in civil engineering, Elliott worked as a clerk in the office of the president of the St. Louis, Keokuk, and Northwestern Railway. He went on to work in several key capacities for that railroad company and others, steadily making his way up the career ladder to the top ranks of the profession.

In 1903, Elliott was elected president of both the Northern Pacific Railway and its various subsidiary companies. He was elected president and director of the New York, New Haven, and Hartford Railroad (widely known as the New Haven) in 1913. Elliott served in those positions at that company until 1917, except for a 10-month period between October 1913 and August 1914.

One of the more popular services launched during Elliott’s tenure at the New Haven was the so-called “Yale Bowl” trains. Starting in November 1914, special trains operated by the New Haven transported college football fans to and from games at the Yale Bowl stadium in New Haven. Those passengers would be taken to New Haven Union Station, and from there they boarded trolleys for a two-mile (3.2-kilometer) ride to the stadium.

A collection of speeches given by Howard Elliott is available at http://onlinebooks.library.upenn.edu/webbin/book/lookupname?key=Elliott%2C%20Howard%2C%201860-1928

For more information on the New York, New Haven, and Hartford Railroad (widely known as the New Haven), please check out https://hollisarchives.lib.harvard.edu/repositories/11/resources/8975