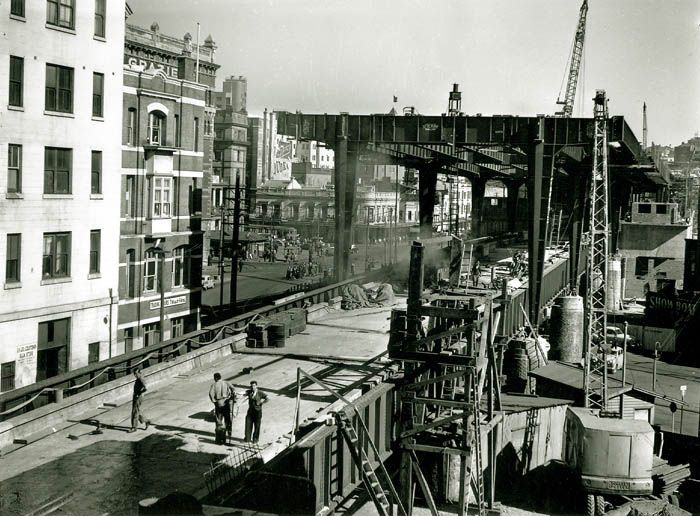 The initial segment of Australia’s first-ever freeway was opened to traffic in Sydney in the state of New South Wales (NSW). Joseph Cahill, NSW’s premier at the time, inaugurated the overhead portion of the freeway and made clear his high expectations for the new route and what it would mean for Sydney. “Cahill Sees Roadway As Striking Symbol of Sydney’s Maturity,” proclaimed the next day’s edition of the Sydney Morning Herald.

The route, which was named the Cahill Expressway in honor of the premier after his death in 1959, was fully built in 1962 with the completion of its lower level. The Cahill Expressway, while long controversial for reasons ranging from how the route was designed to where it is located in Sydney, continues to be a vital transportation link for Australia’s largest city.