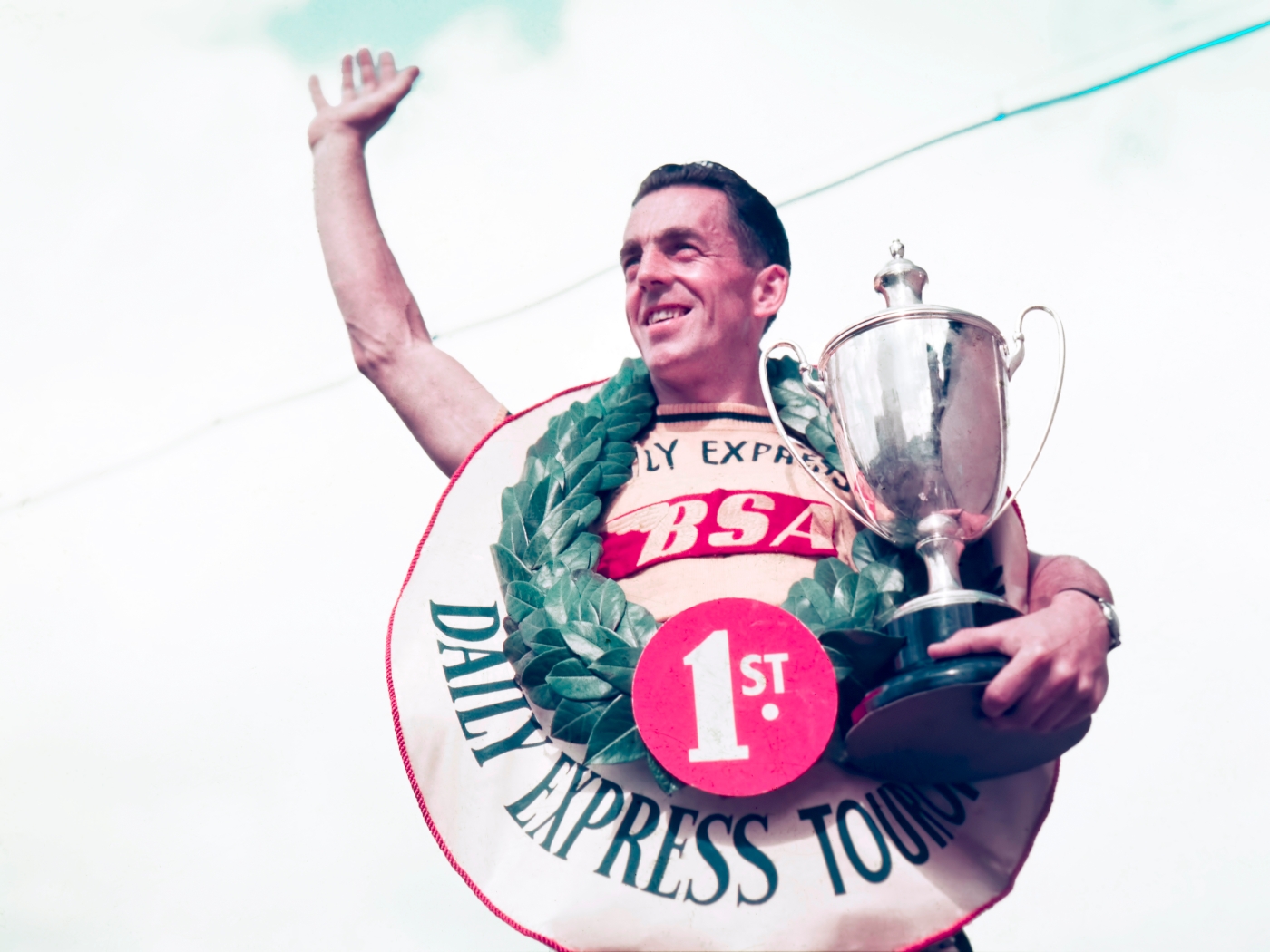 British cyclist Gordon W. “Tiny” Thomas died in the city Peterborough in eastern England at the age of 91. He had been born in the town of Shipley in northern England’s county of West Yorkshire in 1921. Thomas acquired the nickname “Tiny” when, as a 12-year-old joining a local cycling group known as the Yorkshire Road Club, he found himself competing against children who were older and bigger than him.

Thomas proved to be a formidable cyclist at that point in his life, but it was not until after his service in the British Army during World War II that he pursued the sport at a more advanced level. “I was in North Africa and Italy [with the Royal Artillery] and then came back and started cycle racing,” he recalled in a 2012 interview with the British newspaper Independent. “It was more than just pleasure, it was serious.”

Thomas competed for England in the 1948 Summer Olympics in London, winning a silver medal in the team road race alongside his teammates Ernie Clements, Bob Maitland, and Ian Scott. Thomas also distinguished himself in the individual event, finishing eighth in a field of 101 cyclists. “We were strictly amateur in those days,” Thomas said during his 2012 interview with the Independent. “It’s bigger and more professional now; it’s completely different.”

Thomas achieved an additional measure of fame in 1953 when he won that year’s Tour of Britain. He completed the 1,624-mile (2,613.6-kilometer) multi-stage cycling race, which is held on roads throughout England, in 70 hours, 3 minutes, and 34 seconds.  Thomas, who was 32 at the time, then retired from cycling to focus instead on operating a wool business. Thomas did not leave the world of cycling altogether, however. Over the next several decades, he continued to attend the annual luncheons of the Yorkshire Road Club.

For additional information on Gordon W. “Tiny” Thomas, please check out https://en.wikipedia.org/wiki/Gordon_Thomas_(cyclist) and his obituary appearing in the 16 April 2013 edition of the Telegraph & Argus at http://www.thetelegraphandargus.co.uk/news/10356542.Shipley_born_Olympic_cyclist_Gordon__Tiny__Thomas_dies_at_age_of_91/.