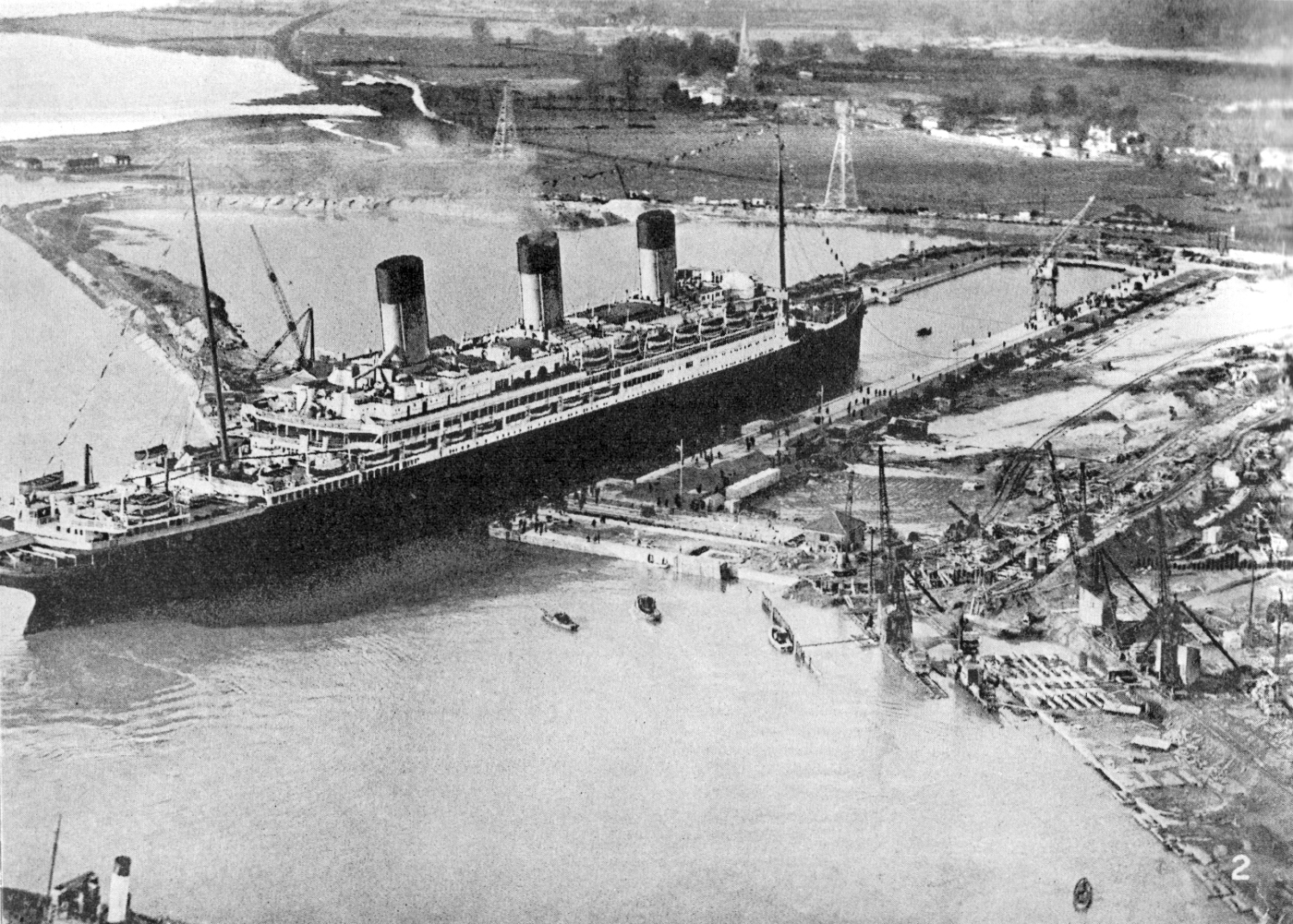 A record-setting dry dock was formally dedicated at the port city of Southampton on England’s southern coast. This new facility was specifically a graving dock, which is a basin into which a vessel can be floated for maintenance and repairs. After the water is temporarily pumped out of the basin, the vessel rests upon a series of blocks in order to perform needed work on the entire hull (in particular the sections that are normally submerged out at sea). This potential work done encompasses everything from the removal of barnacles to the treatment of corrosion.

The new graving dock at Southampton was developed from what had been an extensive and barren mudflat along Southampton’s shoreline, and it was primarily intended to accommodate and help maintain ever-larger ocean liners that were being built in England throughout that decade.

Thousands of people turned out for the grand opening of the dock and exuberantly welcomed King George V and Queen Mary when they arrived on board the Royal Navy yacht HMY Victoria and Albert. A red, white, and blue ribbon had been festooned across the entrance to the dock, and the royal yacht sliced through that ceremonial ribbon as planned while making her way into the new facility. The vessel, according to the Australian Cable Service, “entered the flower-strewn waters of the dock, to the accompaniment of cheering crowds and the music of massed bands, while, overhead, aeroplanes circled.”

As part of the festivities, Queen Mary poured wine into the facility and christened it the King George V Graving Dock. The king, for his part, highlighted England’s maritime legacy and priorities while addressing those in attendance. He asserted, “It is as true today as ever that the welfare of this country is largely bound up with the prosperity of its sea-borne traffic.”

The construction of the King George V Graving Dock was completed the following year. Measuring 1,200 feet (365.8 meters) long and 135 feet (41.2 meters) wide, it was the world’s largest graving dock and would retain that distinction for three decades. The first vessel to use the dock was the White Star ocean liner RMS Majestic.

Along with serving as a place for the comprehensive repairs and maintenance of large ships, the King George V Graving Dock played an important role during World War II. The dock was one of the major embarkation points for the Allied invasion of Normandy in 1944, for example.  Just over 70 years after its debut, the facility was decommissioned as a graving dock and converted into a permanent wet dock in which water is maintained at a level that keeps vessels afloat.

A video of the official opening of the dock is available at https://www.youtube.com/watch?v=g5i_3FtbG4o.