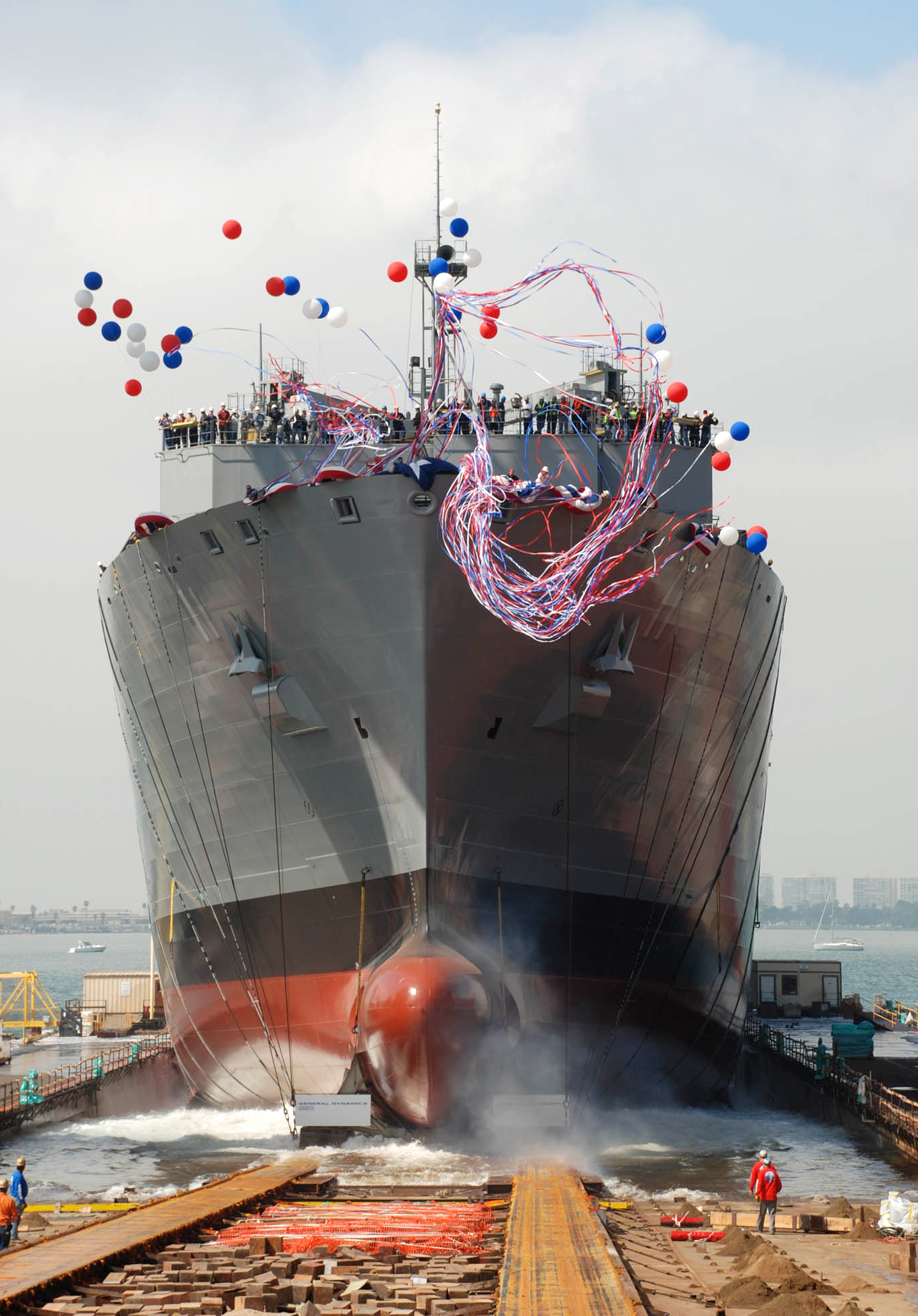 Captain Michael Flannigan, the civil service master for USNS Washington Chambers, took time during the ceremony to highlight the day’s somber anniversary. “This is a monumental day,” he said to those in attendance.  “We remember the 9/11 attacks and this great ship.”

The ship was named after Captain Washington Irving Chambers (1856-1934), who played a key role in the development of the Navy’s aviation program. “Washington Chambers gave us a legacy of hard work and perseverance,” proclaimed Rear Admiral Richard J. Hanlon, commander of Naval Air Force Atlantic, during his own remarks at the ceremony. “Today, we honor him with a namesake that was not only built with his example at its forefront but a ship that will serve the Navy with the same example by which he served.”

After undergoing a series of tests and sea trials, USNS Washington Chambers was formally delivered to the Military Sealift Command in February 2011. The ship’s mission involves delivering ammunition, food, fuel, repair parts, and potable water to a variety of naval ships.

Additional information on the launch ceremony for the ship is available at https://www.navy.mil/submit/display.asp?story_id=55937.