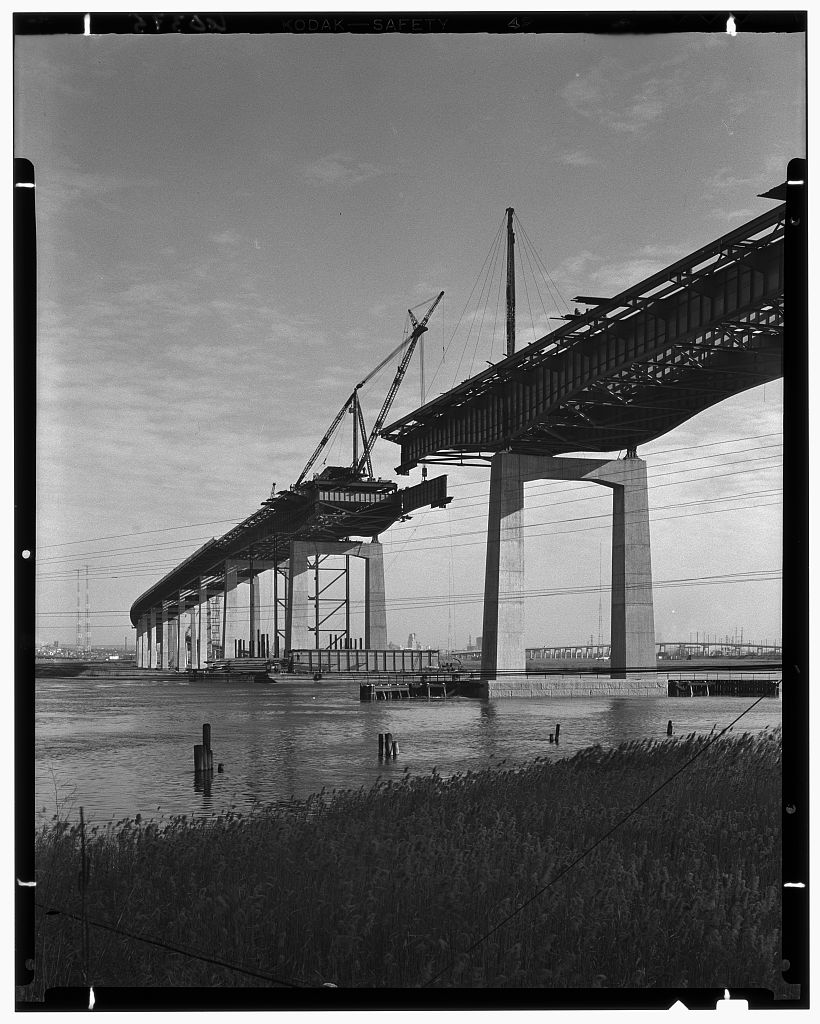 While not yet completed at the time, the New Jersey Turnpike (NJTP) was officially dedicated with a great deal of fanfare. The New York Times reported, “A major engineering feat, the new highway is an unimpeded route, without traffic lights, no cross roads, no lefthand turns and no grades over 3 percent.”

The NJTP’s initial 53-mile (85.2-kilometer) section, linking the community of Deepwater with the city of Bordentown in the southern region of the state, had actually been opened more than three weeks earlier. For the dedication on November 30, a 40-mile (64.4-kilometer) segment linking Bordentown with the northern New Jersey municipality of Woodbridge Township made its debut.

As part of the dedication, New Jersey Governor Albert E. Driscoll led an extensive procession of automobiles and buses along much of the newly opened section. “Motorists can now see the beauty of the real New Jersey,” proclaimed Driscoll at one point during the day’s festivities.

The NJTP now covers a total of 122.4 miles (197 kilometers). The highway’s southern terminus is at the interchange of U.S. Route 130 and New Jersey Route 49, which is located one mile (1.6 kilometers) from the eastern end of the Delaware Memorial Bridge; the northern terminus is at the western end of the George Washington Bridge at the borough of Fort Lee. The NJTP has firmly established itself as a major thoroughfare along the eastern seaboard and is one the most heavily traveled highways in the entire United States. Over the decades, it has also made a huge imprint on popular culture through numerous references in music, movies, and television.