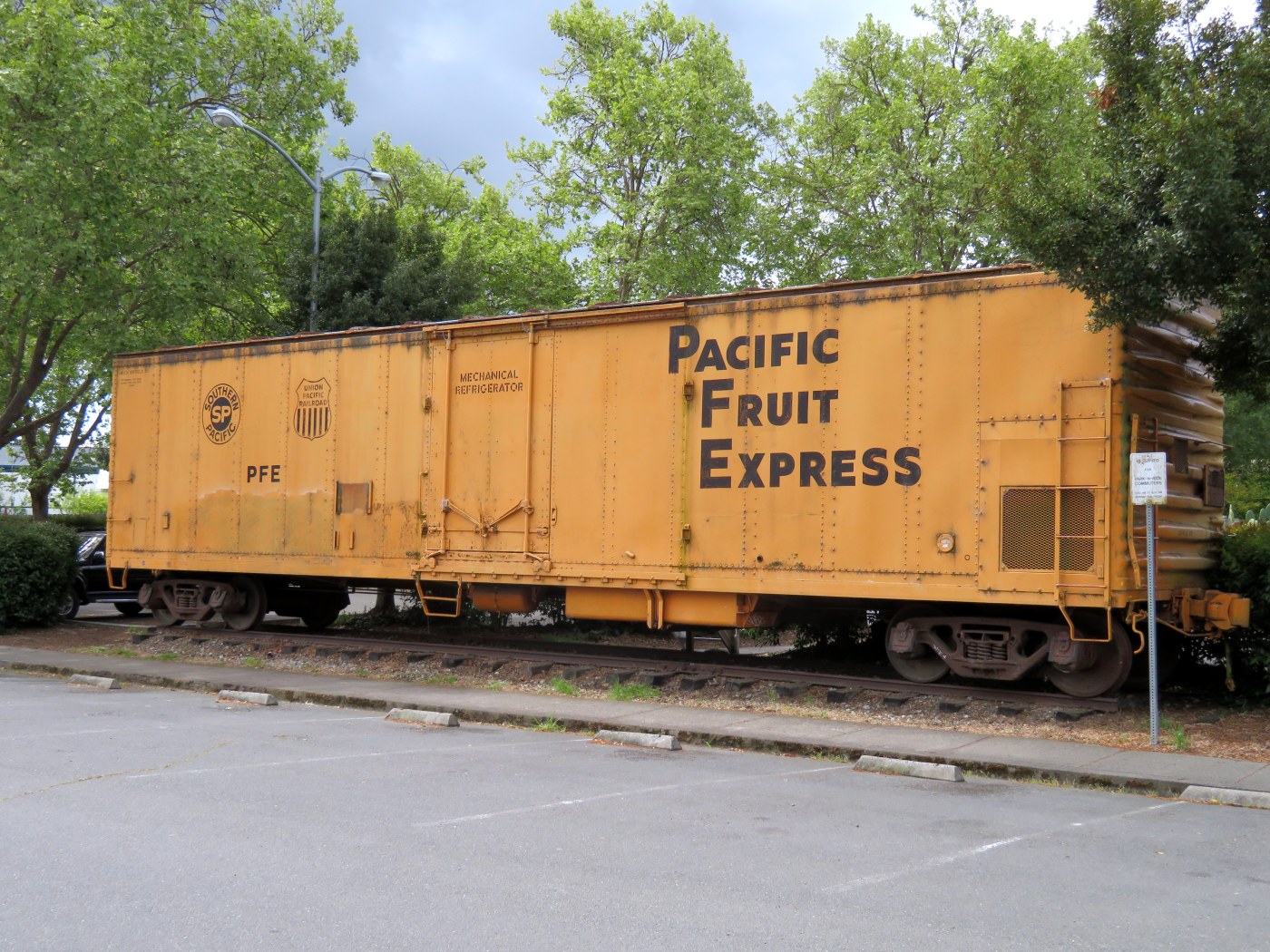 The Southern Pacific Railroad (SP) and Union Pacific Railroad (UP) jointly established the Pacific Fruit Express Company (PFE). The Montana-based Weekly Missoulian reported that PFE was “chartered to construct and operate refrigerator cars, ventilator cars and other vehicles for the transportation of fruits, vegetables, meats, etc., and to build and operate refrigerating plans, warehouses, and cold storage plants.”

William Hazard Bancroft, a seasoned veteran of the railroad industry, was named the new company’s president. He had been serving as vice president and general manager of the Oregon Short Line Railroad, which was acquired by UP eight years earlier.

PFE began its operations with a fleet of 6,600 refrigerator cars built by the American Car and Foundry Company. For about seven decades, PFE transported large quantities of fruit, vegetables, and other perishables from the western United States to the eastern region of the nation. To help support its wide-ranging operations, PFE maintained a number of docks and ice plants as well as car and repair shops throughout the west.

PFE became an industry leader in terms of refrigerator car design and technology, and it also played a major role in the agricultural growth of the western states. At one point, PFE — with a fleet that had expanded to nearly 41,000 cars — was the largest operator of refrigerated rail cars in the world.

Over time, however, PFE faced formidable competition in the ever-increasing number of trucks that shipped perishables nationwide via the Interstate Highway System. In 1978, the shared venture between SP and UP ended when the railroads dissolved their partnership and equally divided among themselves PFE’s assets and operations to form their own respective refrigerator car subsidiaries.

For more information on the Pacific Fruit Express Company, please check out https://oac.cdlib.org/findaid/ark:/13030/tf7199n8cr/.

Additional information on William H. Bancroft is available at http://utahrails.net/utahrails/w-h-bancroft.php.