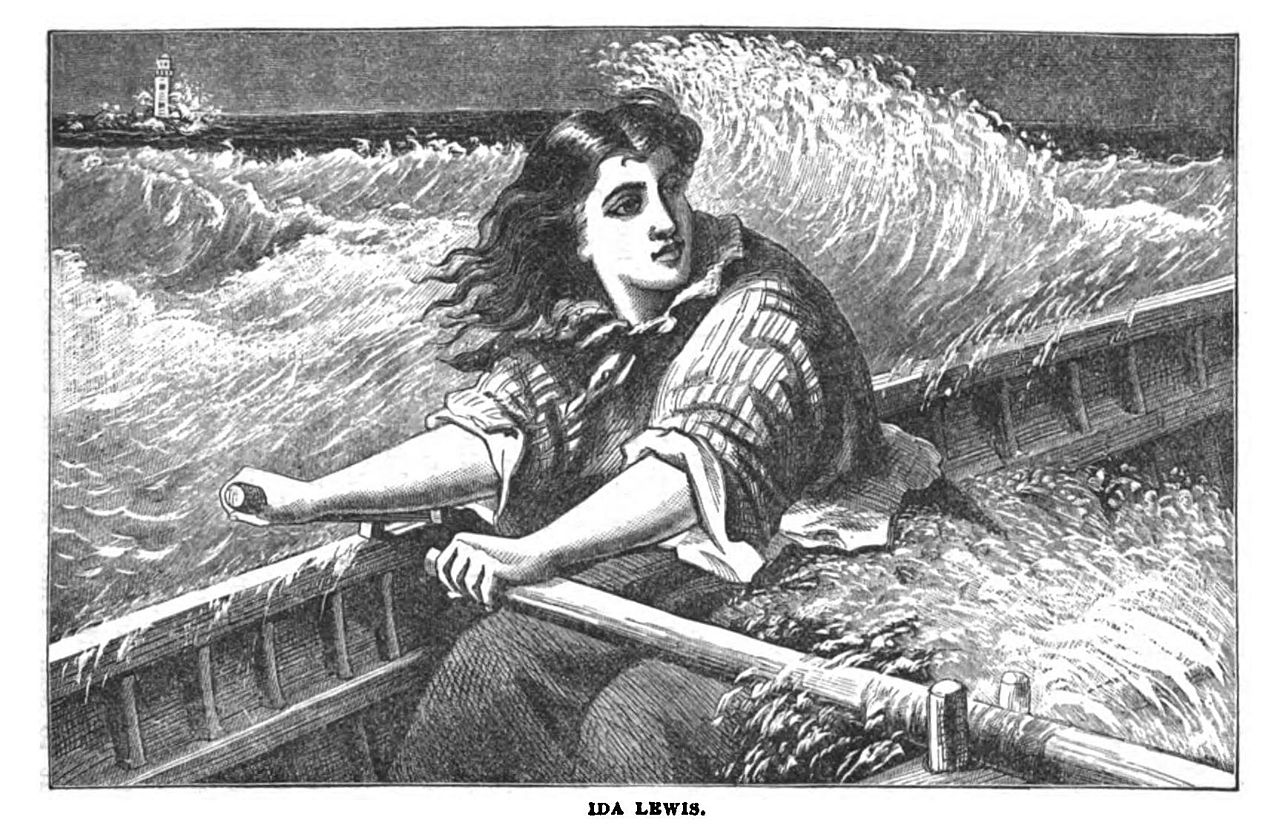 The soldiers, Sergeant James Adams and Private John McLaughlin, were traveling through Newport Harbor in a rowboat piloted by a 14-year-old boy. The soldiers were returning to Fort Adams from a festive visit in Newport, and the boy (his last name, according to varying newspaper accounts of the time, was either Lynch or Yanck) claimed to know his way through the harbor and gave them a ride in his rowboat.

The stormy waters tossed the rowboat around, and the vessel overturned. At nearby Lime Rock Lighthouse, Ida Lewis’s mother saw the capsized rowboat and alerted her 27-year-old daughter. Ida Lewis, despite battling a cold, rushed to a boat without putting on her shoes or coat and – along with her younger brother – navigated her way to the rowboat. They found Adams and McLaughlin clinging for dear life to the overturned rowboat and were able to haul both exhausted soldiers into their own vessel just in time. Lewis tried to likewise find and rescue the boy who had been guiding the rowboat. She paddled around in circles and called out his name several times, but tragically he was gone forever.

Nonetheless, her rescue of the two soldiers earned her nationwide acclaim and became her most famous life-saving operation in a longstanding career at Lime Rock Lighthouse. Lewis achieved considerable heroic status and was extensively profiled in newspapers and magazines throughout the United States. After Lewis’s father died in 1873, her mother was appointed keeper for Lime Rock Lighthouse. Ida Lewis continued doing much of the actual work, however, and was officially appointed keeper in 1879. She held the job until her death in 1911.

For information on Ida Lewis, please check out https://en.wikipedia.org/wiki/Ida_Lewis