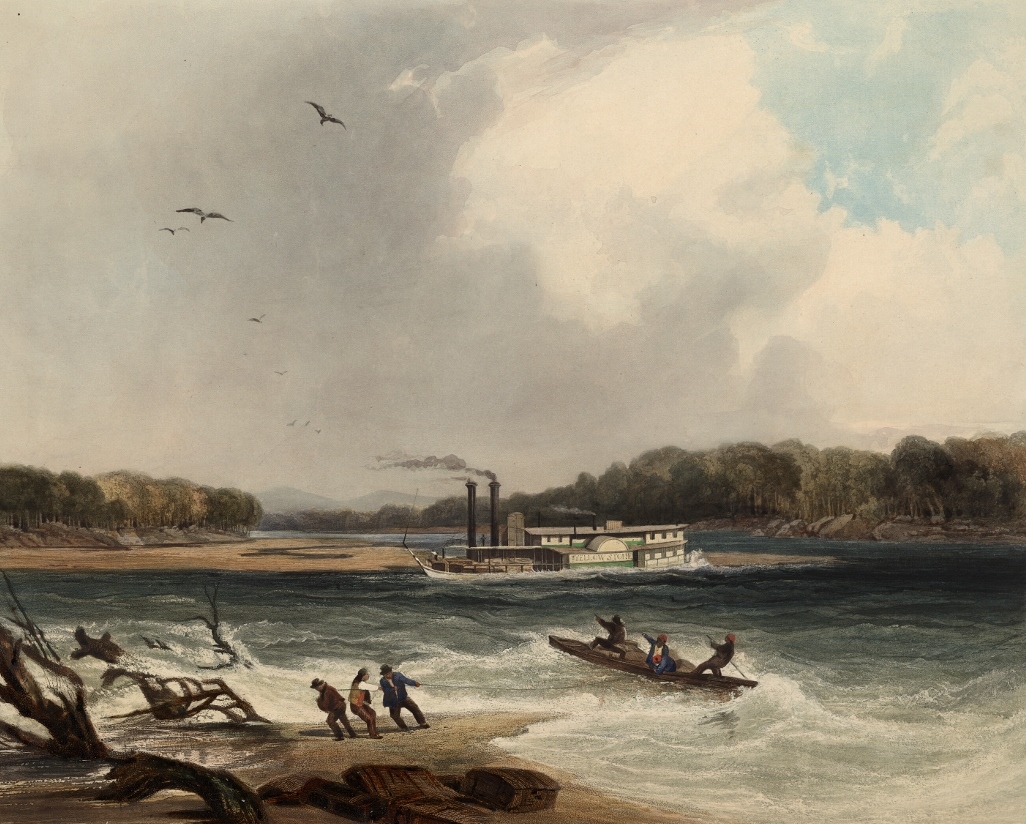 The side-wheeler steamboat Yellowstone (also spelled out as Yellow Stone) departed St. Louis, Missouri, for her maiden voyage. The vessel, which was characterized by the St. Louis Register later that spring as a “new and handsome steam boat,” had been built in Louisville, Kentucky, for merchant John Jacob Astor’s American Fur Company. The Yellowstone was placed in service along the Missouri River between St. Louis and trading camps further to the north.

For the vessel’s first run, Benjamin Young served as captain and Charles La Barge was the pilot. Pierre Chouteau, Jr., American Fur Company’s western agent, traveled with them. The others on board for the inaugural trip were nearly 100 French employees of the company and a crew of approximately two dozen men. The goods being transported on the run included blankets, fabrics, mirrors, knives, combs, beads, axes, gunpowder, tobacco, and liquor.

The Yellowstone made history on her maiden voyage when she became the first powered vessel to travel beyond Council Bluffs, Iowa, on the Missouri River – about 660 miles (1,062.2 kilometers) north of St. Louis. The steamboat continued to sail north of Council Bluffs for approximately 600 miles (965.6 kilometers), reaching the company outpost of Fort Tecumseh (in the vicinity of what is now South Dakota’s capital city of Pierre) on June 19. With low water preventing the Yellowstone from sailing any further north, the steamboat made her way back to St. Louis fully loaded with furs.

The Yellowstone sailed higher up the Missouri River the following year and even reached the mouth of the river for which she was named. The steamboat remained in operation for at least a few more years. Her ultimate fate, however, is unknown; reports that she sank in the Texas-based Buffalo Bayou in 1837 have never been verified.

For more information on the side-wheeler steamboat Yellowstone and her 1831 maiden voyage, please check out https://en.wikipedia.org/wiki/Yellowstone_(steamboat)