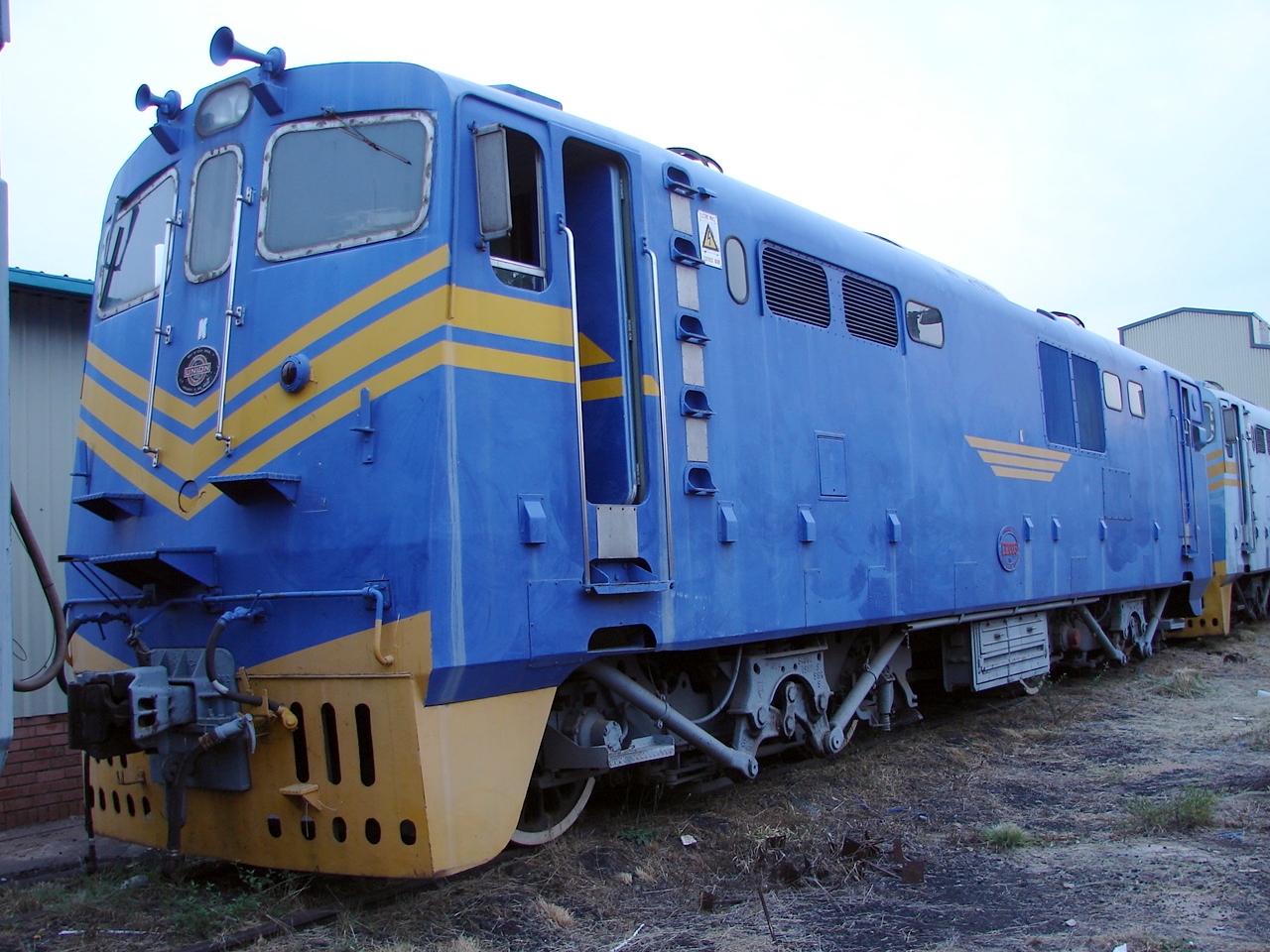 In the Republic of South Africa, an experimental high-speed commuter train service began regular runs between the cities of Pretoria and Johannesburg. This service was called MetroBlitz, and it was operated by the South African Transport Services (SATS). MetroBlitz replaced a commuter train service known as the Jacaranda Express, which had been introduced in 1979. While the trains for the Jacaranda Express ultimately took an average of 58 minutes to complete the 40.3-mile (69.4-kilometer) route between Pretoria and Johannesburg, Metroblitz was able to cover that same distance in 42 to 44 minutes.

MetroBlitz’s key advantage in this regard was its use of the Class 12E electric passenger locomotive. A total of five of these locomotives were designed and built specifically for MetroBlitz by the rolling stock manufacturer Union Carriage & Wagon (based in the South African town of Nigel).

Those traveling on MetroBlitz’s trains on their first day of service included railroad writer Bruno Martin, whose article on that experience appeared later that year in the newsletter of the Natal chapter of the Railway Society of South Africa. “Rail transport entered into a new era on Monday, 16 January 1984,” stated Martin in his article.

Martin also noted, “The fully air-conditioned coaches are each fitted with 60 aircraft-type seats in a chequered red/grey material and the floor is covered with plush red carpeting throughout. The livery of the Metroblitz is striking, to say the least – starting with a broad red band, then narrower yellow band below the window level, thereafter dark grey and followed by a yellow and red band above the windows.” In addition, Martin confirmed that “the ride at 160 km/h [99 miles per hour] is extremely smooth and quiet with very little jolting over the points.”

Notwithstanding such a positive assessment on its inaugural day, MetroBlitz remained in operation only until the following year. The reasons for its short-lived existence included significant infrastructure costs; the need to accommodate the schedules of slower-moving train services on the same tracks; and stiff competition from other modes of transportation in the region.

Additional information on the Class 12E electric locomotives used by MetroBlitz is available at https://en.wikipedia.org/wiki/South_African_Class_12E.