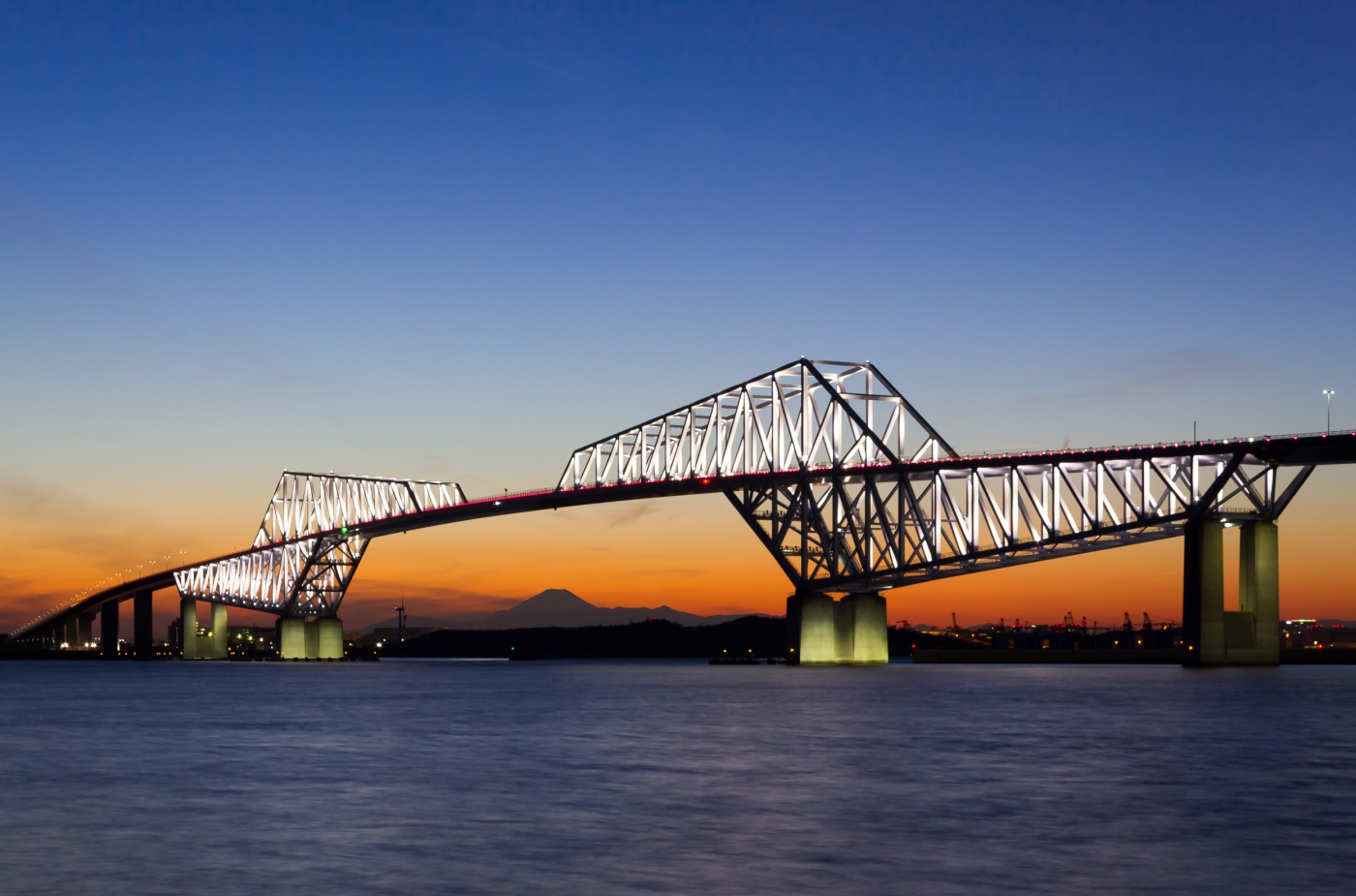 Tokyo Gate Bridge in Japan’s capital city was first opened to general traffic at around 10:00 a.m. Construction on this 8,589-foot (2,618 meters)-long truss cantilever truss bridge in Tokyo’s municipality (special ward) of Kōtō had started a decade earlier. The bridge carries motor vehicles as well as pedestrians across Tokyo Bay at that location.

The official opening of Tokyo Gate Bridge to the public took place the day after a dedication ceremony had been held for the new structure. Hundreds of people attended this ceremony. The public officials on hand for the ribbon-cutting portion of the event included Takeshi Maeda, Japan’s minister of land, infrastructure, transport and tourism; and Kanji Murayama, vice governor of Tokyo. The day’s festivities also included having a motorcade travel across the bridge. This motorcade consisted of dozens of electric vehicles.

During much of the construction phase for this bridge, the structure was called Tokyo Bay Waterfront Bridge. Eventually, however, the public was asked to suggest new names for the bridge. A total of 12,223 submissions for possible names were received and, in November 2010, government officials formally announced that Tokyo Gate Bridge was chosen as the new designation for the structure.

Even before the bridge opened in 2012, however, it also acquired a nickname that continues to be widely used today. That nickname is “Dinosaur Bridge,” and it grew in popularity because – for many people – the truss sections on the bridge resemble two monsters facing off against each other.