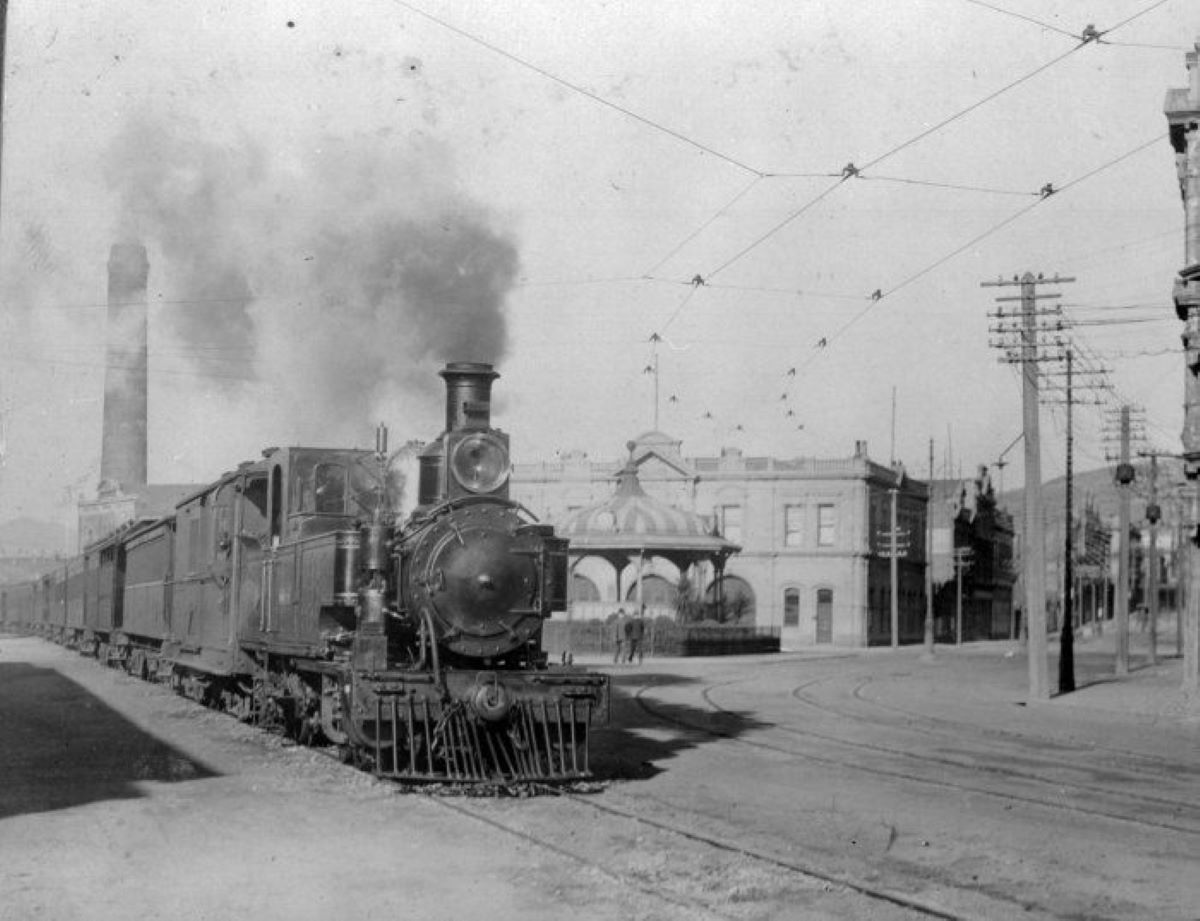 The Te Aro Extension, a short branch line railway that was part of the long-distance railway known as the Wairarapa Line on New Zealand’s North Island, was opened to the public. The 1.1-mile (1.8 kilometer) Te Aro Extension, which was also called the Te Aro Branch, was built in the city of Wellington on the southwestern tip of North Island. (At the time, New Zealand was a British colony; it gained semi-independent status as a dominion of the British Empire in 1907 and achieved full autonomy in 1947.)

The opening of the Te Aro Extension to passengers on a regular basis took place five days after this railway had been officially inaugurated. The public officials taking part in those dedication festivities and riding on board the first train to travel on the new line included Richard Seddon, minister of public works and a future prime minister; John McKenzie, minister of lands; and Francis Bell, mayor of Wellington and another future prime minister.

The Wellington-based Evening Post reported on that ceremonial train ride between the Thorndon Station and the endpoint for the newly opened route. This newspaper noted, “The start was made punctually at noon by Mr. Dawson, stationmaster, and the distance to the terminus – one mile [1.6 kilometers] and a chain – was run in exactly eight minutes.” The Evening Post also stated, “The run back to Thorndon was accomplished in a fraction over five minutes, or at a rate of 11 miles [17.7 kilometers] an hour.”

A total of 195 passengers traveled on the Te Aro Extension on its first day of regular service on March 30. This railway remained in operation in New Zealand’s capital city until 1917, when stiff competition from local trams forced its closure. The one-time tracks for the Te Aro Extension were removed in 1923.