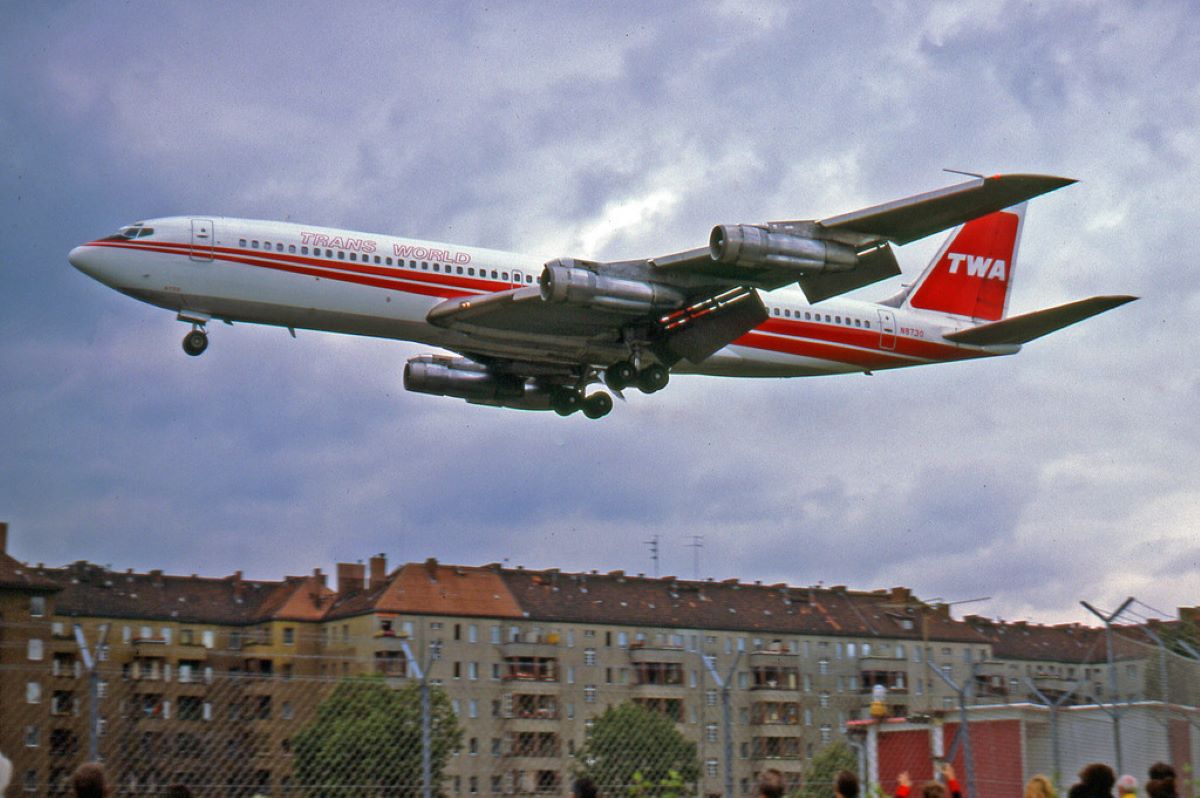 Trans World Airlines (TWA) introduced regularly scheduled in-flight movies during a transcontinental trip of a Boeing 707 between New York City and Los Angeles. The first movie to be shown as part of that new service was By Love Possessed, a drama starring Lana Turner and Efrem Zimbalist, Jr. The screening of the movie on that pioneering TWA flight was made available only for those passengers in the first-class cabin.

David Flexer, a film buff who owned a small chain of movie houses, came up with the idea of regular in-flight movies while he was on a coast-to-coast flight in 1956. He subsequently explained in an interview with Life magazine, “Air travel is the most advanced form of transportation and the most boring.”

In seeking to make extended flight time more enjoyable or at least bearable, Flexer and his team spent three years of experimentation and his own investment of one million dollars to come up with a projector and related equipment weighing less than 100 pounds that would allow a film to be shown on a single reel to avoid any switchover of reels in the tighter-than-usual space of a plane. Flexer’s new company, Inflight Motion Pictures, was then ready to do business.

TWA, which was seeking to increase its competitiveness within the airline industry at that time, agreed to take a chance on Flexer and his idea. There had already been a few sporadic and rudimentary in-flight movie screenings as back as the 1920s, but it was not until the partnership between Flexer’s company and TWA that an airline regularly offered that movie-screening service. This service has since become a staple of air travel (and not just for first-class passengers) and also led the way for a wide array of other in-flight entertainment diversions, including video, satellite radio, and Wi-Fi access.

For more information on the first regularly scheduled showing of an in-flight movie, please check out https://www.wired.com/2011/07/0719twa-inflight-movies/