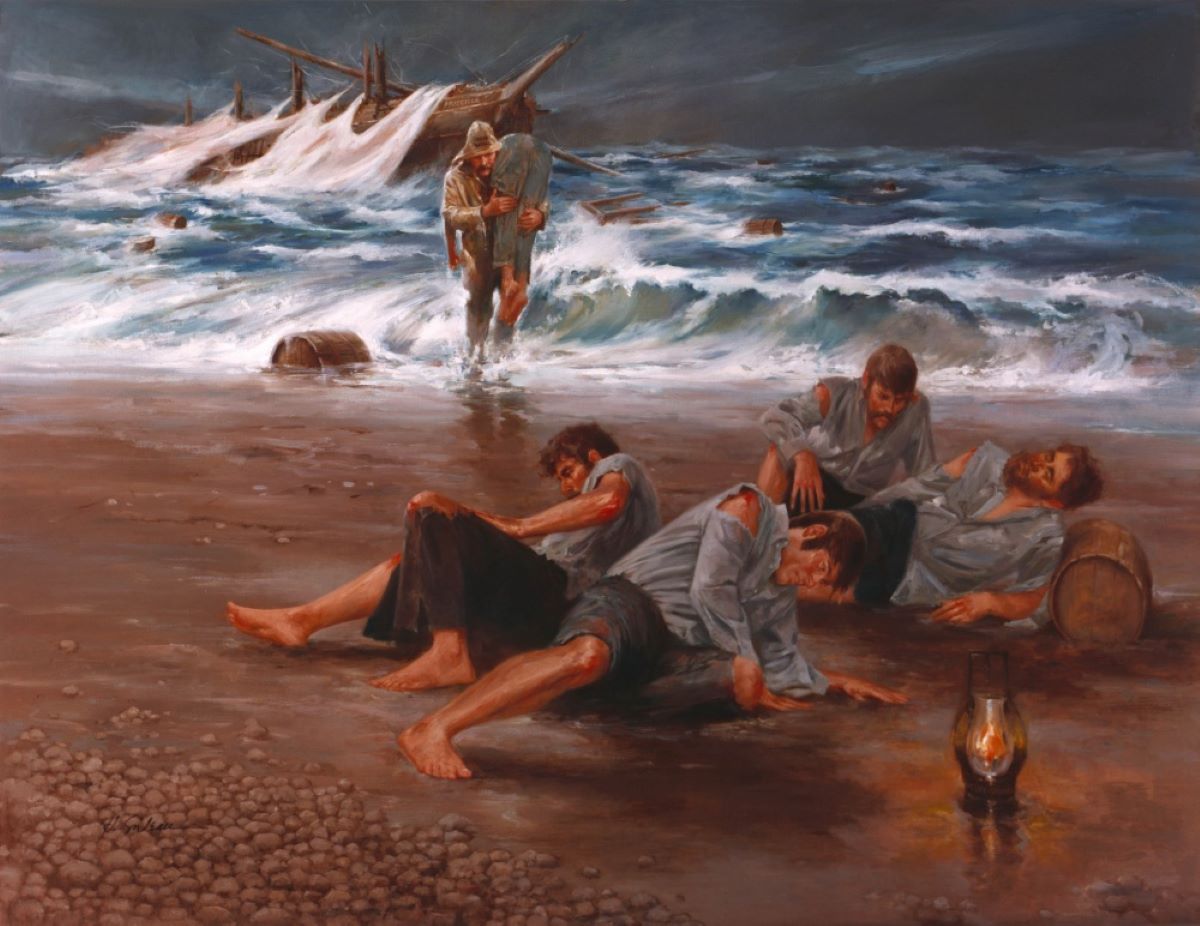 Just off the North Carolina coast, Erasmus “Rasmus” S. Midgett of the U.S. Life-Saving Service (USLSS) single-handedly rescued 10 men from a sinking ship. Midgett, who was born on North Carolina’s Hatteras Island in 1851, had become a surfman for the USLSS during the 1880s. (The USLSS was established in 1878 and remained in operation as a stand-alone agency of the U.S. Treasury Department until becoming part of the U.S. Coast Guard in 1915.)

A surfman was part of the crew of one of the USLSS stations built along the coast, and his duties involved helping to patrol the beaches in search of grounded or foundering vessels and rescuing any shipwrecked mariners. Midgett was assigned to the Gull Shoal Life-Saving Station, and he was patrolling on horseback at around 3:00 a.m. on August 18, 1899, when he first saw debris newly washed ashore – often a sign of a nearby shipwreck.

After traveling a couple of more miles (kilometers) along the beach, Midgett saw a shipwrecked vessel approximately 25 feet (7.6 meters) from shore. The vessel was the three-masted cargo ship Priscilla and, while en route from Baltimore to Rio de Janeiro, she had been severely damaged by a powerful hurricane called San Ciriaco.

Midgett could also see members of the Priscilla’s crew floating on the water and clutching to broken-off pieces of wood about 300 feet (91.4 meters) from him. Midgett, realizing that every second counted, decided to try to rescue everyone immediately rather than ride back to the station for help. After making his way into the water despite the still-turbulent waves, he managed to reach all 10 of the stranded men and drag each to safety on the beach.

Midgett subsequently rode back to the station for assistance, and several of his fellow surfmen helped him provide shelter and medical care for the rescued castaways. Two months later, Midgett received the Gold Life-Saving Medal for his heroic actions.