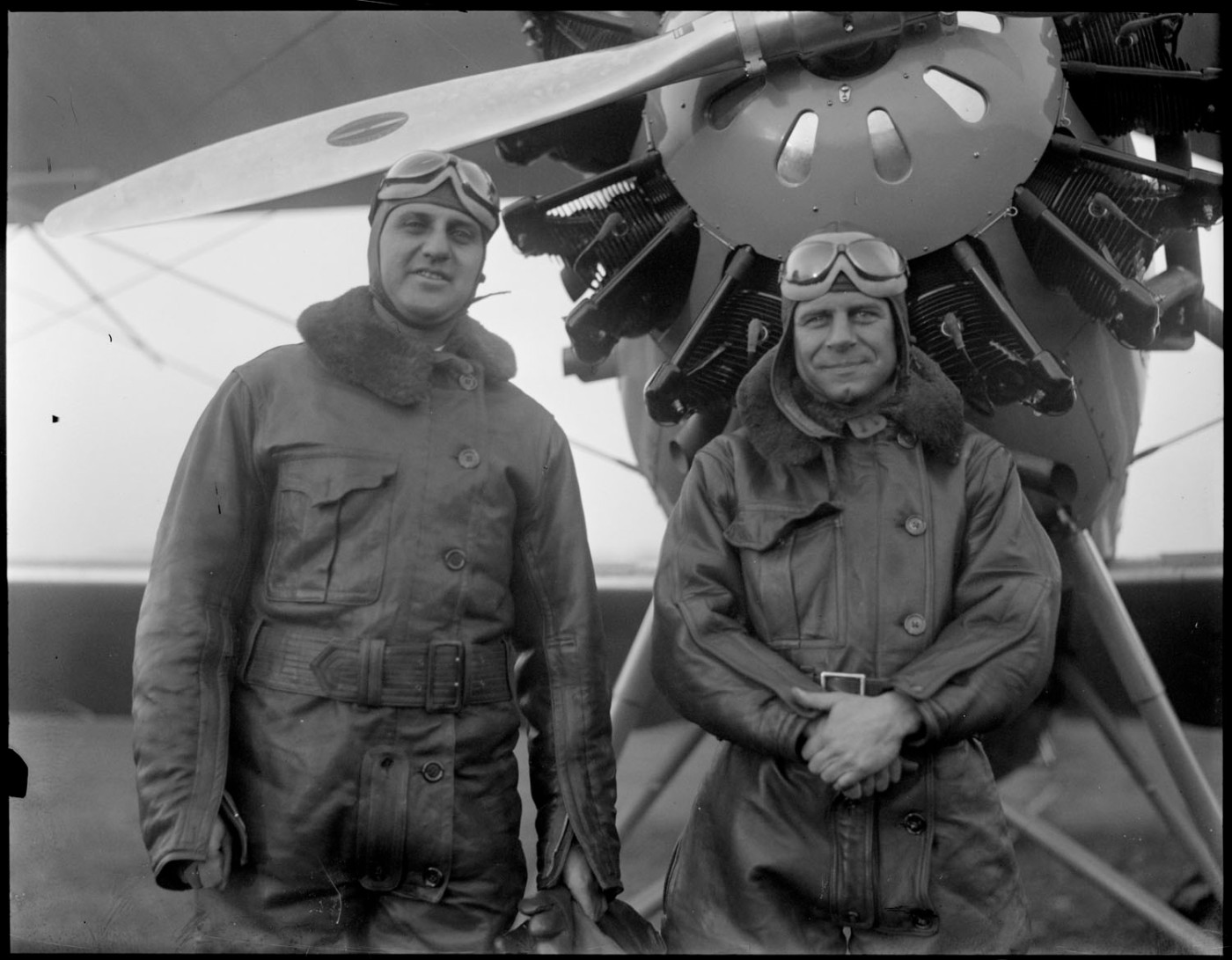 The opening day of the First National Aeronautical Safety Conference took place at the Hotel Pennsylvania on Seventh Avenue in New York City. This conference was held under the auspices of the Daniel Guggenheim Fund for the Promotion of Aeronautics.

This conference reflected efforts both within the United States and across the globe to more substantively address ongoing flight safety issues for planes. The Guggeneim Fund had been established in 1926 by philanthropist Daniel Guggenheim and his son Harry F. Guggenheim to focus on and promote those safety priorities. (The above photo depicts the latter of those Guggenheims, to the left, standing alongside aviation pioneer and military war hero Jimmy Doolittle.)

As president of the Guggenheim Fund, Harry F. Guggenheim prepared a statement that was widely published on the first day of the First National Aeronautical Safety Conference. He used the statement to outline the purpose of the conference.

“Today we are holding in New York the first national aeronautic safety conference in the history of the country,” asserted Guggenheim in his statement. “In a sense this conference is a celebration of the astonishing accomplishments that have been made in aeronautical safety. More than that, however, it is a consultation of the methods of solving the few still-unsolved problems which concern the rise of the airplane under unusual conditions, such as fog-flying or flying in storms.”

The best-known and most heavily publicized speaker at the conference was Charles A. Lindbergh, who had made aviation history the previous year when he flew from New York to the vicinity of Paris to complete the first solo, non-stop, transatlantic flight. Lindbergh’s talk at the conference was entitled “Requirements and Training for a Commercial Pilot.”

Other featured speakers at the two-day conference included Charles L. Lawrence, president of the Wright Aeronautical Corporation; George J. Mead, chief engineer for the Pratt & Whitney Aircraft Company; William P. McCracken, Jr., assistant secretary of commerce for aeronautics at the U.S. Department of Commerce; and F. Trubee Davison, assistant secretary of war for air at the U.S. Department of War.

Additional information on the Daniel Guggenheim Fund for the Promotion of Aeronautics is available at https://en.wikipedia.org/wiki/Daniel_Guggenheim_Fund_for_the_Promotion_of_Aeronautics

One thought on “1928: The Start of a Major Aviation Safety Conference in New York City”