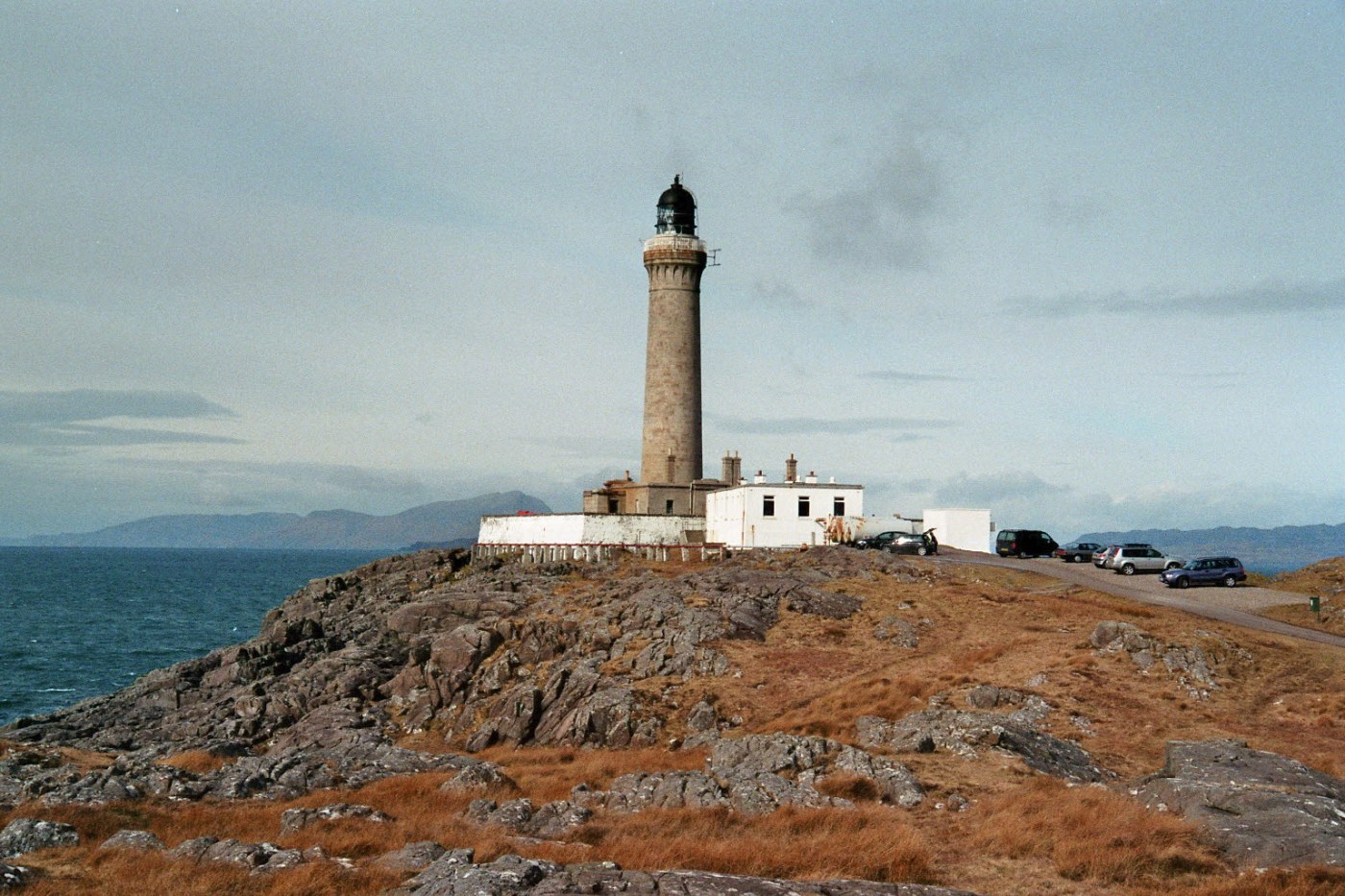 On the coast of Scotland’s Western Highlands, Ardnamurchan Lighthouse made its formal debut when an oil light there was first illuminated to help guide ships sailing through the portion of the North Atlantic Ocean in that area. This lighthouse was built on the furthest western reach of the Ardnamurchan Peninsula, which in turn is the second most westerly point of the Great Britain mainland. The lighthouse is specifically situated at Ardnamurchan Point, where the peninsula’s northern and southern shorelines meet.

The 118-foot (36-meter)-tall Ardnamurchan Lighthouse took three years to complete, and was built with pink granite shipped from the regional Isle of Erraid. The structure was designed by Alan Stevenson, a member of the renowned Stevenson dynasty of engineers responsible for the construction of nearly 100 lighthouses in Scotland and the Isle of Man between 1799 and 1939.  (One of Alan Stevenson’s nephews was Robert Louis Stevenson, who chose not to pursue an engineering career and instead became an internationally acclaimed writer; part of his classic adventure novel Kidnapped takes place on the Isle of Erraid.)

Ardnamurchan Lighthouse has been managed since the time of its debut by the Northern Lighthouse Board, which was established by an act of the British Parliament in 1786 to oversee the major lighthouses of Scotland and the Isle of Man. Ardnamurchan Lighthouse was originally manned by two lightkeepers. Since 1988, however, the lighthouse has instead been automated and is now remotely operated from the Northern Lighthouse Board’s headquarters in the Scottish capital city of Edinburgh. In more recent years, the lighthouse has acquired yet another claim to fame as the setting for the last part of the popular adventure video game Sherlock Holmes: The Awakened, which was released in 2007 by Frogwares.

For more information on Ardnamurchan Lighthouse, please check out https://en.wikipedia.org/wiki/Ardnamurchan_Lighthouse