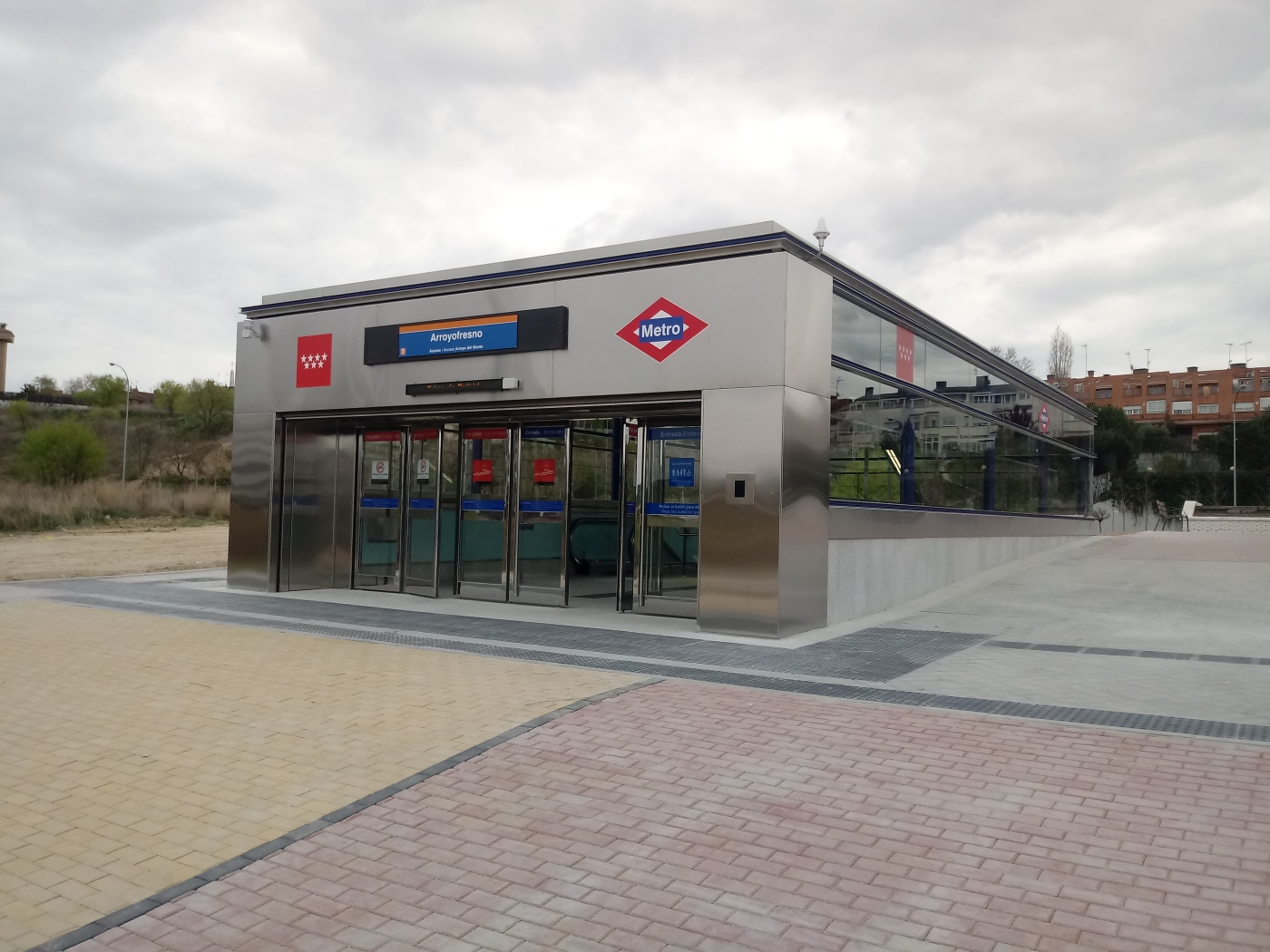 An underground rapid transit station known as Arroyofresno was officially opened to the public in Spain’s capital city of Madrid. Arroyfresno is one of 31 stations on Line 7 of the Madrid Metro. With a length of 182 miles (293 kilometers) altogether, the Madrid Metro is the world’s 14th longest rapid transit system.

At the time, Garrido emphasized that Arroyfresno would be “100 percent accessible for people with disabilities and reduced mobility, thanks to its three lifts (two of which go down to the platforms from the entrance hall), its eight escalators, and level entrances.” Garrido also noted that the station was opening in the centennial year for the Madrid Metro. “[The Madrid Metro] transformed our city a century ago into a modern metropolis and even now continues to maintain Madrid at the vanguard of fast, sustainable and ecological public transport,” he said.

For more information on the rapid transit station Arroyfresno, please check out https://en.wikipedia.org/wiki/Arroyofresno_(Madrid_Metro)

Additional information on the Madrid Metro is available at https://en.wikipedia.org/wiki/Madrid_Metro