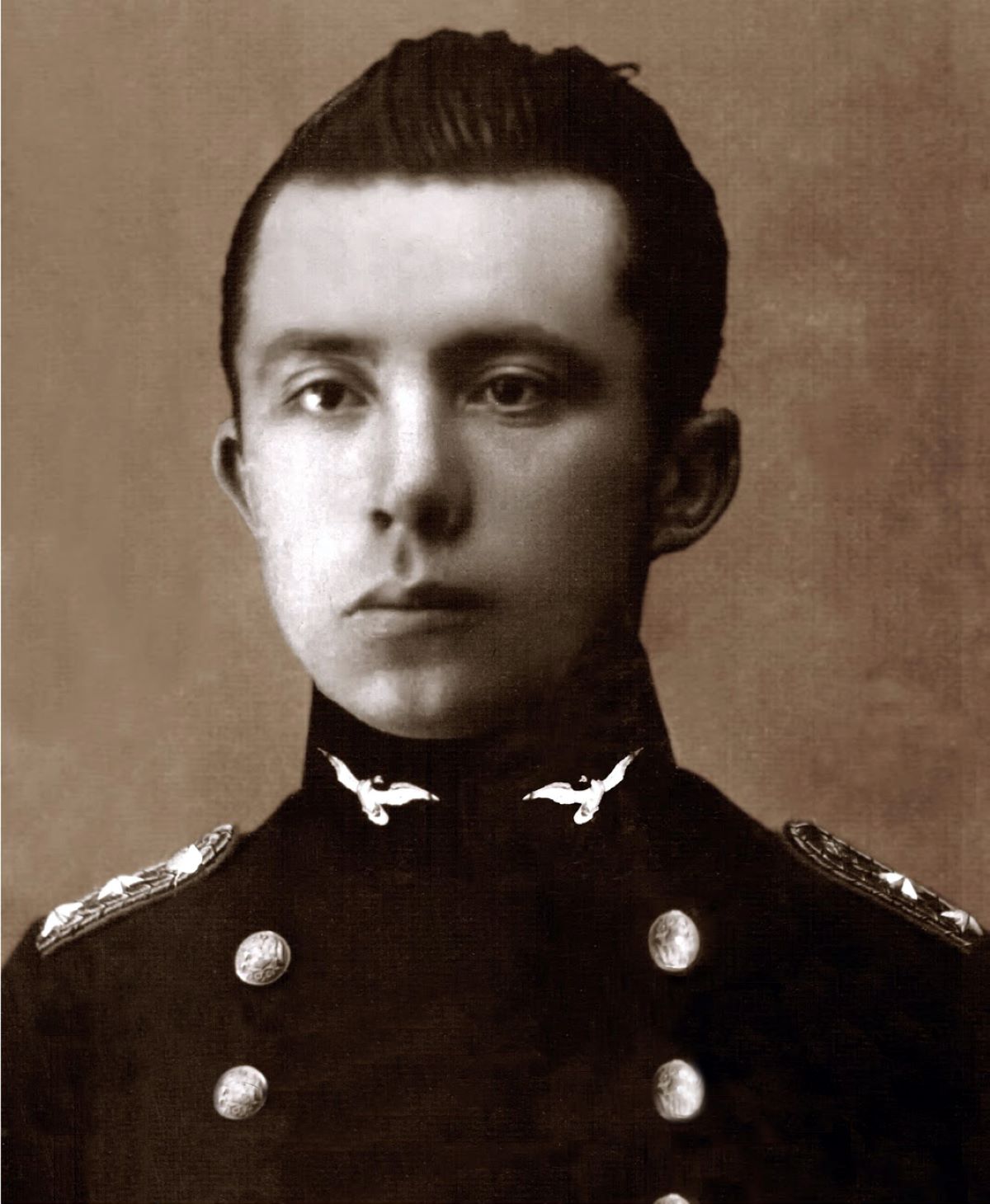 Lieutenant Dagoberto Godoy of the Chilean Army completed a record-breaking flight when he piloted a monoplane over the Andes. In April of that year, Lieutenant Luis C. Candelaria of the Argentine Army had become the first person to fly a plane over that mountain range when he piloted a French-built Morane-Saulnier Parasol monoplane above a southern portion of the Andes between the Argentine city of Zapala and the Chilean commune and city of Cunco. Candelaria reached an altitude of more than 10,000 feet (3,048 meters) during this flight, thereby clearing the highest peaks of that section of the Andes by nearly 3,000 feet (914.4 meters). Gadoy’s daunting challenge was to successfully navigate a plane within the even higher and more formidable region of the Andes to the north.

Godoy, who is pictured above, had been born in the city and commune of Temuco in Chile on July 22, 1893. His army career began in earnest when he entered military school in 1910. Five years later, Godoy was admitted to the Servicio de Aviación Militar de Chile (Military Aviation Service of Chile). By 1916, he had graduated from the School of Military Aeronautics and was promoted to lieutenant. Over the next couple of years, Godoy’s topnotch flying skills were on display at various international competitions in which he took part.

In mid-1918, a dozen of the British-made Bristol M.1c monoplanes were delivered to Chile as partial payment for that country supplying England with battleships for its fight against the Central Powers during World War I. A huge technical advantage of the Bristol M.1c was its consistent ability to reach great heights up in the sky, something that definitely did not escape Godoy’s attention. He sought and obtained authorization from Pedro Dartnell, the head of Chile’s military air service, to use one of those planes for a flight across the Andes that would surpass the altitude reached by Candelaria.

On December 12, 1918, Godoy took off in a Bristol M.1c from the military airfield in El Bosque (a suburb of Chile’s capital city of Santiago). He was soon flying more deeply into the Andes region. Godoy managed to maneuver his plane past the massive lava dome known as Tupungato, through the mountain passes called Cristo and Uspallata, and near the summit of Aconcagua (the world’s highest mountain outside Asia). Godoy attained an altitude of at least 17,300 feet (5,181.6 meters) during this 130.5-mile (210-kilometer) plane trip, which averaged 80.8 miles (130 kilometers) per hour and lasted a total of one hour and 28 minutes.

“I was in an unknown world,” Godoy later recounted when describing what he saw around and below him during this flight. “The mountain range stood out wonderfully clear; everywhere were canyons, immense black-mouthed valleys, gentle foothills, and icy slopes.”

Godoy’s landing in the vicinity of the Argentine city of Mendoza was a decidedly turbulent one. After touching down on a field there, the plane crashed into a fence. Godoy ended up hitting his head on the aircraft’s dashboard and receiving a slight concussion. Notwithstanding this inauspicious way to finish his flight, Godoy was widely hailed for what he accomplished in the skies above South America. The National Congress of Chile awarded him 50,000 pesos, and the Aero Club of Chile presented him with a special medal. In addition, Godoy was promoted to captain. He would be honored as one of Chile’s leading aviation heroes for the remainder of his life. Godoy died in Santiago on September 8, 1960, at the age of 67.

Additional information on Dagoberto Godoy’s 1918 flight across the Andes is available at https://archive.org/details/reviewreviewsan20shawgoog/page/652/mode/2up?view=theater