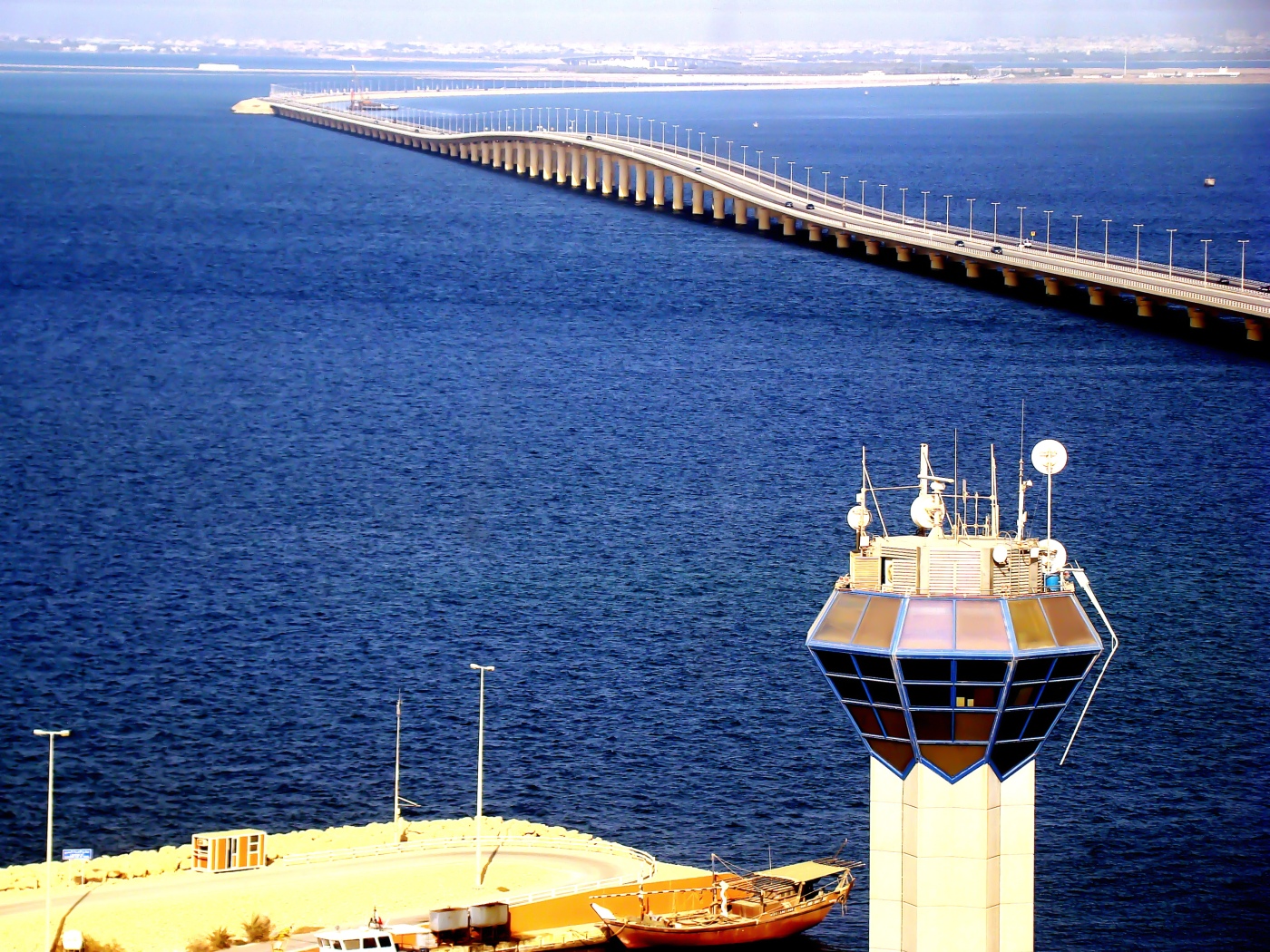 In Western Asia, a ceremony was held during a key phase in the construction of a series of bridges and causeways between Saudi Arabia and Bahrain. The ceremony involved Prince Khalifa bin Salman Al Khalifa, prime minister of Bahrain, pressing a button that installed a section of box girders developed for the project. This installation, which took place about four years after the project began, marked the first time that any of the structures actually connected both Arab kingdoms with each other.

The entire project was completed in 1986, with all of the bridges and causeways built across the Gulf of Bahrain officially opening in November of that year. Those on hand for this inaugural event included Isa bin Salman Al Khalifa, the emir of Bahrain, and King Fahd bin Abdulaziz Al Saud of Saudi Arabia.  With the consent of the Bahraini emir, the new combination of highway transportation infrastructure was collectively named the King Fahd Causeway in honor of the Saudi king. The 16-mile-long King Fahd Causeway continues to serve as a vital link for motor vehicles traveling between Saudi Arabia and Bahrain.